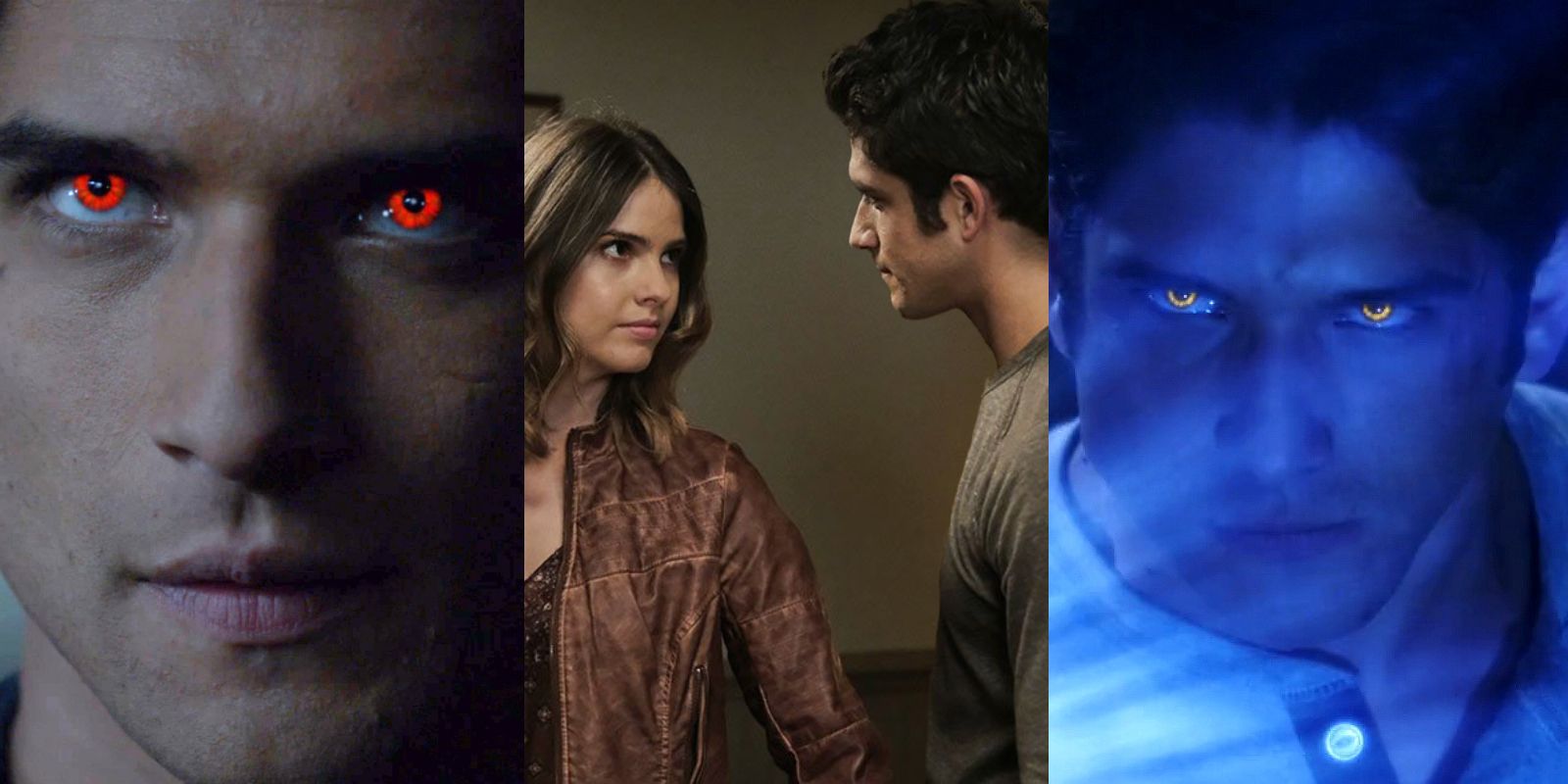 Protagonists tend to be widely hated or widely loved, with Scott McCall falling under the latter category in most instances. Fans can’t imagine anyone else as the lead of Teen Wolf, and a large part of it is due to Tyler Posey’s dedication to the role. Scott is a natural-born leader who always wants to do the right thing, which makes him easy to root for.

He’s such an inherently kind and selfless person that Scott rises as an alpha solely due to the content of his character. Because Teen Wolf spends so much time fleshing out Scott’s story, the audience tends to view him in a similar light. However, there are plenty of fans with unpopular opinions, and they take to Reddit to make their feelings known.

Scott and Stiles are the central relationship of Teen Wolf. Although it gradually turns into an ensemble as time goes on, the series boils down to their strong bond. Reddit user sswarez expresses the unpopular opinion that Scott/Derek is better than Scott/Stiles.

They write that they “enjoyed seeing Derek and Scott’s interactions,” more than those between Scott and his best friend. Different fans are drawn to different dynamics, but it’s easy to understand why the majority connect with Scott and Stiles. Stiles has had Scott’s back since day one, and the show can’t survive without them.

Scott Is The Worst Part Of Teen Wolf

He may be loved by many, but not everyone agrees that Scott is the most likable character in Teen Wolf. In fact, Reddit user seaxnymph thinks the complete opposite. They simply write that “Scott McCall was the worst thing about the show,” and several of the replies voice their agreement.

Even if viewers aren’t Scott’s biggest fan, there is no Teen Wolf without Scott McCall. He’s the catalyst of most major plot points and the series focuses on his journey. No matter which characters or relationships fans prefer, Scott is responsible for bringing the McCall Pack together.

Because of how quickly the two are thrown together, Malia tends to be Scott’s least popular love interest in the show. The majority of fans prefer him with Allison or even Kira, but Reddit user Melton_BK_21 expresses their honest opinion about Scalia.

They prefer Scott’s romance with Malia and love the chemistry between the two over his other relationships. However, the user admits that Teen Wolf did “try to pull it out of left field,” and is “disappointed that they didn’t start it in 6A.” If the seeds were planted earlier in the series, it’s unlikely this duo would be such a hated pairing.

Scott Shouldn’t Have Regained His Eyesight

Scott clawing out his own eyes to protect himself from the Anuk-Ite is the saddest moment in Teen Wolf Season 6. Thankfully, Scott is able to heal with Malia’s help, but Reddit user kyera310 wishes that things had gone a bit differently.

They argue that “it would have been more beneficial to the story,” if Scott had lost his eyes and made such a giant sacrifice. This does have some validity, but the majority of fans don’t agree with this sentiment. Unhappy endings are overrated, and the audience is able to make peace with the series finale due to Scott’s satisfying conclusion.

One of the most admirable aspects of Scott’s character is his capacity for forgiveness. He believes that everyone is capable of change and gives his enemies second chances. Reddit user K_Edwards_1705 writes that Scott “should have killed Monroe,” and needs to learn that “some people are just too dangerous to live.”

However, Scott tells Jennifer Blake that he’ll kill her if necessary, no matter what it does to the color of his eyes. If Scott truly thinks there’s no other way, he’ll do what needs to be done to protect the innocent. While others are blinded by revenge, Scott looks for the good in those who wrong him.

Scott and Allison are one of the most popular relationships in Teen Wolf, but Reddit user UrLocalNeighbourBob isn’t their biggest fan. They write that the couple feels “superficial” and “everyone, including Scott, always looked down on Allison.” At the beginning of the series, Scott does everything he can to keep Allison away from the supernatural world.

RELATED: The Best Character In Each Season Of Teen Wolf

However, it’s not due to a lack of belief in her as much as it’s about Allison’s believed lack of preparation. She might be good with a bow and arrow, but Allison isn’t even aware that werewolves exist until the second season. Scott shows concern for all of his friends, but he’s especially fearful for Allison—and even Stiles—due to their mortality.

Scott’s code of ethics is a major aspect of his character, but Reddit user tracyerikson doesn’t believe he’s all that virtuous. They wish Teen Wolf gave viewers “someone who exhibited virtues and morality, rather than someone who’s just friendly and nice.”

The user claims that viewers are only told about Scott’s righteousness when they should be shown firsthand. This is an unpopular opinion because Scott is constantly sacrificing himself for the common good. He does everything in his power to keep others safe from harm and believes protecting Beacon Hills is his responsibility.

Scott And Malia Are Like Joey And Rachel From Friends

It’s not uncommon for fans to think that Scott and Malia are one of the worst couples in Teen Wolf. However, comparing their relationship to Joey and Rachel in Friends is a unique point of view. Reddit user BCastle18 claims that the relationships are similar because they’re made up of “two main characters who were single” and “thrown together.”

Both romances are based on a strong friendship, but many believe that’s what makes them work so well. Still, Joey isn’t single when Rachel realizes her feelings for him, so they can’t be compared in this respect.

Breaking through the mountain ash barrier and becoming a true alpha is Scott’s most iconic scene in Teen Wolf. His morals prevent him from stealing another’s power, but he still rises based on sheer force of will. However, Reddit user Goober97 isn’t as impressed with this beloved storyline.

They write, “the fact that Scott is this all-powerful true alpha and can’t win a single fight is such a dumb plot,” and continue on to express how much it bothers them. This isn’t entirely accurate because Scott wins plenty of fights throughout the show. He only struggles when facing more powerful opponents, such as the nogistune. If Scott was more powerful than all of his enemies, the series would lack suspense.

Although the show focuses on Scott’s kindness and love for his friends, Reddit user Anxi0us-Intr0vert claims that “Scott was a major a*shole to Stiles throughout the series.” A surprising amount of replies agree with this opinion, pointing out how Scott believes Theo over his best friend.

While Stiles doesn’t deserve Scott’s treatment in Teen Wolf Season 5, it’s still a stretch to say he’s “a major a*shole.” Scott may be a true alpha, but he isn’t above making mistakes. He continuously prioritizes Stiles’s well-being and will do anything to keep him out of danger.

NEXT: 10 Shocking Plot Twists No One Saw Coming In Teen Wolf

Rachel Foertsch is a production intern and lover of all things television. Her TV reviews are featured on Rotten Tomatoes and she is currently a Staff Writer at ScreenRant. Additionally, Rachel has written for TV Fanatic, where she conducted onscreen celebrity interviews. You can follow her Twitter: @realrayrays for more content.

Gadgets Monster - 0
One of the finest actors of Bollywood, Shahid Kapoor, recently talked about an accident he had encountered, which left him with a busted lip...