Streaming5 Things Only A True Puneeth Rajkumar Fan Would Know

5 Things Only A True Puneeth Rajkumar Fan Would Know 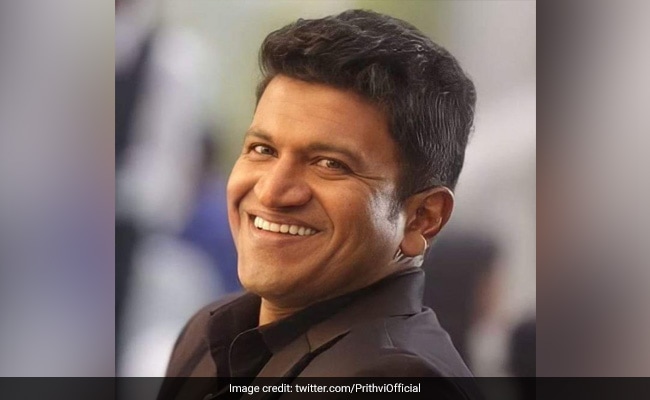 Kannada star Puneeth Rajkumar died of a heart attack in Bengaluru on Friday at the age of 46. The actor’s sudden death has come as a shock to his family, colleagues and fans. Born to South cinema icon Rajkumar, Puneeth Rajkumar was one of the most successful film stars in the country. His talent for acting matched his passion for singing. In addition to acting, he also took on the mantle of a producer and TV host to back projects he believed in. As fans and lovers of cinema mourn his death, we look at five little-known facts about Puneeth Rajkumar.

1. Puneeth Rajkumar was born to be a movie star. And, we don’t mean this lightly. In fact, his first acting role came to him when he was just six-months-old when he debuted in the 1976 film Premada Kanike. He even went on to win the National Award for Best Child Artist in 1985 for the film Bettada Hoovu. He has worked in nearly 15 films as a child artist and was referred to by his birth name Lohith.

2. “Power Star” Puneeth Rajkumar met his wife, Ashwini Revanth, through a mutual friend. Much like a traditional rom-com, the couple started off as friends, fell in love and married on December 1, 1999.

3. Puneeth Rajkumar’s love for singing is well-known. He sang his first song, Baana Dariyalli Soorya, in 1981 at the age of six. And, like a true hero, the actor made sure that the remuneration for songs he sang – that were not made by his family’s production house – went to charity. In addition to this, the actor was also a patron of several charitable causes.

4. Not just singing, the actor also had a flair for dancing. And what was his favourite song? Mithun Chakraborty’s I Am A Disco Dancer‘. He also admired the work of Pankaj Tripathi, who the actor said he wanted to meet at an event that saw the likes of Jeff Bezos in attendance.

5. While “Power Star” and “Yuvarathnaa” may be the popular monikers given to Puneeth Rajkumar by the media and the film industry, he was always referred to as “Appu” by his fans and colleagues. The name came from the first film that featured Puneeth Rajkumar in a lead role, the 2002 hit Appu.

Puneeth Rajkumar is survived by his wife and two daughters. He leaves behind a legion of fans and followers who are coming to terms with the loss of one of India’s brightest cine stars.