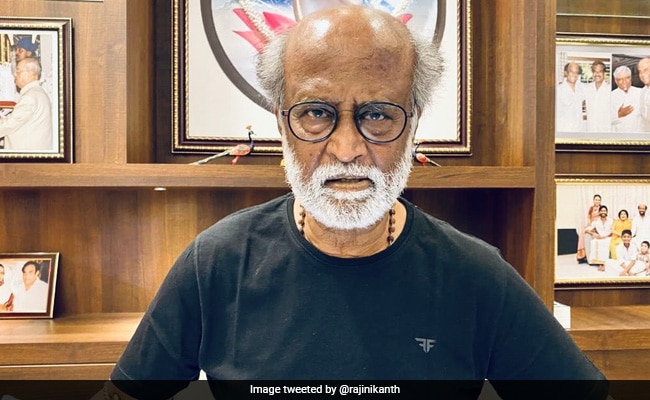 “Thalaivar is fine. Don’t believe rumours,” is the first official statement from superstar Rajinikanth‘s team a day after the actor was admitted to the Kauvery hospital in Chennai – “Thalaivar” or Leader is what fans call the actor. A voice message from Rajinikanth’s PR manager Riaz K Ahmed dismissed media reports that the 70-year-old has been diagnosed with a condition known as infarction. Rajinikanth was admitted to hospital after going there for a routine check-up. Tamil Nadu’s Health Minister Ma Subramanian  paid him a visit and said on Friday, “We have got in touch with the hospital, he (Rajinikanth) is doing well.”

A medical bulletin from Kauvery Hospital on Friday said that Rajinikanth had been admitted after a spell of giddiness and that he was advised a surgical procedure on the carotid artery that was successfully completed. He will be discharged in some days, the bulletin said.

Just a few days ago, Rajinikanth received the Dada Saheb Phalke Award – India’s highest film honour – in New Delhi at a ceremony presided over by Vice President Venkaiah Naidu. He was accompanied to the National Awards by daughter Aishwarya and son-in-law Dhanush, who received the Best Actor award. He returned to Chennai after meeting Prime Minister Modi and President Ram Nath Kovind.

While in New Delhi, Rajinikanth also launched Hoote, a new platform co-founded by daughter Soundarya. On Thursday, the superstar shared a message on Hoote about how much his grandson Ved loved the special screening of his upcoming film Annaatthe – it was Ved’s first in-person film experience with his grandfather. The film is slated for release on Diwali day.

Rajinikanth, who nursed political ambitions for over 20 years, decided to opt out before the assembly elections in Tamil Nadu earlier this year amid the pandemic citing his renal transplant and possible impact on others.