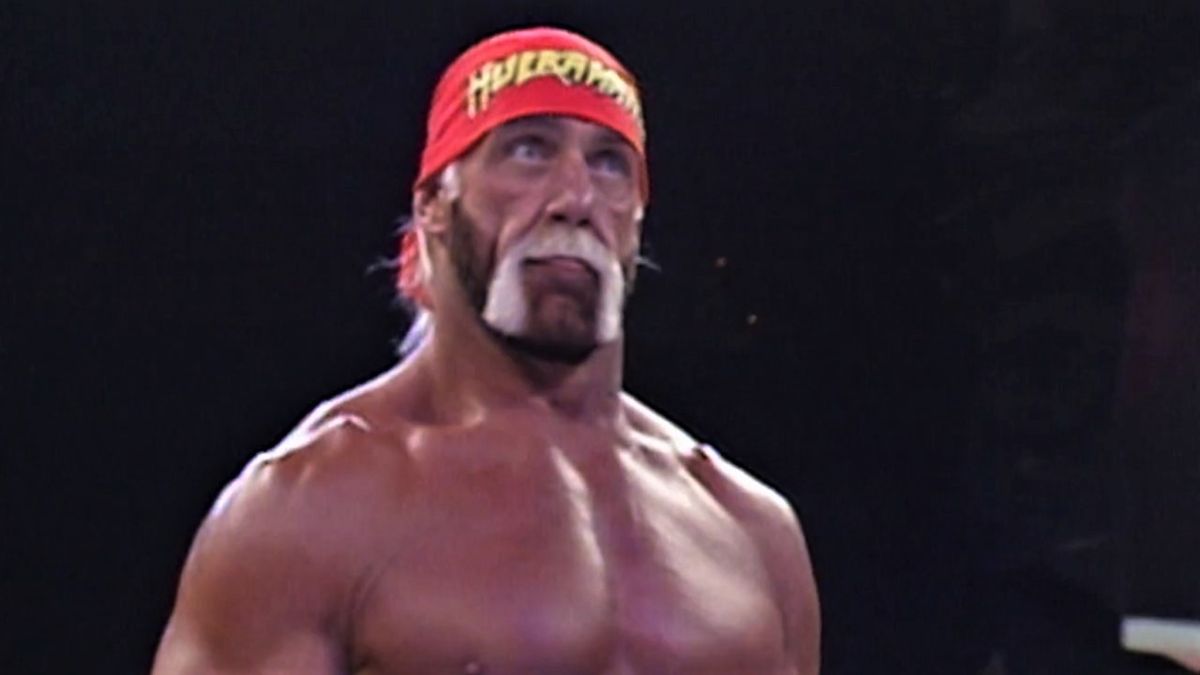 One can never really tell what is about to happen in the wrestling world, as it’s an industry based on shock and awe. However, we have come to expect a certain level of kinship between certain former WWE superstars. Hulk Hogan and Ric Flair are two of the biggest WWE champions to ever enter the ring, and though they’ve battled each other lots of times back in the day, they are actually pretty close in real life presently. Flair recently shared an update on Hogan’s health and said he was going through some pretty serious health issues. Apparently Hogan didn’t get that memo, considering he just revealed some serious muscles and weight loss for fans to see.

As fans were wondering what was actually happening with Hulk Hogan’s possible health issues, he took to his Instagram to display some seriously impressive biceps and announce he is now down to his 9th grade weight of 275 pounds. You can check him out in his post below:

Ric Flair and Hulk Hogan seem to have a pretty close friendship as fellow WWE vets, and Hogan even flew to visit Flair when he was in a medically induced coma a few years ago. Recently Flair revealed that his friend was having some health issues of his own and explained that Hogan’s wrestling career has led to a wild amount of surgeries in the last 10 years. The exact nature of the current health issues Flair referred to isn’t clear, but he does give Hogan the credit of saying that the former wrestler is staying in shape and is still able to work out 2 hours a day – a feat that not many people can claim for themselves, healthy or not. And it appears obvious in the pic above.

While we really won’t be able to tell what kind of health issues Hulk Hogan is facing until he comes forward with it himself or there is a major development in his health, we can certainly see that Ric Flair was accurate in saying that Hogan is still keeping up with his workout routines.

As impressive as this picture and the news of the 68-year-old former wrestler’s physical health is, I’m honestly more caught up in the fact that Hulk Hogan was one giant 14-year-old. For reference, Dwayne “The Rock” Johnson is built like, well, a rock, and weighs in around 270, but he hasn’t been in high school in quite some time.

What makes all the difference, though, is that Hulk Hogan is an absolute beast in the height department. While you’d never guess from many of his pictures without comparative context, Hogan stands at a whopping 6 feet, 7 inches, which puts him almost a foot over the male average for height. This could also help fans understand just how a post-pubescent teen could be that massive.

Fans don’t seem too phased by the idea of such a massive freshman, because they’re all hyping Hulk Hogan up in the comment section of his post. People are assuring the former wrestler that he certainly has still got it, and is still their Hulk.

Hopefully this new update from Hulk Hogan is proof that his health really isn’t as bad as Ric Flair made it out to be, and that he’ll be around and working those arm muscles out a lot longer. As pleased as fans are to see Hogan seemingly in great shape, they may be even more pleased to know that a new biopic of Hogan has been announced with Marvel star Chris Hemsworth taking the lead, especially since Hemsworth has the seal of approval from Hogan himself. There is no release date for the project yet or news on whether what we want to see in the film is going to actually happen, but stay tuned for updates.

Nick Offerman’s Role In HBO’s The Last Of Us Has Been Revealed, And It’s Perfect

Gadgets Monster - 0
Bollywood actors Vicky Kaushal and Katrina Kaif's wedding festivities are underway in Rajasthan with their families and some very close friends from the industry....

Nick Offerman’s Role In HBO’s The Last Of Us Has Been...