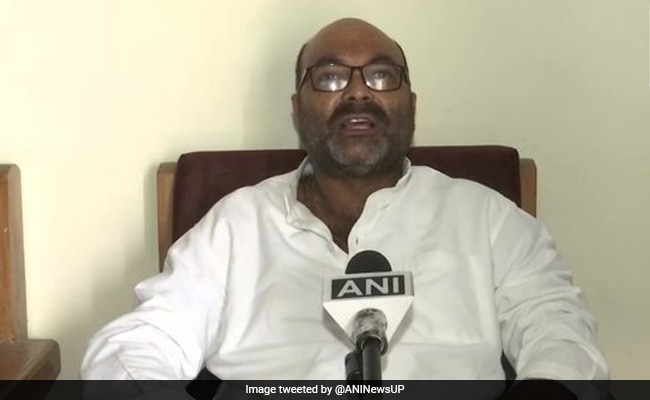 UP Assembly Polls: Ajay Kumar Lallu refused to predict the number of seats the party is targeting to win.

The Congress would go to the Uttar Pradesh assembly elections without a CM face but will fight under the watch of general secretary Priyanka Gandhi Vadra, whom the state party chief Ajay Kumar Lallu described as a “storm” that will help sweep the polls.

Mr Lallu said the way Priyanka Gandhi is raising various issues in Uttar Pradesh, the Yogi Adityanath government is feeling threatened by her.

However, Mr Lallu refused to predict the number of seats the party is targeting to win, but claimed that they would come to power with full majority.

Congress had won only seven seats in the 403-member Uttar Pradesh assembly in the 2017 polls. “There is a current (of the party) on the ground. The way in which organisational work has been done in the party, and the way in which a team built, the result is that today we are capable of doing anything,” Mr Lallu, president of the Uttar Pradesh Congress Committee (UPCC) told PTI in an interview.

“We are demonstrating this organisational strength again and again. The notion that we are nothing in UP has changed. There is a storm in UP and its name is Priyanka Gandhi,” Mr Lallu said.

“It will help Congress sweep the upcoming polls,” he added.

Asked why the party has not declared its chief minister candidate, he said, “The CM face is decided by the party’s national leadership. But the in-charge of UP is Priyanka ji and the elections will be contested under her watch”.

“We are going to form the government with full majority,” he said.

The AICC general secretary tasked with regaining the party’s lost ground in the political heartland, however, was non-committal about contesting the upcoming state polls herself.

“It has not been decided as yet,” she said earlier this month in response to a question on the possibility of her contesting the polls.

Reacting to Priyanka Gandhi being dubbed as a “political tourist” by the BJP, Mr Lallu said, “Be it Priyanka ji or our party workers, everybody is targeted. In the last three months, Congress workers have faced lathis and gone to jail. The government has adopted a path of oppression against us.”

“But I think that the way in which Priyanka ji has raised the issues of women safety, farmers and unemployment, it has given new energy to the Congress. The government is feeling completely afraid, and hence resorting to such acts,” he claimed.

Attacking the Samajwadi Party for alleging that the BJP was helping Priyanka Gandhi to harm the Akhilesh Yadav-led party, the UP Congress chief said, “The SP is engaged in spreading this propaganda. It has lost the confidence of the public.”

Referring to the six BSP legislators and a BJP MLA joining the SP, Mr Lallu said no matter how many MLAs the party manages to get in its camp, it is the Congress which will form the next government in the state.

“It is only the Congress which can give a fight to the BJP because it has an ideology and is a synonym for struggle has people’s trust,” Mr Lallu said.

The SP cannot challenge the BJP because in the last four-and-a-half years, the people of the state have seen what the SP has done, Mr Lallu said.

The UP Congress president also said that a person who wishes to “fight” this (BJP) government will stay in the party. On being asked as to who is the main challenger to the Congress, Mr Lallu said, “The SP and BSP come to contest polls, while the Congress raises the issues of public interest and struggles for it.”

“We are confident that the people are going to shower their blessings on the Congress,” he added. On the question of electoral alliance, Mr Lallu said, “We will have alliance with villages, poor people, farmers and the common man.”

On Congress leaders including Priyanka Gandhi going to temples, which the BJP has claimed as its “ideological victory”, Mr Lallu said, “We believe in all religions and have faith in all religions. We do not make an event out of everything like the BJP does.”