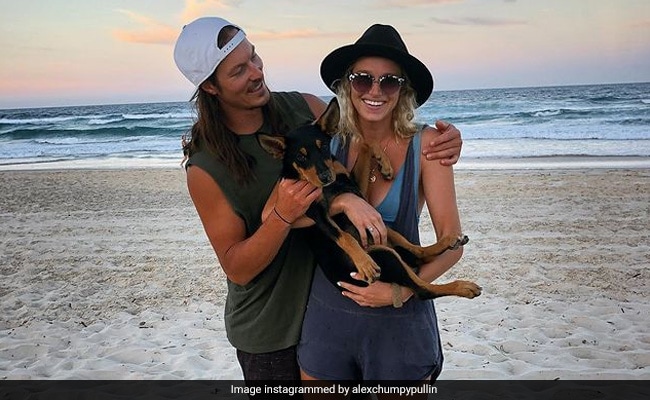 Alex and Ellidy Pullin had been trying for a baby when he died last year.

Ellidy Pullin, the widow of Alex ‘Chumpy’ Pullin, has given birth to their daughter 15 months after the Australian Olympic snowboarder died in a spearfishing accident. The baby has been named Minnie Alex Pullin, Ellidy Pullin announced on Instagram.

Alex Pullin, a two-time world champion snowboarder, was 32 when he was killed in the fishing accident off the Gold Coast of Australia in July 2020.

The couple’s baby was conceived via IVF or in vitro fertilisation. “We did that sperm retrieval process, of course, because Chump passed away, to get his sperm. The doctor did hand select the best viable sperm out of the millions and popped it straight into the egg,” Ellidy Pullin was quoted as saying by CNN.

Ellidy Pullin had announced her pregnancy back in June, saying that she and her late husband had been “dreaming” for years about having a baby. The couple had been trying for a baby when the Olympian died in the tragic accident.

“When my love had his accident, we all held onto hope that I’d be pregnant that month,” Ellidy Pullin had revealed in her pregnancy announcement on Instagram. “We’d been trying for a baby. IVF was on our cards but it wasn’t something I ever imagined I’d be tackling on my own,” she said, describing the experience as bittersweet.

Her pregnancy was well-documented on Instagram. In one post, Ellidy wrote: “I will continue to carry the torch of our future, and soon a little piece of Chumpy will be back in my arms again.”

Before his death, Alex ‘Chumpy’ Pullin is believed to have been spearfishing alone at an artificial reef. He was found unconscious on the bottom of the ocean without his oxygen mask by another diver. Lifeguards attempted to resuscitate him on the beach but were unsuccessful in their attempts.

Betty White’s Beautiful Life to Be Celebrated With NBC Special