GamesAll you need to know about the upcoming Call of Duty: Mobile...

All you need to know about the upcoming Call of Duty: Mobile – Season 9: Nightmare update | Digit

Call of Duty: Mobile’s next major update is all set to release tomorrow. Called Season 9: Nightmare, the update will include a Halloween theme. As with any major update to the game, players can expect a host of new additions, which include maps, weapons and more. The update will also feature Billy the Puppet from the Saw franchise along with a number of other Saw-themed items.

The Season 9: Nightmare update for Call of Duty: Mobile is scheduled to launch from October 21, 5:30 am IST. It should be noted that the exact time of rollout might differ for players.

The Undead Siege mode saw the (temporary) return of zombies to Call of Duty: Mobile. Season 9: Nightmare will see the mode return albeit with a few tweaks. This time around, players can expect more zombie types in Casual difficulty. Further, there will be new daytime missions for players as well as many zombies and turret-related easter eggs that players can explore.

The Hovec Sawmill is the newest map that will be added to the game. This is a medium-sized map that is set in a small, abandoned village in Eastern Europe. The map was first introduced in Call of Duty: Modern Warfare.

The update will also see the return of the Halloween-themed version of the Standoff map. This has become somewhat of a tradition with Call of Duty: Mobile and was first seen in the first year of the game. 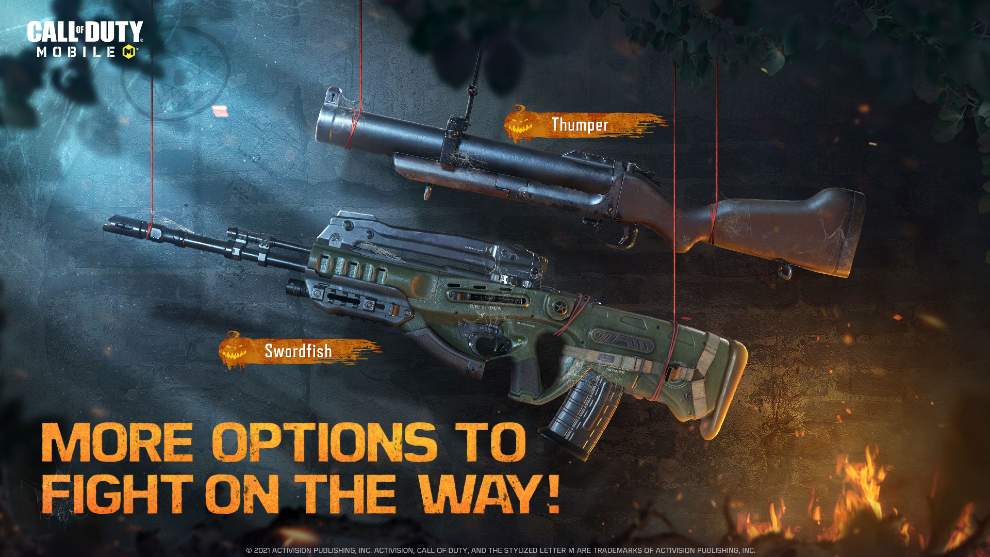 The new update will also see the addition of two new weapons to the game. This includes the Thumper grenade launcher and the Swordfish assault rifle. The latter will be available to all players once they reach level 21 in the free Battle Pass.

Players will also get the chance to unlock the Tak-5 Operator skill, the Flash Drone tactical equipment and the Pumper BR class. You can learn more about the update here.

Also read: Call Of Duty Vanguard Releases On November 5th And We Got A Sneak Peek At What The Game Has To Offer