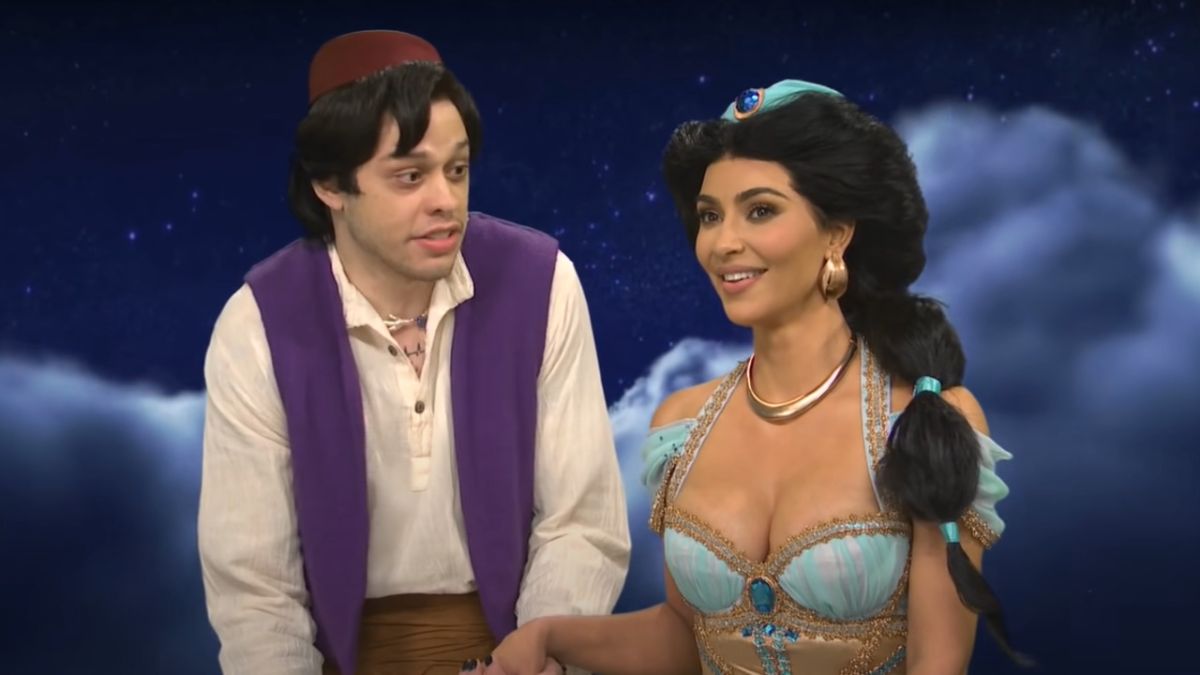 Over the years, the public has seen some intriguing celebrity pairings, to say the least. However, I don’t think anyone could’ve predicted that reality TV star Kim Kardashian and Saturday Night Live breakout Pete Davidson would find love with each other. The rumors seemed a bit far-fetched when they first surfaced a little less than a month ago but, now, the two seem to be going public with their relationship. And amid their apparent whirlwind romance, Kenan Thompson and other SNL cast members have chimed in with some honest thoughts.

Since the onset of the reports, the two stars have been photographed spending time together on a number of occasions. A few of their apparent rendezvous have actually taken place in New York, which is where the comedian works on the NBC sketch show. With this, it’s only natural that his co-stars would, at the very least, be aware who their co-star is hanging out with. Kenan Thompson didn’t seem to know all of the details when he was recently asked, but he still provided a sweet and upbeat response to the reports on his “little brother” and his lady:

Kim Kardashian and Pete Davidson were first spotted holding hands at an amusement park over Halloween weekend, during which they were accompanied by Kourtney Kardashian and Travis Barker. Initial reports indicated that the two were only friends and ran in the same social circles. Needless to say, things certainly seem to have escalated since then. While talking with People alongside his co-stars at the American Museum of Natural History’s 2021 Museum Gala, SNL star Bowen Yang also shared some thoughts on the stars:

Based on photos that have been revealed, Bowen Yang’s sentiments definitely seem to ring true. In fact, the development that seemed to confirm the relationship was a photo (courtesy Flavor Flav, for some reason) that showed the happy pair sporting matching outfits, alongside Kris Jenner. Chris Redd looked to this very snapshot when giving his two cents on how things are playing out:

As of right now, the two celebrities have neither explicitly confirmed nor denied that something is going on between them. Pete Davidson, for his part, has actually taken to trolling fans about his love life (in a pretty great way, I might add). Meanwhile, Kim Kardashian’s friends, who are allegedly the ones who convinced her to go for the romance, are also seemingly cautioning her “not to get too carried away” with Davidson. One would think that things are moving right along, especially if coordinated clothing is involved.

Regardless of the nature of their relationship, it would seem that the pair have the support of members of the Saturday Night Live family. They’ve certainly proven to be a tight-knit bunch, so such positive comments are to be expected. We’ll see how things play out and, given the alleged couples’ tendency to joke about their personal lives on SNL, maybe we’ll get an on-air announcement of sorts sometime soon.

MODOK Has a Major Role in Ant-Man 3, But It’s Not Jim Carrey Playing the Marvel Villain?

Grey’s Anatomy’s T.R. Knight Was Spotted On The Set, But Is He Filming New Episodes?

Gadgets Monster - 0
While the wedding celebrations of the Bollywood's most loved couple Vicky Kaushal and Katrina Kaif are currently underway at the Six Senses Fort Barwara,...

Grey’s Anatomy’s T.R. Knight Was Spotted On The Set, But Is...