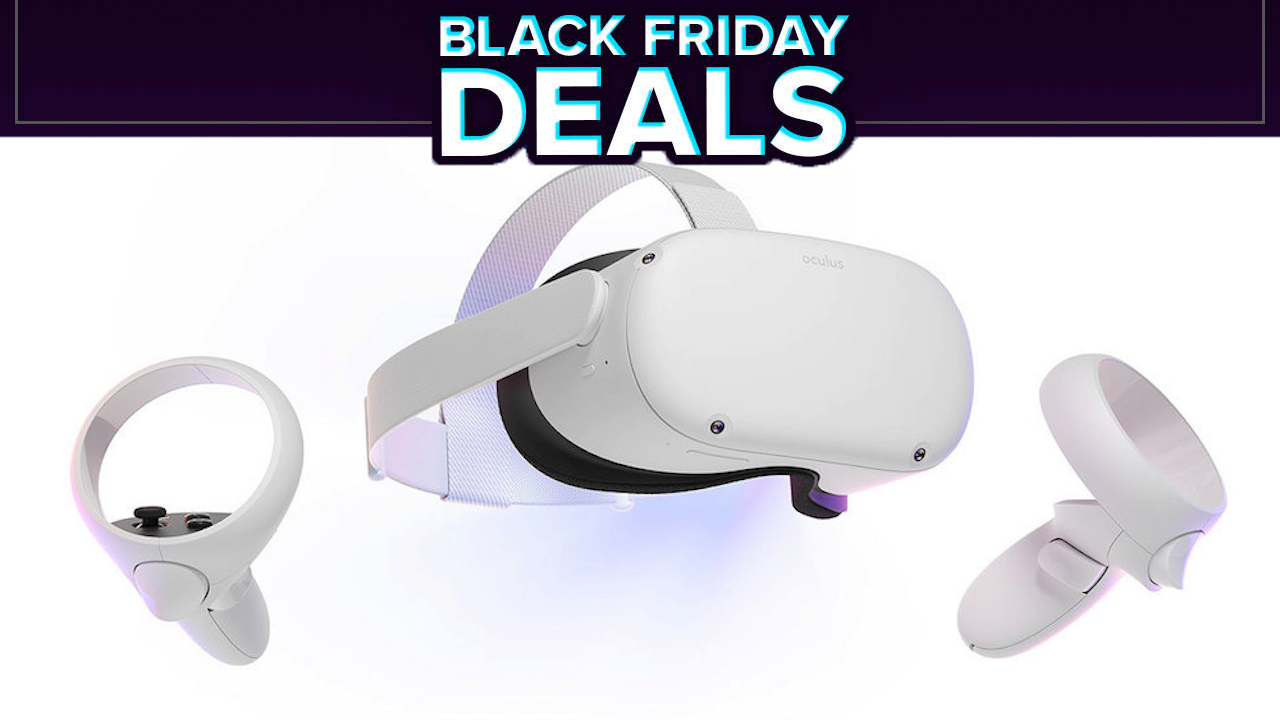 The Oculus Quest 2–now officially known as the Meta Quest 2–is our pick for the best VR headset you can buy during this festive week, with a great library of games and the inside-out tracking allowing for truly untethered gaming anywhere from your living room to the park. And while its $300 price for a 128GB model is already fairly low, there are a couple of Black Friday deals available now. Walmart is giving away a free carrying case (valued at $50) with the purchase of the 128GB Quest 2, while Target and Best Buy are throwing in-store vouchers to the value of $50 with the purchase of either the 128 or 256GB models.

Walmart, Best Buy, and Target have a great deal on the Oculus Quest 2. Right now, you can get the official Oculus Quest 2 carrying case for free with the purchase of the 128GB model at retail price. The case is valued at $50, so this is arguably better than saving on the headset outright.

Target and Best Buy’s deal doesn’t include the case, but it does include a $50 store voucher which you can use to buy the carrying case, so it all works out well.

History points to sales across both hardware and the software library for Oculus Quest 2. Past Black Friday sales have included discounts on the Oculus Quest headset, as well as compatible accessories, at a variety of retailers. The game store has offered special discounts during this period, as well, giving you a chance to build up your catalog as soon as you get the headset.

The Quest platform shows no sign of slowing down, with Ubisoft creating new experiences based on the Splinter Cell and Assassin’s Creed brands and a new port of Resident Evil 4 recently launching on Quest 2. Certain games are exclusive to Quest 2 and cannot be played on Quest 1, so you may want to upgrade.

Sony May Be Making a PlayStation DualShock-Like Controller for Smartphones

That Time Will Smith Played One Of Jada Pinkett Smith’s Sex...

Gadgets Monster - 0
For months now, Will Smith and Jada Pinkett Smith have been spilling secrets about their 27-year relationship. The Hollywood couple has spoken about the...

Why Does Hawkeye Have A Hearing Aid?

That Time Will Smith Played One Of Jada Pinkett Smith’s Sex...