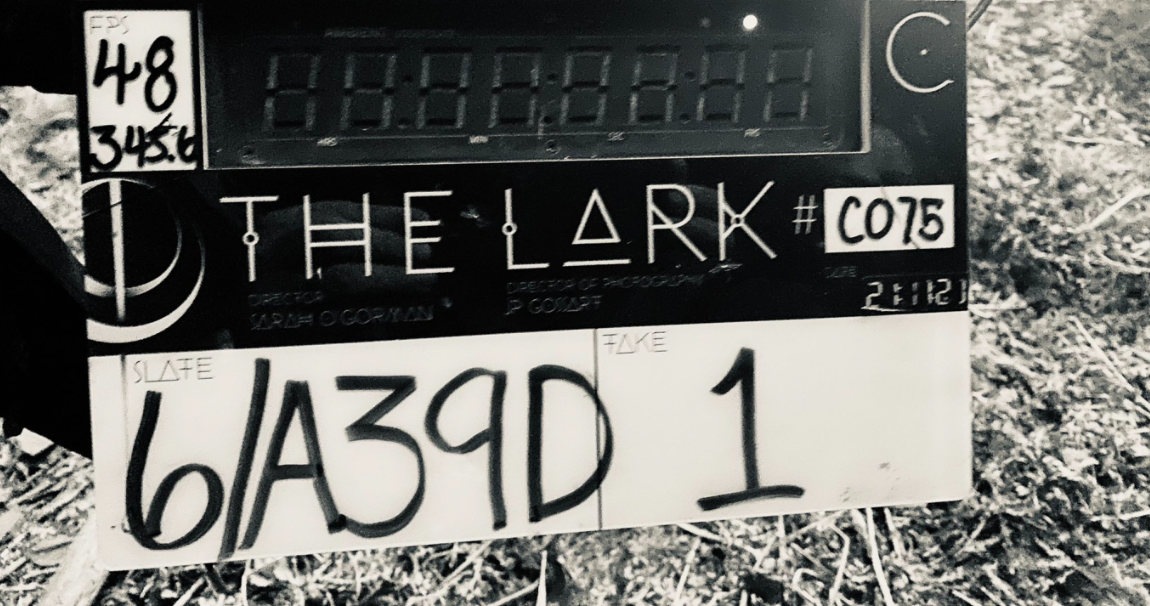 The Witcher spin off series Blood Origin has wrapped filming, and showrunner Declan de Barra celebrated by sharing a behind the scenes image.

Netflix’s The Witcher has become another big franchise for the streaming platform since the first season premiered late 2019, and one of its many spin-offs, The Witcher: Blood Origin has now wrapped filming. Showrunner Declan de Barra shared a behind the scenes image on Twitter as he announced the news that the live action prequel series has completed principle photography. Like the flagship series, the prequel is based on the novels of Andrzej Sapkowski and will continue to expand the world of The Witcher being explored to its fullest extent by Netflix.

In his celebratory post, de Barra says, “And that’s a wrap on The Witcher – Blood Origin! First slate to last…” He included a shot of himself on the set in the U.K. as well as one of the last clapperboard used in the production. The Witcher: Blood Origin has yet to get an official premiere date, but it is expected to fall in sometime late 2022.

Taking place 1200 years before the events of the first season of The Witcher, the series will tell the story of the first monster hunting mercenary and their purpose on The Continent, as well as delving into the history of the ancient Elven civilization that existed there. For fans of the franchise, de Barra has already whetted their appetite for more by suggesting that there could be more than one season of the prequel, even though the story told in Season 1 has a defined ending.

Speaking about the series earlier this month, Netflix executive Kelly Luegenbiehl commented, “”With shows of this size and scope and scale, you really do have to plan years and years in advance. So I think in best execution — and as long as people are still loving the stories — there’s a lot more that we can do in this world.”

While video game aficionados have been enjoying the world of The Witcher for some time now, the Netflix TV series has brought the Polish novel series to a whole new audience, and along with the likes of The Wheel of Time and upcoming Lord of The Rings has proved that high fantasy is once again alive and well, and more importantly can now be translated to screen with the use of current technology that just wasn’t advanced enough a few decades ago. As with every epic fantasy, there is a lot of history involved in the franchise and Netflix are certainly jumping in with both feet.

The second season of flagship series is set to premiere this December, and the third season is already in production. We have already seen spin-offs include the animated movie Nightmare of The Wolf, which arrived in August this year, and plans revealed in the last few months at events like Netflix’s TUDUM have seen the announcement of another animated movie being in the works as well as a spin-off aimed at children also heading to the platform in the next year or so, and with more books still to be adapted and potentially new material to be added, The Witcher is here to stay for a while.

Ernie Hudson described how it felt to wear the proton pack once again after so many years and it transported him right back to the 80s.