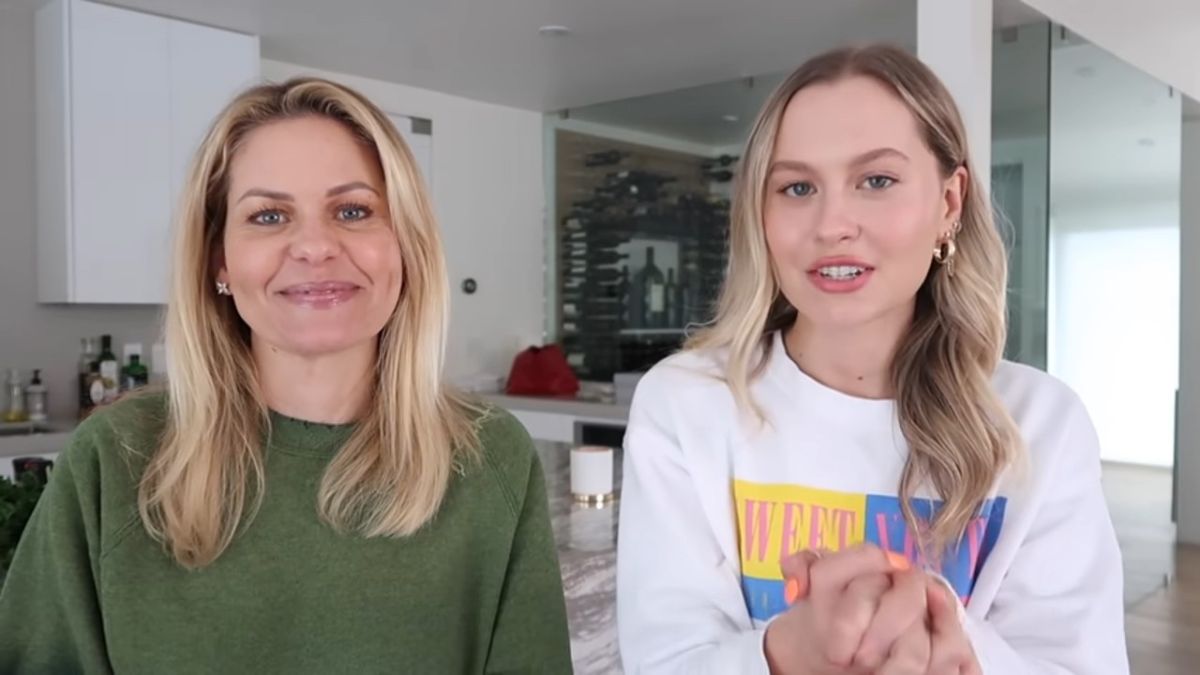 When it comes to social media, Candace Cameron Bure is known for sharing bits and pieces of her life. But certain posts can have unexpected reactions, as Cameron Bure found out last year when she posted her now-famous boob-grab photo featuring her husband, Valeri Bure. As a result, over the last year, the Hallmark star has answered multiple questions about the viral moment. While the actress has since given her stance on the pic, her children haven’t actually weighed in on the matter for themselves. Now, her daughter, Home Sweet Home Alone star Natasha Bure, finally gave her take on her parents’ now-famous photo.

Their social media followers already know how close Candace Cameron and Natasha Bure are. Their mother-daughter bond has been on display multiple times. So it’s honestly a bit strange that the infamous photo hasn’t been a topic of conversation for them until now. When finally acknowledging the viral post, the younger Bure opened up to Us Weekly and, apparently, she sees a little bit of humorous irony when it comes to the situation:

This definitely tracks, as many kids love to see their parents (no matter how famous they are) in funny and somewhat awkward situations. Ahead of the backlash, the moment was meant to be a nice married couple photo, showing the two in a funny moment together. So Candace Cameron Bure and her hubby were certainly taken aback when they unintentionally stirred up social media users. Still, Bure and her daughter are not strangers to controversy that can stem from social media. All, things considered, Natasha (and presumably her parents) may now have a more upbeat perspective on the matter, based on her comments anyway.

But as Natasha Bure pointed out, can you even imagine rarely popping up online and then suddenly going viral? That would deter any person from participating in social media activities.

While the up-and-coming star does find humor in this situation, she’s not eager to see everything her mother shares, particularly tidbits regarding her parents’ sex life. The star revealed she doesn’t pay attention to her mom’s sexy Instagram stories with her dad. I mean, the mother-daughter duo are close, but there still have to be boundaries, right?

Nevertheless, Natasha Bure has begun following in her mother’s footsteps with her role in Disney+’s Home Sweet Home Alone. And her mom is still putting in work as well, as she has multiple Hallmark movies in the pipeline. But despite how busy mother and daughter might get, they’ll likely still make time for social media. I just wouldn’t expect any more boob-related photos to be going online in the near future.

‘Daredevil’ Showrunner Has No Idea if the Series Is MCU Canon

‘Daredevil’ Showrunner Has No Idea if the Series Is MCU Canon