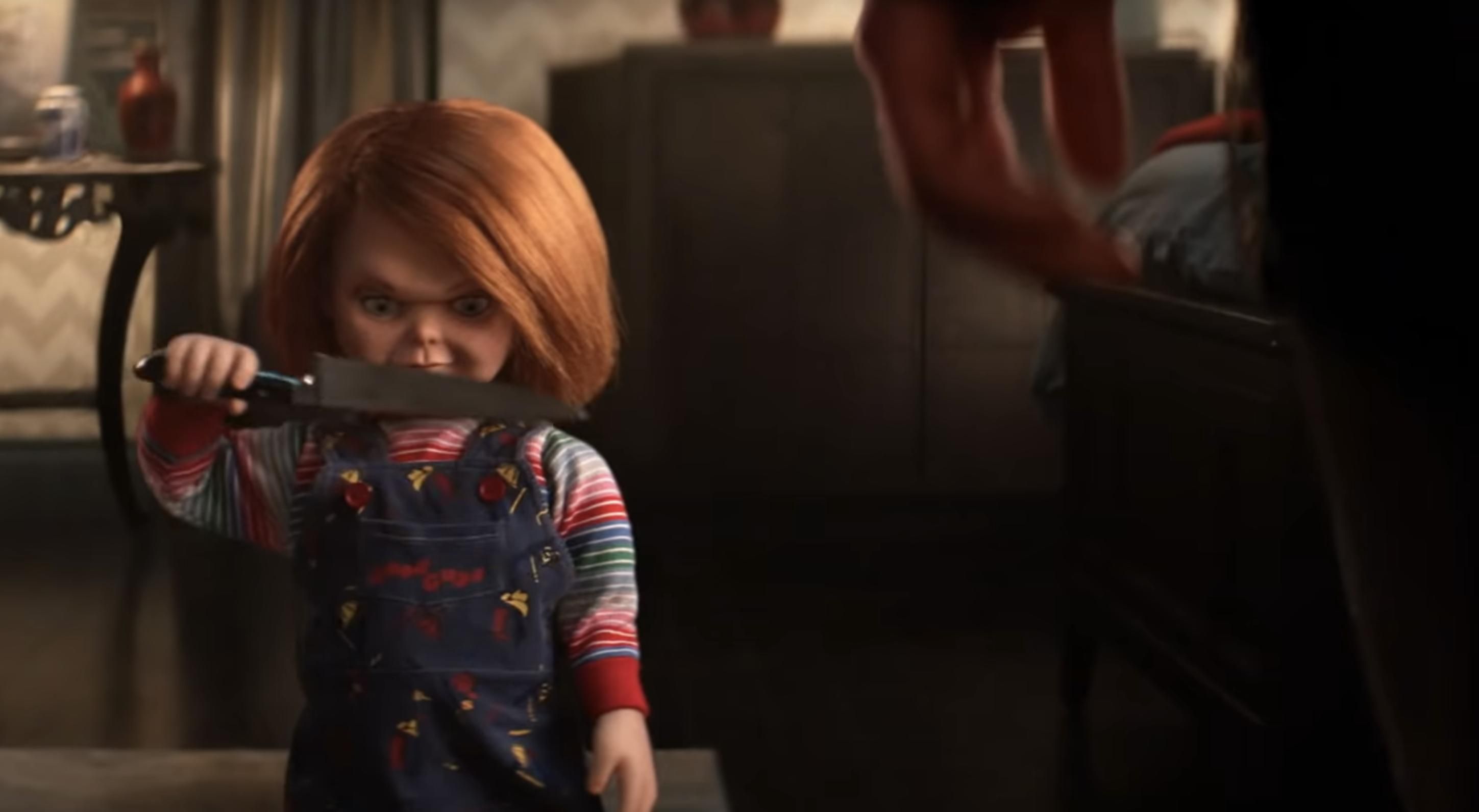 It is hard to believe that the return of Chucky in Don Mancini’s TV series is almost at the end of its first season, but ahead of next week’s eighth episode, the new trailer shows the demon doll is not going out quietly and is instead bringing a whole army of Chuckys to play. The final episode is entitled “An Affair to Dismember” and according to the synopsis, “Scores old and new will be settled, and sparks will fly, as Chucky’s diabolical plan comes to fruition at a particularly dangerous–and public–venue.”

The transition of Chucky to the small screen has been a wicked joy to watch, with familiar faces and newcomers combining to bring the killer plaything a whole new lease of life, and it all culminates next week with Tiffany – played by the brilliant Jennifer Tilly – having brought together an entire army of Chucky dolls all possessed by the spirit of Charles Lee Ray, Nica Pierce’s personality split with that of the killer, and Chucky’s old enemy Andy heading for another confrontation with his old “friend”.

Last week Fiona Dourif, who plays Nica, teased that fans are not prepared for the “bonkers” finale that is heading their way. Being the daughter of Chucky actor Brad Dourif, she also took on the role of playing a young Charles Lee Ray in flashbacks in the series, which saw her voice combined with that of her father’s in the episode “Little Little Lies”.

“They made that decision way late,” she told Bloody Disgusting. “It was originally my voice, and I was doing a copy of his. I think they made the decision to dub my dad because it also sounded like Nica possessed. They thought that would be confusing. I was surprised; they made that decision very late too. I almost don’t know how to describe how strange it is to see the remnants of my features with my dad’s face and voice on top of me.”

When asked about the finale, she wouldn’t spoil it but did say that there is a wild ride coming.

“I’ll tell you this; the finale is bonkers. It just gets so crazy and goes places that I wasn’t expecting. And while we were making it, there were times where it was like three in the morning, and we were sitting behind these monitors, with all the puppeteers and Don [Mancini]. We’re just giggly with glee and laughter. We had real freedom to make it really crazy, and we had a lot of fun. I think the fans are going to like it also. I have a good bit of confidence.”

Chucky has managed to capture the tone of the Child’s Play movies perfectly, and having Mancini as the driving force behind it has clearly worked a treat in preventing someone else from coming in with new ideas of what Chucky should be and completely changing the character, design or story, which was the case in the movie remake in 2019.

You can catch the final episode of the season on Tuesday on SyFy and USA Network.

Discover the origins of the very first independent intelligence agency in The King’s Man.