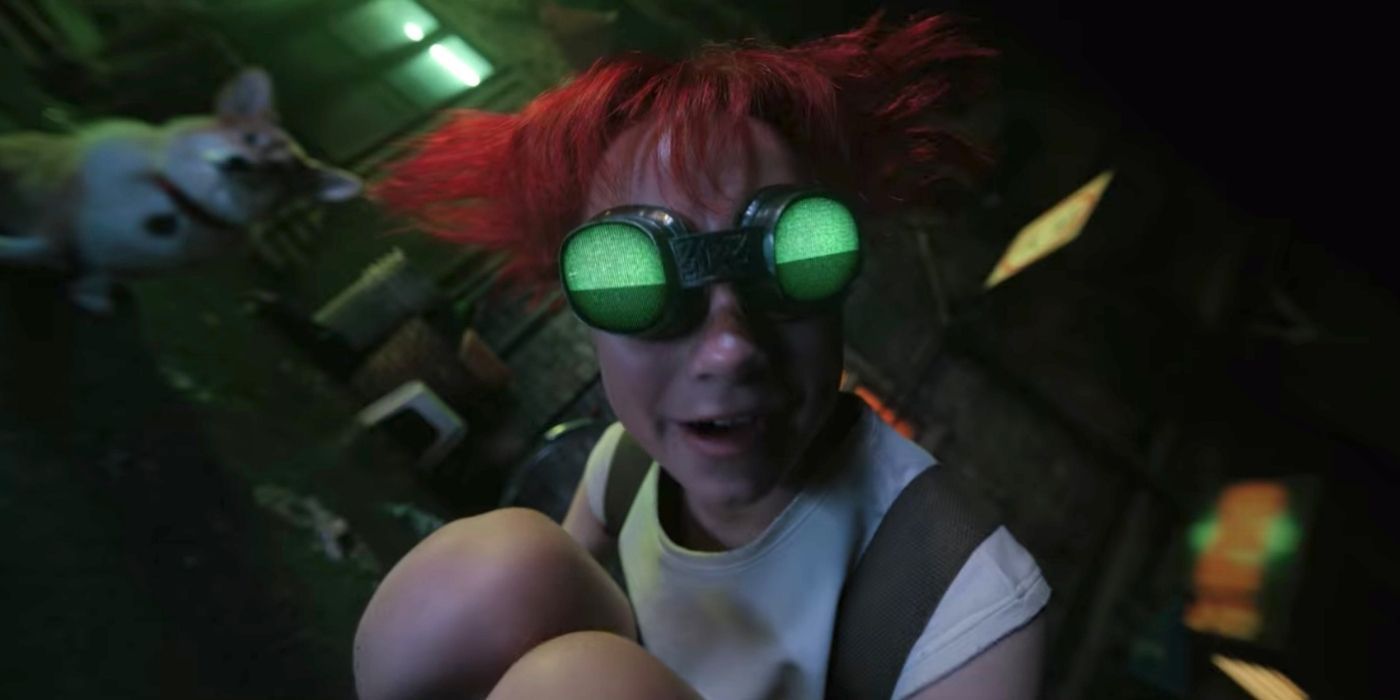 Cowboy Bebop actor Eden Perkins breaks their silence about their surprise appearance as Radical Ed during the final scene of season 1 on Netflix.

After initially airing in 1998, Cowboy Bebop only ran for 26 episodes, though its imprint has been monumental, inspiring multiple manga series, video games, and even an animated movie in 2001. The latest iteration of the popular anime series is Netflix’s live-action adaptation developed by André Nemec (Mission: Impossible – Ghost Protocol) and written by Christopher Yost (Thor: The Dark World). Like the anime that inspired it, the series is set in 2171 and follows a ragtag group of bounty hunters led by Spike Spiegel (Cho) as they pursue their targets in a spaceship known as the Bebop.

Related: Why Netflix’s Cowboy Bebop Isn’t As Good As The Anime

Now that the first season of Cowboy Bebop is available to stream on Netflix as of November 22, the actor behind one of the show’s surprising character reveals is finally able to speak publicly. During the special after the show, Cowboy Bebop: Unlocked (per Comicbook), Eden Perkins broke their silence about being cast as the fan-favorite character, Radical Ed, in Netflix’s live-action adaptation and shared their thoughts on the character overall, their favorite Ed moment from the original anime, and getting into costume for the very first time. Read what Perkins had to say below:

Ed is such an amazing character. She’s just so incredibly lively, and she just brings energy wherever she goes. Looking at all the scenes from the anime of Ed, she’s just so cool. She’s an amazing character, and I really relate to her actually and it was so, so incredibly exciting being cast as her. One of my favorite Ed moments from the anime is definitely when there’s a bounty on the Bebop, and he’s being mean to Ein and Ed just comes down, bonks him on the head and starts biting him. It’s truly amazing. Getting into costume for the first time, Ed’s so cool. I love her costume so much. It’s very free and movable I suppose, which suits Ed very much. And the wig. The wig is so cool. It’s so spiky and I desperately want to touch it, but I don’t cause otherwise I would mess it up…it’s such a cool costume.

Since Netflix’s promotional campaign for Cowboy Bebop focused mainly on the trio of Spike, Jet Black (Shakir), and Faye Valentine (Pineda), coupled with the fact that they would not comment on Ed’s involvement, many fans began to suspect the show might not include them as a member of the Bebop crew. However, now that season 1 is streaming for all to see, it is clear Netflix was merely trying to preserve the surprise, as Radical Ed shows up during the final scene.

The teenage hacker is primed for a larger role in season 2, with Netflix’s Cowboy Bebop garnering such mixed reception from fans and critics alike; it’s unclear if that will happen. Suppose Netflix does decide to move forward with another installment. In that case, it could draw heavily from the 2001 animated film considering that Ed offers Spike a bounty to catch  Vincent Volaju, aka the Butterfly Man, during the final scene, who is the main antagonist from the movie.

Next: Who Appears At The End Of Cowboy Bebop?

Adam Bentz is a movie and TV news writer for Screen Rant. From a young age, Adam has been interested in a wide range of movies and television, but it was talented auteurs like Quentin Tarantino, Paul Thomas Anderson, and Aaron Sorkin who ultimately sparked his interest in the craft. Motivated by his love for the screen, Adam studied creative writing with a concentration in screenwriting at Southern New Hampshire University.

After graduating, Adam interned as a writer with The Borgen Project, a nonprofit organization working to end extreme poverty. Other than writing for Screen Rant, Adam reviews films on his website adambentz.wordpress.com