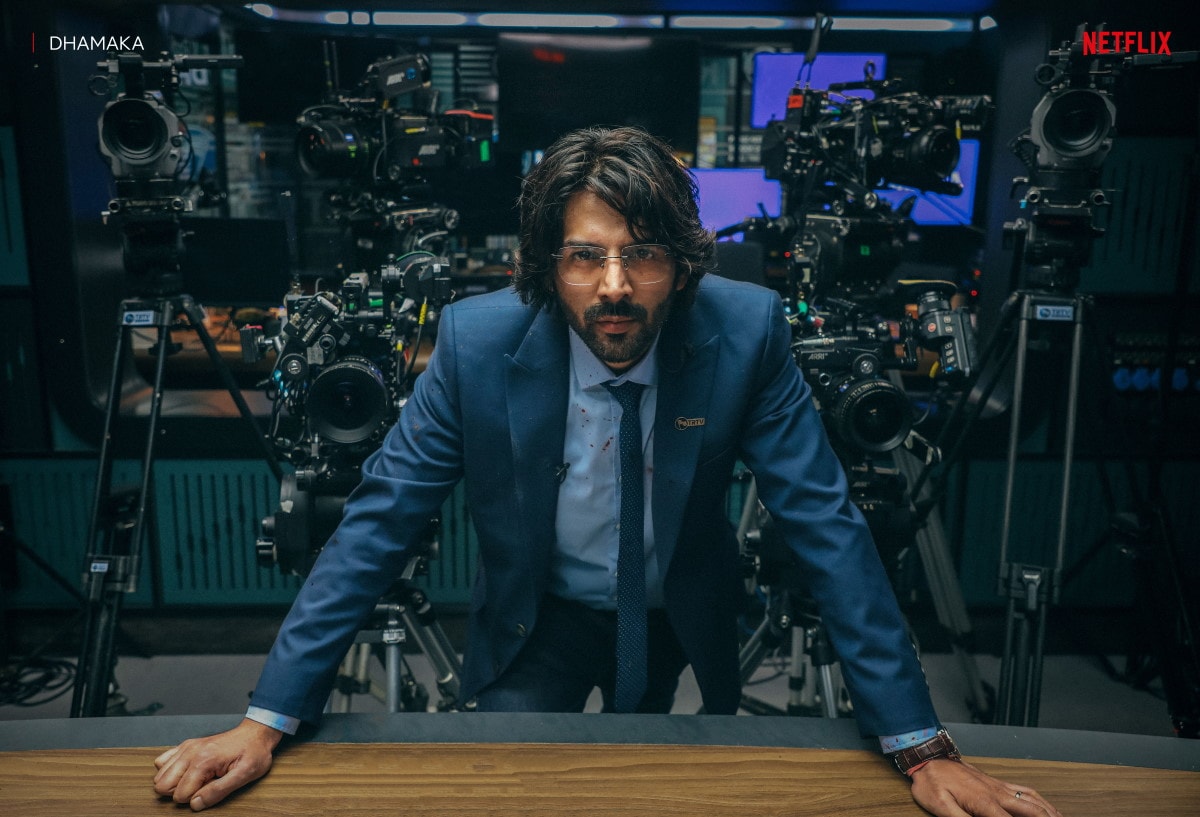 Netflix has announced three original titles from India for November so far. Neerja director Ram Madhvani returns with Dhamaka on November 19. Dhamaka is a remake of a South Korean thriller about an infamous TV anchor who uses a developing terrorist attack for his own gain, and it stars Kartik Aaryan, Mrunal Thakur and Amruta Subhash in the lead. In Meenakshi Sundareshwar on November 5, Sanya Malhotra and Sanya Malhotra have to live in different cities after their unique arranged marriage due to a job that requires men to be single. R. Madhavan and Surveen Chawla are an estranged couple living under the same roof in Decoupled, also coming to Netflix in November.

Internationally, Dwayne Johnson and Ryan Reynolds become an unlikely team to catch Gal Gadot in the action thriller Red Notice, releasing November 12 on Netflix. Jonathan Majors, Idris Elba, Regina King, Zazie Beetz, and LaKeith Stanfield star in the Western film The Harder They Fall, out November 3. Vanessa Hudgens has a triple role in The Princess Switch 3: Romancing the Star, available November 18, where a robbery of a priceless relic forces royal look-alikes (Hudgens) to turn to a doppelgänger for help.

From Eternals to Dhamaka, What to Watch in November

Kevin Hart and Wesley Snipes star in a crime thriller miniseries executive produced by Hart and Narcos’ Eric Newman — it’s called True Story and it’s dropping November 24. Speaking of Narcos, the third and final season of its follow-up Narcos: Mexico is coming to Netflix on November 5. Diego Luna’s cartel boss is gone, with the vacuum leaving room for new players and more mayhem. And speaking of mayhem, Tiger King 2 is coming November 17, taking us further into the lives of Joe Exotic and friends.

With that, here’s the full list of movies and TV shows coming to Netflix India in November 2021. We’ve marked Netflix Original titles in bold.

November 3
The Harder They Fall
Lords of Scam
Oga Bolaji

November 7
Arcane: Season 1
Father Christmas Is Back
The Last Forest

November 17
Christmas Flow: Season 1
The Fable
The Fable: The Killer Who Doesn’t Kill
Keeping Up with the Kardashians: more seasons
Tear Along the Dotted Line: Season 1
Tiger King 2

November 29
14 Peaks: Nothing is Impossible

November TBD
Decoupled: Season 1
Earwig and the Witch
Happiness Ever After