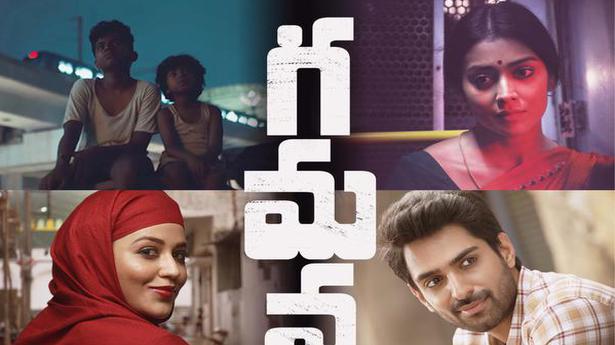 “It will not be an exaggeration to say that the rains have played a character in my film and that I dedicate this project to the memories of monsoon from my childhood,” says first-time director Sujana Rao, while discussing her Telugu film Gamanam. Scheduled to release in theatres on December 10, Gamanam stars Shriya Saran, Shiva Kandukuri, Priyanka Jawalkar, Suhas, Charuhasan and Nithya Menen (in a cameo). The anthology film, produced by cinematographer Gnana Shekhar V S along with Venki Pushadapu and Ramesh Karutoori, explores how characters in three stories cope with a deluge following torrential downpour.

The premise seems relevant considering how flooding in low-lying areas has become an annual feature in Hyderabad. Sujana reminisces, “A few years ago when I was studying at National Institute of Fashion Technology (NIFT), we used to visit a nearby waterbody and take photographs. Later we noticed the area being turned into a construction site. Each year when there’s flooding in Hyderabad or Chennai, we read about how it is a man-made disaster, as waterbodies get encroached in the name of urban development. That made me write Gamanam. I wanted to explore how this affects people in different age groups, from an infant to an elderly person, to represent the circle of life.” On a whim, Sujana sat down to write one night in 2018 and finished a chunk of the story. She shared the draft with Gnana Shekhar, whom she had collaborated with for ad films. Moved by the story, the cinematographer came forward to produce it. Over the next three months, Sujana completed the story and screenplay.

Gamanam was filmed in 2019 and the post production happened during the pandemic. The producers were keen on a theatrical release: “I am grateful for their faith in the project,” says Sujana.

Her father Gottimukkala Padma Rao had produced the Rajendra Prasad films April 1 Vidudala (1991) and Joker (1993). Sujana recalls, “I was in Class V when I visited a film set and noticed that everybody respected the man in the director’s chair. I wanted to grow up and be in that position.”

However, her ambition kept shifting as she grew up. She wanted to be a chartered accountant at one point. But the creative streak had been there all along. She enjoyed making sculptures and taking photographs of a subject from different points of view: “All that helped me do the storyboarding for Gamanam.”

Her family was sceptical about her pursuing a career in cinema. So she took up a diploma course in NIFT Hyderabad. On the pretext of higher studies, she moved to Delhi and worked alongside filmmakers visiting from other countries and learnt editing. It was more of an unhinged method of work, she says, rather than the structured approach of a course in an institute: “I wanted to learn the craft of editing and filmmaking, so I would travel with directors for their shoots and learn on the job.”

Returning to Hyderabad, she directed ad films and in the process, met Gnana Shekhar: “He is full of ideas and encourages newcomers. I saw him urge someone to write a story and got motivated.” 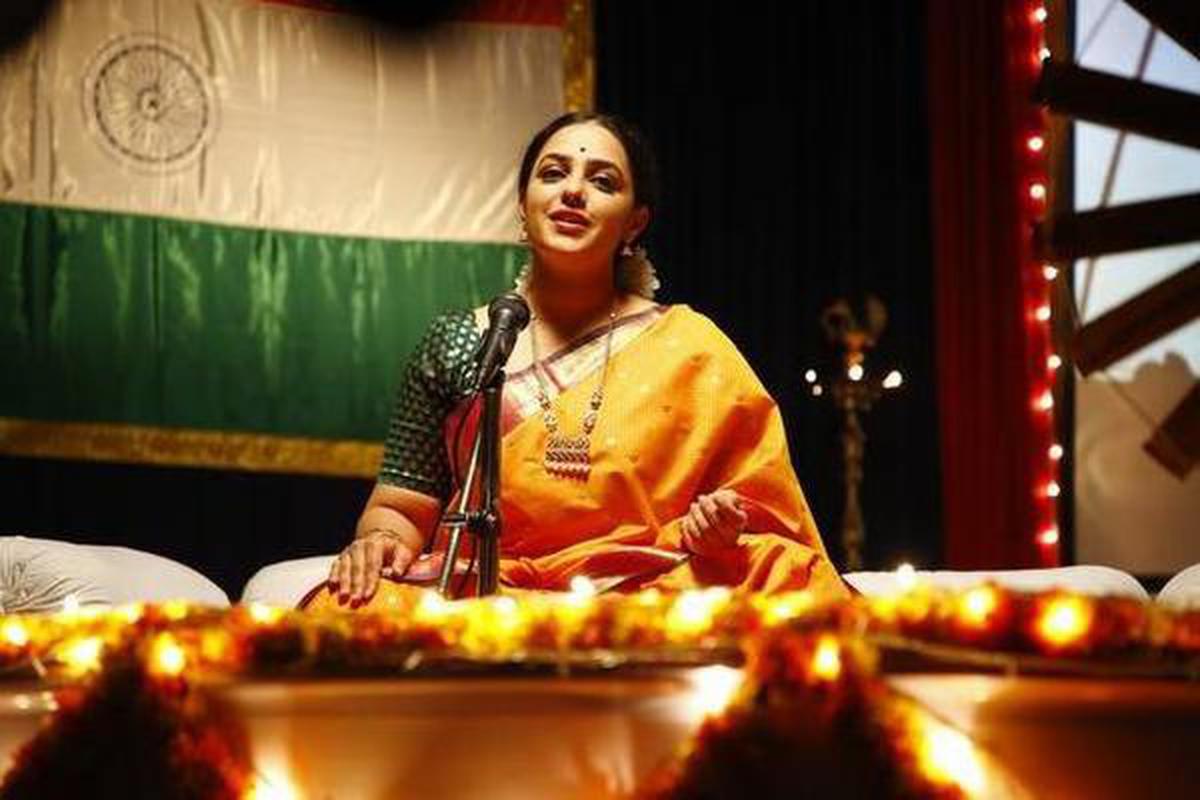 Nithya Menen as a classical singer in the film

In the case of Gamanam, her writing process was swift since she felt the stories were waiting to be told. With the help of Gnana Shekhar, the cast and crew were finalised. Editor Ramakrishna Arram, dialogue writer Sai Madhav Burra and others were roped in. Nithya Menen stepped in for a cameo appearance as a classical singer.

Midway through narrating the story to Shriya Saran, she felt she had found her Kamala. Shriya plays Kamala, a young hearing-impaired mother who has to rough it out on her own. Shiva Kandukuri is an aspiring cricketer supported by Priyanka Jawalkar.

Charuhasan agreed to play a crucial role and Sujana recalls how the veteran actor, now in his 90s, was game to film as heavy rains pelted on him: “I would feel bad to request him for another take, when a co-actor hadn’t emoted well. But he never shied away.” She also lavishes praise on the efforts of Priyanka Jawalkar, Shiva Kandukuri and the other actors in the ensemble cast, including two boys who were roped in to play street children. Their scenes in the trailer might remind one of the Tamil film Kaaka Muttai, where street kids yearn for an expensive treat, but Sujana asserts that the similarities end there. The icing on the cake was getting Ilaiyaraaja to compose the music: “He said he does not take up a project if he does not like the story. I had narrated most of the story but even before I could complete it, he stood up and asked one of the team members to take a photograph of both of us. He remarked, ‘we are doing the film’. I was overjoyed.”

Later, watching the rough cut of the film, Ilaiyaaraja would remark that the film mirrors life-like situations and that he could not budge from his seat while watching the second half: “This was the biggest compliment for me. He also asked if it was a big budget film, since there were many scenes of flooding.”

She reveals that the film required very little help from visual effects, since several crucial scenes were filmed during the monsoon.

Sujana is more excited than nervous as the release date inches closer: “As a child, I used to be fascinated with the stories my grandmother narrated. I am happy that I got to narrate a story on a large screen.”

Gadgets Monster - 0
<!-- -->A photo of Ayushmann with Abhishek Kapoor.HighlightsAbhishek defines the niche created by Ayushmann as "content-pole cinema Ayushmann is known for his work in films...