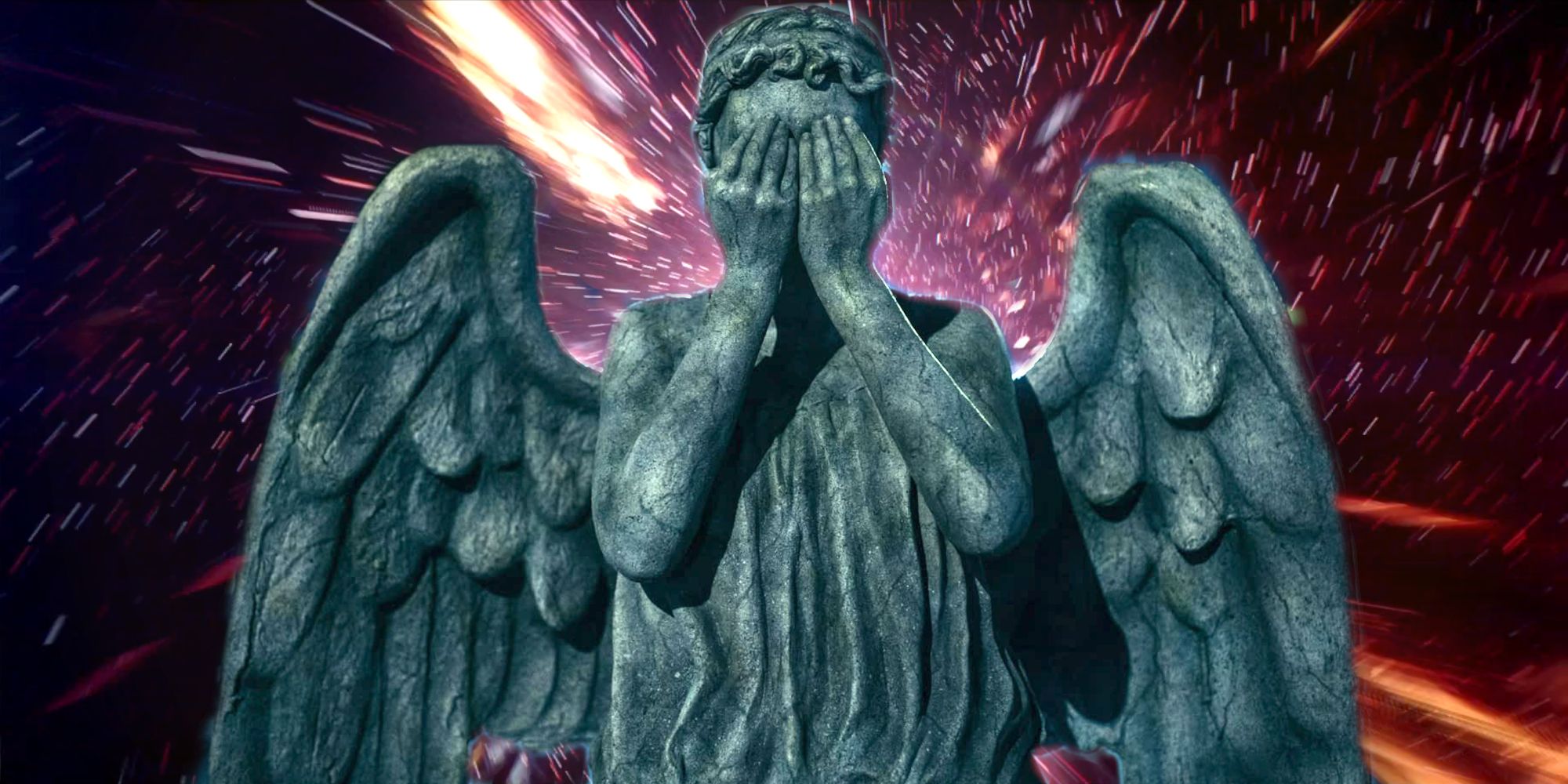 Doctor Who’s end credits are iconic, but they were changed to include a subtle hidden reference after the twist ending in “Village of the Angels.”

Doctor Who: Flux saw the return of the popular Weeping Angels, and the end credits followed up that appearance with an artful, hidden change. The credits and theme song have undergone several subtle and telling shifts over the years. However, this particular alteration actually indicates something significant about the Doctor Who: Flux plot.

Doctor Who: Flux is the 13th season of the long-running science fiction series. The season is employing a new structure for the revived series, telling a single story spread across six episodes. Flux will be the final full season for both Jodie Whittaker and showrunner Chris Chibnall, who will leave the series after a run of specials in 2022. Season 13, episode 4, “Village of the Angels” marked the return of the Weeping Angels, one of the new series’ most iconic villains, created by the previous Doctor Who showrunner Steven Moffat. In it, The Doctor goes head to head with a legion of Angels, all in pursuit of a rogue Angel with knowledge of The Doctor’s origin. The episode culminates in a twist ending where The Doctor, having been summoned by Division, transforms into an Angel.

RELATED: Doctor Who Needs To Bring Back Jo Martin’s Fugitive Doctor (For Real)

After the climax of “Village of the Angels,” the end credits theme changes to reflect The Doctor’s transformation. While the difference is subtle, loyal Doctor Who viewers who stuck around for the credits may have noticed a few changes to the iconic theme music, all of them well suited to the episode’s ending. It’s a fun Easter egg and a sign to viewers that Doctor Who: Flux has plenty of secrets left up its sleeve.

The most immediately recognizable change to the iconic Doctor Who music pertains to the theme’s percussion. The usual bombastic drums are gone. Drumming has been used as a symbol for the Time Lord heartbeat on multiple occasions throughout the series. The Master was even revealed to have been haunted by the sound of drums in the David Tennant era of Doctor Who. A missing heartbeat is a perfect way to represent the Thirteenth Doctor having turned to stone.

Doctor Who’s spacey electronic music already has an eccentric flair, but the end credits theme after “Village of the Angels” is particularly eerie. Rather than zany and boisterous, the theme is echoey and distant. It’s the perfect change to reflect The Doctor’s transformation, as if she was hearing the music through a wall of stone.

The changes to the end credits theme may have served another purpose as well. “Village of the Angels” features a mid-credits sequence, providing an update on the latest happenings with Bel and Vinder. In addition to referencing The Doctor’s transformation, it’s likely the change was intended to alert viewers that the mysterious happenings of Doctor Who: Flux are still unfolding.

NEXT: Doctor Who’s Timeless Child Payoff Will Be A Bad Chibnall Joke – Theory

The Stunning Interiors Of Rhea Kapoor And Karan Boolani’s Mumbai Home. Pics Inside