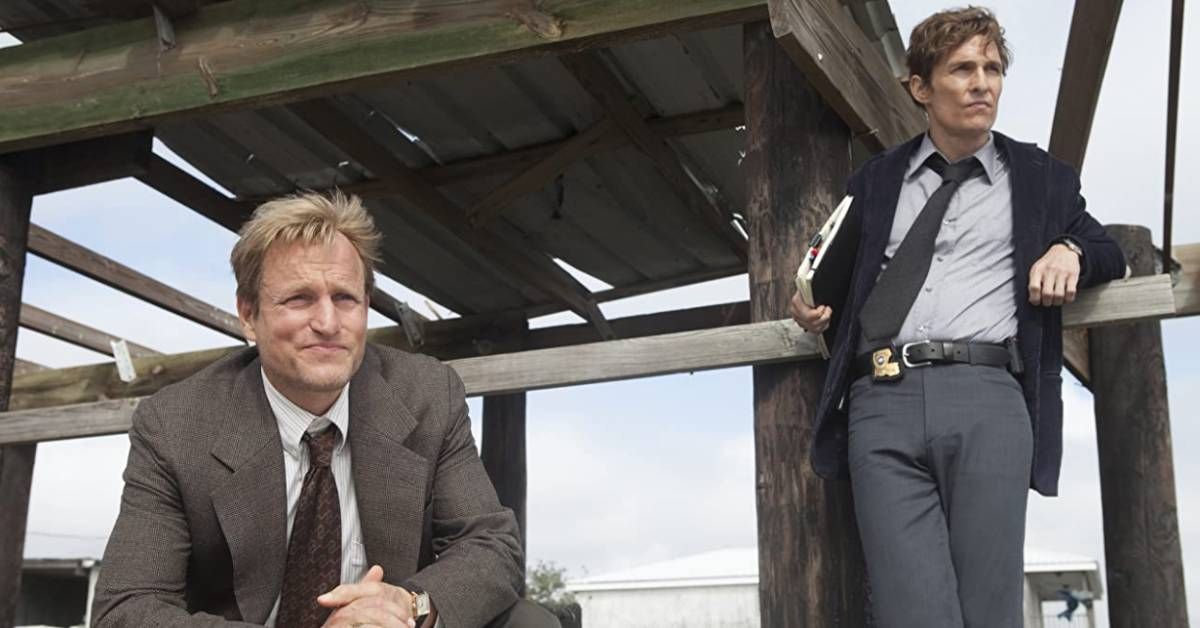 While Harrelson previously appeared on TV (Cheers), his focus has always really been the cinema. And as McConaughey mainly stuck with movies up until this series’ release, it was refreshing and bold to see them own the small screen over the course of 10 heart-pounding episodes.

Each season is structured as a self-contained narrative, employing new cast ensembles and following various characters and settings. The latest season hit HBO in January 2019, but there are no official dates for a future installment of True Detective just yet. When season 3’s finale aired, Pizzolatto had confirmed he was working on a new idea. Earlier this year, Deadline confirmed that HBO is in talks with new writers for a fourth installment. But for now, let’s take a closer look at the show’s material thus far and see how each season compares to the next.

The second season of True Detective premiered in June 2015 and contains eight episodes. The storyline finds three law enforcement officers — detective Ray Velcoro (the most excellent Colin Farrell), Sheriff Ani Bezzerides (Rachel McAdams), and California Highway Patrol Officer Paul Woodrugh (Taylor Kitsch) — teaming up against a scorched California backdrop to solve the murder of politician Ben Caspere. Meanwhile, career criminal Frank Semyon (Vince Vaughn) attempts to legitimize his business with his wife Jordan (Kelly Reilly) by investing in a rail project overseen by Caspere but loses his money when Caspere is killed, prompting him to start his own investigation.

While giving a valiant effort to shake up the O.G. formula, this season, unfortunately, misses the mark overall. It opted for more of a difficult-to-follow, interweaving storyline centered around criminals and cops alike — differing significantly from season 1’s nonlinear, two-sided character study. Despite its earnest intentions to expand, True Detective season 2 falls short of its past success. Let’s not forget that the first season was written and carefully constructed over years of diligent work, while the second season had a tight turnaround.

The third season of True Detective premiered in January 2019 and also contains eight episodes. This time around, we follow detectives Wayne Hays (Mahershala Ali) and Roland West (Stephen Dorff) across decades as they investigate the disappearance of two children. This installment’s Southern backdrops, nonlinear narrative, and tortuously unsolved mystery are among the key elements that fans will remember from the universally acclaimed first season. The results in season 3, however, aren’t quite as successful.

One of the great benefits of this season is that it plays with the concept of memory, establishing how we perceive critical events in our lives. This is done by its having its “true detective” Hays (Ali) suffer from dementia, which clouds his memory of the unsolved crime and plagues him with hallucinations. There’s also the endless obsession with time that most defined True Detective’s first season. Like that season, this one takes place in multiple time periods. But where season 3 eclipses season 1 is in its willingness to give the audience just enough information to go on to start to fill in the blanks. The mystery remains obscure, but the descent into Hays’ preoccupation with solving it is front and center across all three time periods.

Most of the performances in True Detective season 3 are, for the most part, as good as those we watched in season 1. In addition to Ali, Dorff also gives an excellent performance as his partner. Additionally, Carmen Ejogo and especially Scoot McNairy give stellar performances as Amelia Reardon, the future wife of Wayne Hays, and Tom Purcell, the distressed father of the missing children.

But similar to season 2, this season is hurt by the lack of one distinct vision. Jeremy Saulnier helms the first two episodes, while Daniel Sackheim and Nic Pizzolatto himself split directorial duties this time around. The direction is generally stronger than it was in season 2, but it doesn’t feel quite as focused and cinematic as it was during the original installment.

The first season of True Detective premiered in January 2014 and contains eight episodes as well. It revolves around a pair of homicide detectives named Martin Hart (Harrelson) and Rust Cohle (McConaughey) as they delve into the case of a deranged ritualistic serial killer whose crimes they first encountered 17 years ago. They must then revisit the investigation, along with several other unsolved crimes. During this time, Hart’s infidelity threatens his marriage to Maggie (Michelle Monaghan), while Cohle struggles to cope with his troubled past.

True Detective‘s first season explores themes of masculinity and Christianity. Critics have analyzed the show’s portrayal of women, its auteurist sensibility, and the influence of comics and horror fiction on its storyline. There is a lot to appreciate in True Detective‘s first season, particularly in how it crafts a mood and a stark sense of atmosphere, which gives its existential pondering a muted weight.

Ultimately, it’s McConaughey’s portrayal of Rust that will go down as the show’s most iconic feature. His performance makes perfect use of the actor’s mystic radiance, and his sing-song way of speaking is perfectly in-tune with Pizzolatto’s verbose writing style. Together, they’re working in harmony.

And let’s not forget Cary Joji Fukunaga’s unique, visually stunning direction across all of the first installment’s episodes. Remember that incredibly long tracking shot at the end of that landmark fourth episode? His direction is sorely missed in the series’ follow-up seasons.

Michael Myers and the Myers House Get the Funko Pop Treatment

Will Sayre is an evergreen writer at Movieweb.com. He has also written and produced entertainment stories at Spectrum News and Warner Bros. Television for the celebrity news program “EXTRA.” Sayre graduated with honors from Boston University’s College of Communication with a concentration in film and television. He also served as film critic at The Taft School in Connecticut.

More
From Will Sayre

11 Crossovers We Wish Spider-Man: No Way Home Would Give Us

Turns Out, The Office Finale Originally Featured A Scene That Would Have Disproved A Major Fan Theory

Nicolas Cage Sinks His Teeth Into the Role of Dracula in...

Gadgets Monster - 0
Nicholas Cage has signed on for the role he was born (possibly thousands of years ago) to play: Dracula. Today the Hollywood Reporter noted the...

11 Crossovers We Wish Spider-Man: No Way Home Would Give Us

Dharmendra shares pic with Alia Bhatt, Karan Johar and others from...

Breakin’ ReAction Figures From Super7 Will Turn Your Christmas Into an...

Turns Out, The Office Finale Originally Featured A Scene That Would...

Nicolas Cage Sinks His Teeth Into the Role of Dracula in...