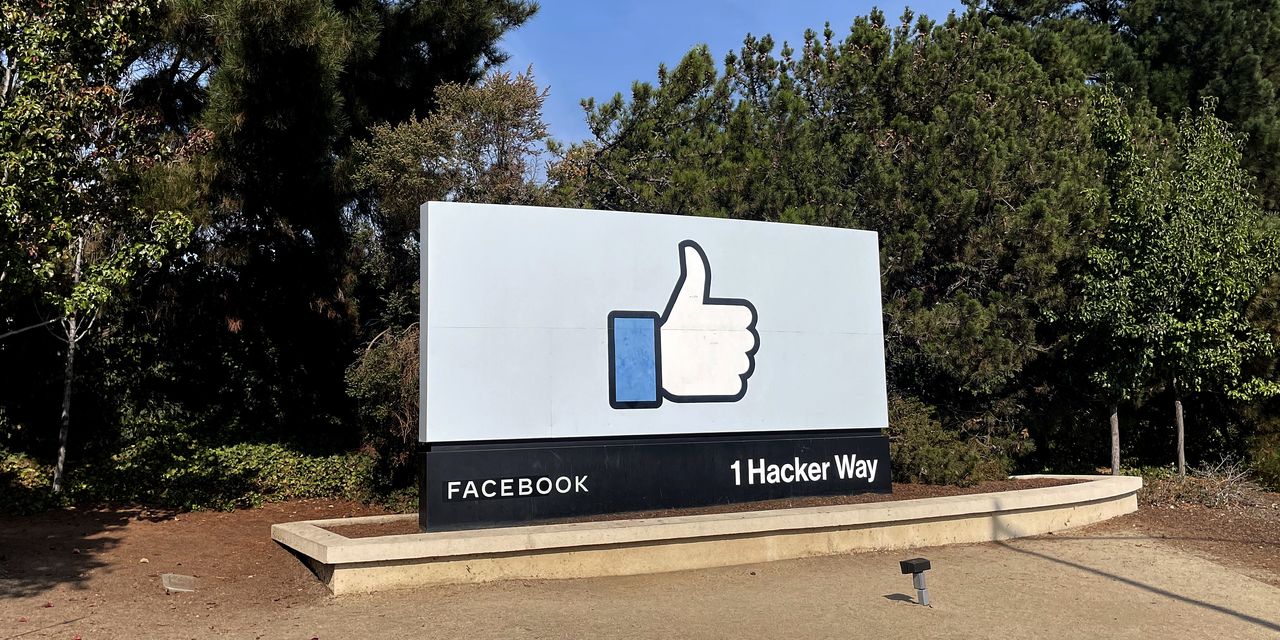 WASHINGTON—The controversy over what Facebook Inc. has said about social and emotional hazards stemming from its products could become a test of regulators’ growing interest in policing corporate risks that hurt reputations more than profits.

The Securities and Exchange Commission has been communicating with attorneys for

the former Facebook product manager who blew the whistle on the company’s efforts to grapple with problems it played down in public, according to

a lawyer representing her. Facebook didn’t respond to a request for comment and the SEC declined to confirm whether it is probing Ms. Haugen’s allegations.

But the agency is almost certain to be doing so, according to

a former director of the SEC’s San Francisco office. “Given how much play this has gotten, especially with the revelation that the whistleblower went to the SEC, there is no way they are not looking at this and feeling pressure to bring some sort of case,” Mr. Fagel said.

Facebook has come under criticism for its targeting of young people and how it responds to misuse of its products since The Wall Street Journal began publishing a series of stories based in part on documents gathered by Ms. Haugen.

The Journal’s reporting detailed the company’s internal research linking teenagers’ use of Instagram to anxiety and depression. In public, Facebook has consistently played down the social platform’s negative effects on teens. While the company hasn’t generally made its research public or available to academics or lawmakers who have asked for it, Facebook in late September published an annotated version of two research decks.

The reporting also showed how Facebook’s efforts to curb the misuse of its platforms by drug cartels and entities linked to human trafficking fell short. Such problems were particularly acute in some developing countries, where Facebook’s user base is large and expanding.

Any securities-enforcement action would likely focus on whether the company or its executives told investors one story about known business risks or trends, while concealing worse news that they shared only internally. Any misleading statements would have to be material, meaning they could be expected to influence a trading decision or a vote on a corporate proxy ballot.

The issues cited by Ms. Haugen in her allegations may be material in the eyes of regulators, but they aren’t all traditional securities-fraud claims, according to lawyers. In one whistleblower tip provided to the SEC, Ms. Haugen and her lawyers wrote that Facebook made “multiple material misstatements and omissions on the question of whether Facebook and Instagram impact teenage users,” according to a copy seen by the Journal.

The complaint said Instagram’s side effects matter to investors because a consumer backlash against the product could be expected to reduce user engagement and advertising revenue.

“Traditionally this is not the kind of thing the SEC would be looking at,” said

a former senior SEC enforcement official now teaching law at Northern Illinois University, adding that the agency “would typically be looking at things that go to the more current financial condition of the company.”

The classic securities enforcement case usually involves claims that a public company fudged its accounting or other metrics followed by investors or failed to disclose key facts that explained its performance. But the SEC can allege disclosures were simply misleading, without having to tie statements to financial trends. This tactic has expanded the type of cases the SEC has brought in recent years, Mr. Rosenfeld said.

Two years ago, for instance, Facebook agreed to pay $100 million to the SEC to resolve allegations that it didn’t disclose the misuse of user data by consulting firm Cambridge Analytica. Facebook settled without admitting or denying the claims.

“You could ask, ‘What do these revelations of misuse of customer data have to do with the company’s profitability?’ But they turned it into an enforcement action,” Mr. Fagel said.

Another reason for the SEC to look into the Facebook claims, lawyers said, is the regulator’s growing interest in sending a message about how companies should disclose environmental, social and governance issues.

In one example, the SEC is now probing

over how the videogame maker handled and disclosed workplace episodes of sexual misconduct and harassment, the Journal reported last month. Activision said in July that it hired a law firm, Wilmer Cutler Pickering Hale and Dorr LLP, to review its policies for maintaining a respectful work environment. The company also is adding staff to investigate employee concerns, it said.

Do you expect the SEC to investigate Facebook? Join the conversation below.

The near-term impact of ESG risks on financial performance can be hazy, according to securities lawyers and accountants. The longer-term impact is more foreseeable: climate change, for instance, could hurt a company’s supply chain or slash demand for its products.

Even so, those outcomes are hard to quantify and speculative, securities lawyers said. Companies are usually able to deal with such scenarios through broadly written disclosures that warn of potential future problems, if business trends or laws change.

One of Ms. Haugen’s tips to the SEC does seem to be more squarely in the agency’s wheelhouse, Mr. Rosenfeld said. In one complaint, she alleged that Facebook failed to disclose internal data showing “a contraction of the user base in important demographics, including American teenagers and young adults.”

The complaint also said Facebook hadn’t accurately modeled how duplicate accounts affected its reported user-growth estimates and the reach of its advertising. If that information came to light, advertisers could spend less money with Facebook and some investors would doubt its growth metrics, the complaint said.

“If Facebook had information that their actual numbers were much lower than what they are reporting or that clearly showed they were going to decline, that probably is the type of thing that should be disclosed,” Mr. Rosenfeld said. “And that type of thing is much closer to what the SEC would be interested in looking into.”

Write to Dave Michaels at dave.michaels@wsj.com

Gadgets Monster - 0
Good Omens season 2 is officially a go! Amazon Prime delivered one of its most popular original series ever when the supernatural comedy-drama debuted...