StreamingFind Someone Who Looks At You The Way Silk Sonic Singer Anderson... 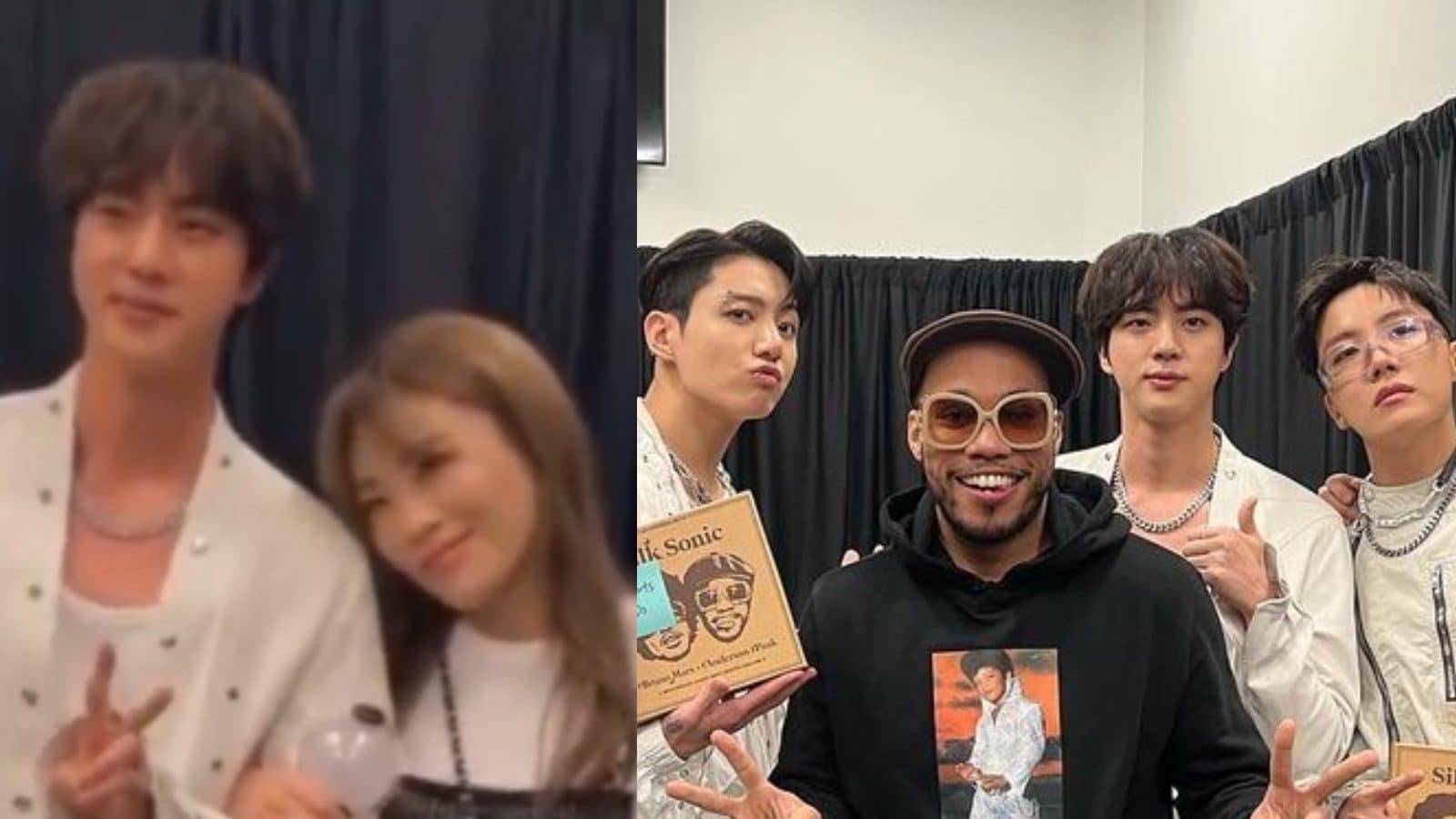 Anderson Paak enjoys BTS gig in LA, but his wife grabs the limelight.

American musician and member of Silk Sonic, Anderson Paak may be a famous singer but that did not stop his wife from fangirling over BTS star Jin. The South Korean band held its first concert since the start of the coronavirus pandemic on November 27-28 in Los Angeles. Several fans of the Grammy-nominated K-pop band flew in from around the world to attend the live concert. One of the fans of the septet happened to be Anderson’s wife Jae Lin and their son Soul Rasheed.

A clip of Jae meeting with Jin for a photograph backstage has been doing the rounds on social media. The video shows Jae posing for a picture as she stands right next to BTS singer Jin, also known as Kim SeokJin. The duo was surrounded by fellow BTS members: Jungkook, RM, Jimin, Suga, J-Hope, and V. The footage also shows Jae telling Jin “It is alright,” in Korean right after the picture was taken. As the camera moves, viewers also get to see V and Soul standing together sharing a friendly bond.

Anderson shared a few glimpses from the concert on Instagram. He also posted a video of his son meeting the K-pop group. He also captured a quick conversation with his son for his Instagram Story before meeting BTS, to which he admitted that he was nervous about meeting the group. Sharing the series of pictures and videos on Instagram, Anderson mentioned in the caption, “BTS lmk (let me know) if you need another member! I work well in groups.”

Both BTS and Silk Sonic have been nominated for the 2022 Grammy awards.

Urvashi Rautela hailed as the ‘Diamond Of India’ by the Mayor of Maharashtra, Kishori Pednekar