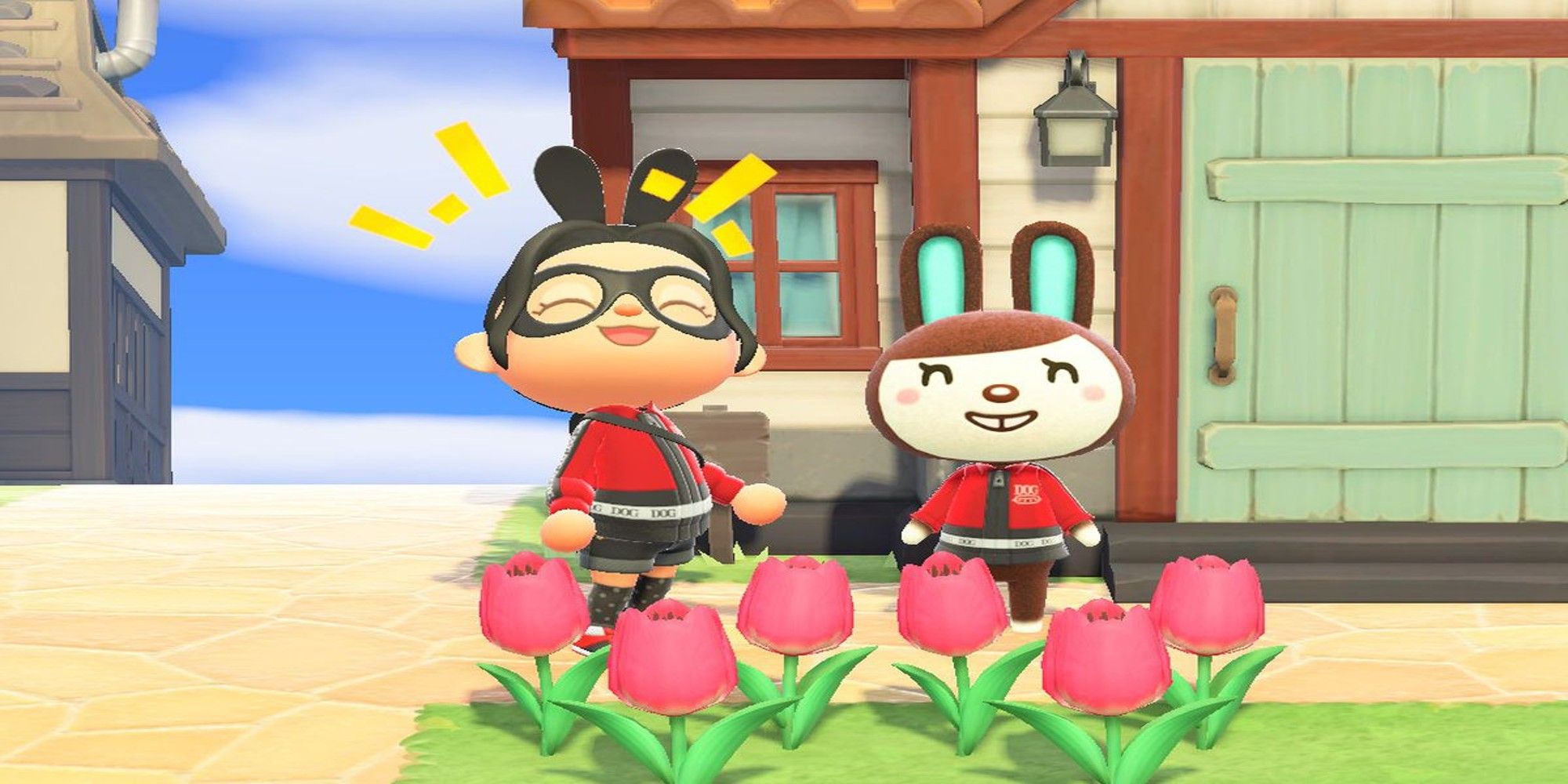 Part of Animal Crossing’s charm is that players never know what the villagers will say. Sometimes they praise the player, and sometimes they say sarcastic things to get a rise out of them. This is expanded upon in New Horizons. In this game, players can speak to villagers while they’re exploring the island, while they’re in their homes, and while they’re fishing or catching bugs. Players can even compete against them in quarterly fishing competitions. What’s more, New Horizons‘ recent 2.0 update added the ability for villagers to visit players’ homes, and ACNH’s Happy Home Paradise DLC added new villagers as well. There are ultimately ample opportunities for players and villagers to interact, and for players to see how silly these villagers can get.

Related: Animal Crossing Characters With The Most Interesting Personalities

In New Horizons, players can get awarded for speaking to their fellow island inhabitants in their daily tasks, but what’s perhaps even better than all of the opportunities players receive to speak to them is how these villagers’ personalities shine. Players can only host 10 villagers at a time, each with a distinct personality and tone. Naturally, this means that some Animal Crossing villager combinations are pure chaos. Still, some villagers even feel like they have a past from before they lived on players’ islands. This leads to quotes such as Audie saying, “Be the kind of person your future self won’t regret having been,” or Amelia saying, “Pampering yourself is as important as food, water, and shelter!” Villagers’ quotes run the gamut of emotions and perspectives, but they’re sometimes downright hilarious.

Some of the funniest villagers are the game’s athletic ones. They’re obsessed with working out and their appearances, and they also let players know it. This leads to hilarious comments such as Mott discussing his abs. He says, “Ah ha! You’ve discovered the wonders of the washboard. The appeal of the ab.” Likewise, some jock villagers will be accidentally funny. They’re so wrapped up in themselves that they become shady toward the player. Jock villagers will sometimes say, “I was thinking about how swimming is the best sport for showing the most muscles…for some folks.“

In this case, they’re again asserting their physical dominance over the player (and the other villagers), sometimes leading to some of the weirdest and most uncomfortable New Horizons quotes. Their passion for exercise extends to holidays, too. Jock villagers around Halloween will say, “My costume isn’t ready! And I need to crank up my step count so I can collect as much candy as possible!“

Sometimes quotes aren’t funny because they’re obviously hilarious but because they’re so quirky. Such is the case for a lot of jock villagers’ quotes, but this applies to other personality types in New Horizons, too. If players watch a meteor shower with a peppy villager, they’ll say, “I know this is totally out of the blue, but have you ever dreamed of becoming a star?” This is followed up with “You have?! Well, I didn’t realize there were TWO of us in this town. But I’ll share the spotlight with you! You’d make a good costar.” If only she shared one of Animal Crossing’s star fragment recipes after belittling the player!

Peppy villagers might also inform players what they think the next “wave of pop stars” should act like. They sometimes say, “They can’t just sing and dance…They have to use their influence! I think they should really encourage people to eat more healthy, yummy fruit! So they should juggle fruit on stage!” Animal Crossing quotes like this are funny because they take an unexpected twist at the end. Juggling fruit doesn’t lead to healthy eating, just as one doesn’t expect to be demoted to costar by the peppy villager.

Likewise, one may not expect anything that comes out of a snooty villager’s mouth. Snooty villagers could be seen as some of Animal Crossing: New Horizons’ most unnecessary villagers. They speak exactly how their personality type describes them, saying things like “NOTHING IN LIFE IS FREE! I’m saying, that’s a nice <furniture> you’ve got there” and “[Y]ou do talk a lot, you know that?” They’ll seemingly even threaten players, saying, “Really, being polite is the easiest thing in the world. Just say ‘please’ a lot. As in, ‘please share your <dessert> with me, or else!”

Some of New Horizons‘ villagers are expressive – whether brutal, dry, or otherwise – in their speech deliveries, which makes them hilarious. One such case is Agnes, who will sometimes tell other Animal Crossing villagers, “I’m gonna level with you… Those words don’t mean anything to me.” Likewise, where Agnes is brutal, Rose is dry. When talking about shovels and digging, Rosie says, “Sorry. I just got nervous thinking about you out there…digging…and what you might find…” This dips into the franchise’s darker humor that older players likely find hilarious (and disarming). Similarly, Flora will tell the player, “Life tip! Grab a few hundred apples, get in a bathtub, and bury yourself in them. Then sing. Or yell. Whichever.” She follows up by saying, “Totes relaxing. Totes spiritually centering. And totes delicious to escape from.”

There are some Animal Crossing characters people are likely to ignore, but Beau shouldn’t be one of them. Perhaps one of the funniest quotes in the game comes from him. He’ll break the fourth wall of the game, insinuating the player, himself, and the rest of the villagers are living in a make-believe world. Beau says, “There’s a weird rumor goin’ around… Some folks? They’re saying none of this is real. None of it.” This is startling and funny, especially for a game like Animal Crossing that is usually mellow and enraptured by its own world.

Ultimately, the dialogue in Animal Crossing: New Horizons keeps the gameplay interesting and offers players reasons to return even if they’ve decked out their island and filled their museums. Bonding with the villagers may seem secondary to some, but fostering those relationships to lead to even more hilarious quotes is well worth the wait. This can stay fresh by allowing some villagers to leave, bringing aboard new ones from time to time.

Preston Smith (he/him) loves video games, fairy tales, and poetry. He holds an MA in English literature and has published journalism, poetry, and fiction in many outlets. A recent Los Angeles transplant, he can be found on Twitter and Instagram @psm_writes talking about his cats, baking adventures, and his new life in LA.

Gadgets Monster - 0
Christmas time is often defined as a period for joy, laughter, and togetherness, and if there’s one show that consistently exemplified all of these...

The Voice’s Ariana Grande Shares Inspiring Message After Her Team Gets...