GadgetsMonster
Home Games Halo Infinite Advanced Tips And Tricks: 8 Ways To Be An Even... 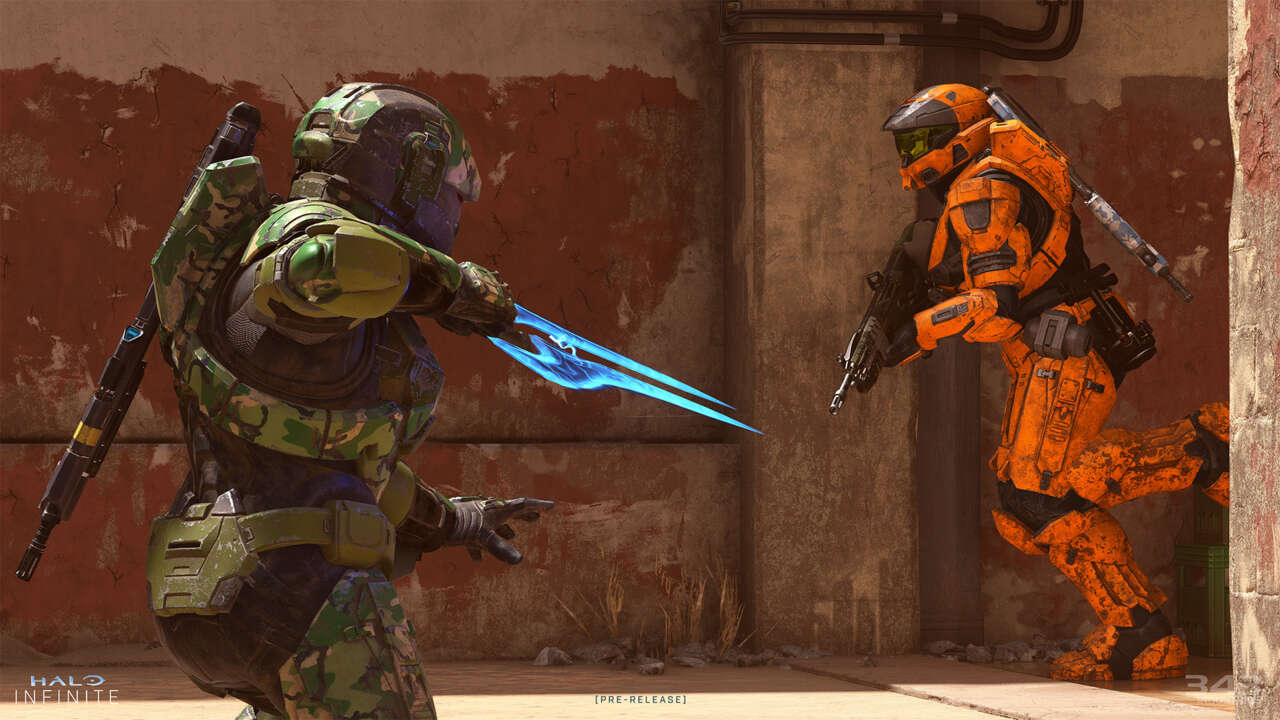 Halo Infinite seems to have brought in a swarm of new and returning players, thanks to its design that both modernizes Halo while still feeling rooted in the classics that so many fans adore to this day. With that in mind, we’ve put together some advanced tips and tricks, meant to help you step your game up to the next level if you find yourself ready for more. If you’re still treading carefully, you may instead benefit from our Halo Infinite beginner’s tips, which do a better job of being your on-ramp to the free-to-play hit. If you’re ready to unlock a few next-level tips, read on.

Halo Infinite is already a fast game, but what if you could go a bit faster? With this emerging meta move, you can string together quicker movements anywhere on the battlefield, though it’s especially helpful when moving down a slope, even if just a slight one. To do it, simply crouch while sprinting to initiate a slide, and while you’re sliding, jump. This tactic is beginning to creep into multiplayer matches, especially ranked matches where players seek every advantage big and small, so you’d be wise to master it yourself if you plan on competing for Halo Infinite ranks.

When you find yourself on the wrong side of a drop wall shield, it can take a bit of ammo before you’re able to engage the enemy’s armor and health directly. But there’s a trick to nullifying enemy drop walls very quickly. When you see one placed on the ground, rather than take out its patchwork of protective panels, aim for the metal device on the bottom of the shield. One hit to it will remove the entire Drop Wall immediately and allow you to not only hit your enemy head-on, but you may leave them stunned as to how you eliminated their defenses so quickly, too.

Don’t get picky when taking down shields

Halo shields have always been a part of the game and it remains crucial in Halo Infinite that you remove enemy shields fast so you can get onto doing HP damage and winning firefights. To eliminate shields most efficiently, don’t waste your time on headshots. While different weapons may be better or worse than others at removing shields, any single weapon itself does the same damage to shields whether you’re hitting an enemy in the head or the body. The inclination in a PvP shooter is to go for the head, but in Halo, you need not fuss over where your shots are landing until shields are down. Until then, body shots will do just fine. (Switch to headshots for a speedy deathblow, though.)

Arm your allies by dropping guns

Halo popularized the two-weapon inventory we see in so many modern shooters, but that doesn’t mean you have to carry two weapons at all times. If you want to be a good teammate, you can drop a weapon from your inventory even if you’re not swapping it for another. To do this, hold the weapon you wish to part with and hold the weapon-swap button. By default, this is Y on an Xbox controller and V on a keyboard. This will allow you to give a gun to a soldier by your side who may be without one at all or may just be a crack shot with, for example, a Battle Rifle. When you’re both equipped with your deadliest weapons, that can only be a good thing.

Use the Repulsor’s versatility to your advantage

Ask what people’s favorite piece of Halo Infinite equipment is and you’ll likely get a variety of answers. But the one that’s most versatile is arguably the Repulsor. This portable deflector can do a lot, and not all of it is so obvious. The widespread use-case for a Repulsor is to fling incoming grenades back at the enemy, but point it at the ground when jumping and you’ll give yourself a bigger upward boost. My personal favorite way to use it is like a matador on Big Team Battle maps, allowing an enemy to charge after me in a vehicle, only to strafe to the side and hit them with a Repulsor blast, which can send their car off the edge of the map when done most strategically.

The Grappleshot is multi-use too

If the Repulsor doesn’t emerge as your favorite piece of equipment in Halo Infinite, it’s quite possible the Grappleshot will. This tool plays like it’s on loan from Batman and gives Halo Infinite a decidedly new feel–one that just might become a necessary toy for all future Halo games. You’ll know whether you’re in range to grapple something because the center of your reticule will turn yellow.

With the grappleshot, you can not only cross gaps quickly and grab onto opponents, you can also do things like grab the flag in CTF, launch yourself directly into the seat of a vehicle, or–my favorite–set yourself up on a perch that would otherwise be unreachable. This is especially fun in Big Team Battle rounds where you can climb to new heights and call out enemies with the ping feature all game long. For added strategy, don’t kill anyone, so they never get to see your setup on a killcam. You’ll be doing plenty of work for your team as, essentially, the first-ever Spartan point guard.

One surefire way to stay upright in your metal boots is to be alert and get out of the crosshairs if you find yourself in them. While most guns don’t tip you off to being in someone’s sights, the powerful S7 Sniper of Halo Infinite gives off a noticeable glare when someone is aiming down-sight, which is advantageous since a single headshot with it will take out any Spartan. If you’re racing across one of the game’s bigger maps and you see a glint off in the distance, it’s not a person with a mirror in the sun spelling S.O.S. It’s the player seeking to detach your cool-looking helmet from the rest of your armor core.

Ride on, not in, vehicles as the flag carrier

Taking the enemy flag back to your base to score can be a lot faster with a vehicle, but it still reveals your location just as if you were sprinting with it, which makes a successful theft very difficult. With some vehicles, however, you can enjoy the speed of a flag transport via vehicle without pinging yourself for enemies. Just stand on top of stuff like a Ghost, Wasp, or perhaps other Halo Infinite vehicles and you’ll be able to surf your way to the goal without ever letting the enemies know where you ran off to. This is perhaps the most satisfying move in all of Halo Infinite right now, because doing it feels like the fun sort of “cheat” Halo has long been known for.

There’s plenty more to learn about Halo Infinite, including the contents of its 100-tier battle pass and how to increase your battle pass.

EA Wants To Build A “Connected Battlefield Universe,” More Experiences On The Way

Titanfall removed from sale following years of attacks from hackers