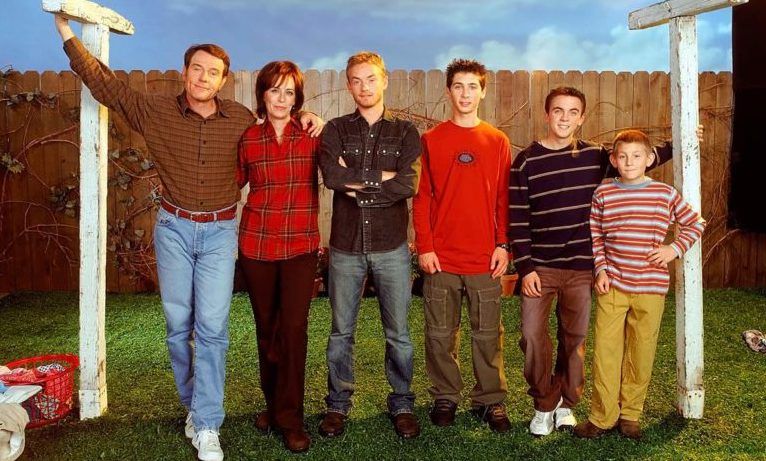 Yes. No. Maybe. I don’t know. Can you repeat the question? At the dawn of the 21st century, Malcolm in the Middle debuted on Fox. The popular television show — centered around the maladjusted Wilkerson family — represents the traditional middle-class American family, equipped with its own set of problems. The show’s titular character, adolescent genius Malcolm, consistently breaks the fourth wall in an attempt to directly relate to the audience. After attracting widespread praise via critics and audiences alike, Malcolm in the Middle remained a polarizing show on Fox for seven whole seasons, where it also received seven Emmy awards and a Grammy.

The critically acclaimed series masterfully blends waggish humor with genuine tender moments to perfectly depict an average, middle-class American family life. Over two decades later, the dynamic cast has traveled down their own individual paths, with some more known than others. From designing handmade jewelry to a neo-western hit, here’s where the cast of Malcolm in the Middle is today.

Traylor played Malcolm’s beloved best friend, Stevie Kenarban, a wheelchair user with a kind heart and geeky persona. Traylor continued in acting with several minor roles, though eventually found his true passion in the form of wire wrapped jewelry, handmade art that he believes “tames the soul.” Traylor has recently expressed an interest in returning to acting, though his apparent success in artistic jewelry seems to be fulfilling his time.

RELATED: What Happens When WandaVision Hits the Malcolm in the Middle & Modern Family Era of Sitcoms?

Unlike several other cast members on this list, Justin Berfield transformed his career from an actor to a high-ranking businessman as the Chief Creative Officer of Virgin Produced, a film and television production company. In Malcolm in the Middle, Berfield played Reese, Malcolm’s vacuous older brother. Following the show, Berfield indulged in several popular animated shows, such as Kim Possible and The Fairly Oddparents. His presence in bigger films also helped to credit his name, including his role in Max Keeble’s Big Move.

Little industry information has been documented about Erik Per Sullivan since the actor’s final appearance in the 2010 film Twelve. Sullivan is notorious for playing Dewey Wilkerson, Malcolm’s younger brother, who is much quieter and less rambunxious than his older brothers. Before officially retiring from acting, Sullivan appeared in films such as Joe Dirt and Christmas with the Kranks. The former actor has also been noted as missing at multiple Malcolm in the Middle reunions.

Masterson portrays Francis Wilkerson, the family’s eldest son and problem child who begins the series in military school. Masterson is also known for his involvement in several comedy films, such as My Best Friend’s Wedding and Scary Movie 2. Masterson’s final film role came in 2016’s Beneath the Leaves. The former actor decided to effectively change career paths, choosing to solely focus on his rising occupation as a disc jockey.

Jane Kaczmarek Is An Acting Mom

Starring as the family’s outspoken and overbearing matriarch, Jane Kaczmarek’s role as Lois Wilkerson is amongst one of the most recognized portrayals in the sitcom. The Emmy-nominated actress has appeared in several notable television roles, such as Elsewhere, Hill Street Blues, L.A. Law, Party of Five, Frasier, Felicity, Law & Order: SVU, and The Big Bang Theory. Recently, the decorated actress appeared in ABC’s mixed-ish. In a recent interview, she discussed the joyous wonders of motherhood, along with her upcoming role in Killing Eleanor.

Since Malcolm in the Middle, Bryan Cranston has become a household name. In the show, Cranston plays the obnoxious yet good-hearted patriarch of the family, Hal Wilkerson. As diehard Breaking Bad fans are aware, the actor went on to portray the ruthless drug manufacturer, Walter White. The now 65-year-old actor has received numerous accolades and nominations, such as an Oscar nomination for Trumbo and two Tony awards for All The Way and Network. Cranston has gone to reprise his role as Walter White in El Camino: A Breaking Bad Movie, where the duo has also partnered up in the production of their own tequila brand. Recently, Cranston has starred in Showtime’s Your Honor, where he plays a controversial judge.

Frankie Muniz received widespread praise and success as Malcolm Wilkerson, a gifted genius with a cynical approach to the world. When Malcolm in the Middle officially ended on Fox, Muniz had already starred in major films, such as Agent Cody Banks and Big Fat Liar. Muniz also acted in several more films, such as Walk Hard: The Dewey Cox Story and Extreme Movie, along with appearances in Criminal Minds and Last Man Standing.

Following the success in his younger acting career, Muniz made the decision to alter his profession to the world of race car driving. An accident temporarily hindered his motor dream, though he recently drove in a race in October of this year. Most recently, Muniz starred in the psychological thriller The Black String.

Paul Rudd coyly teased what fans can expect from Bill Murray in Ant-Man and the Wasp: Quantumania, even if he won’t officially confirm it.

Taylor Mansfield is an evergreen writer for Movieweb. She is a multitalented writer and diverse content creator experienced in researching, writing, and editing varied forms of content. Taylor is able to craft and construct raw, organic pieces of literate work. She is exceptionally knowledgeable in areas of popular media such as movies, tv shows and video games.

Every Movie Releasing In 2022

The Internet Is Debating Whether Denzel Washington Or Will Smith Are Better Actors, And It’s Not Even Close

Every Movie Releasing In 2022

The Internet Is Debating Whether Denzel Washington Or Will Smith Are...

Jeremy Renner Reveals Why He Was Reluctant to Join the MCU...

Are There Any Xbox Series X Console Cyber Monday Deals? |...