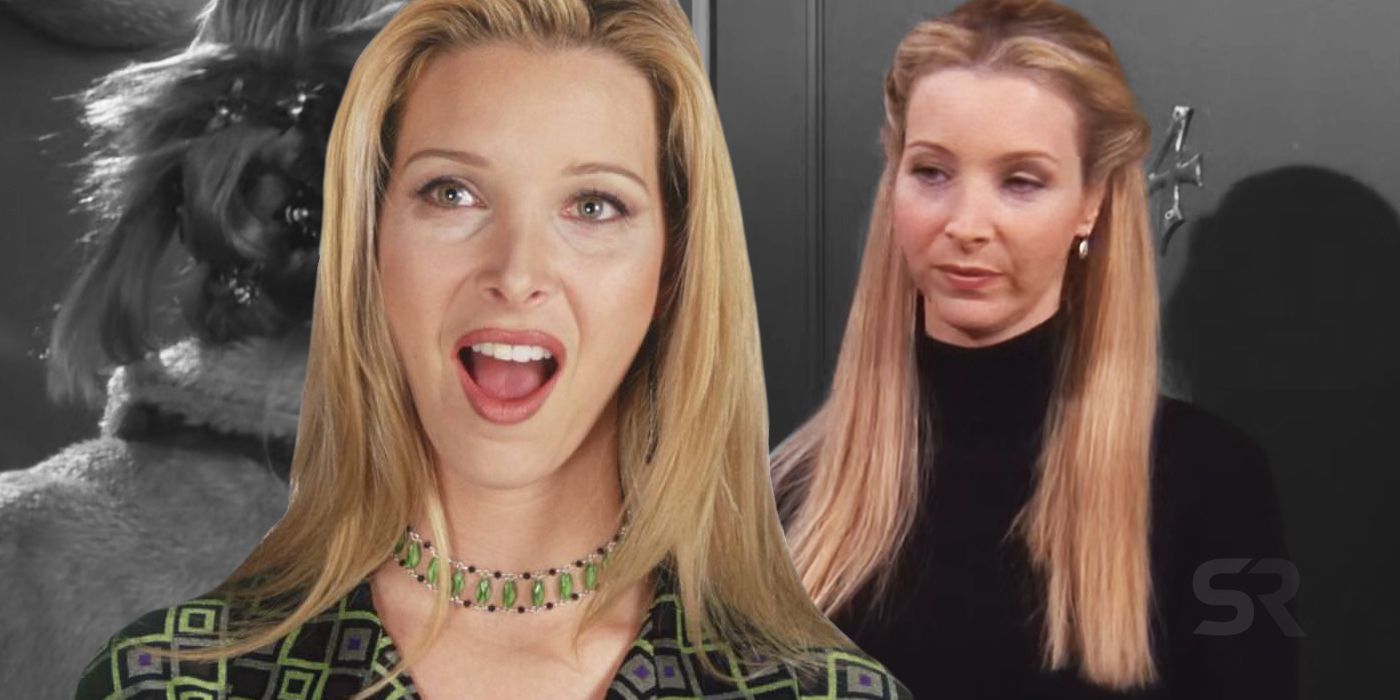 Lisa Kudrow played Phoebe and Ursula Buffay in Friends, and their scenes together required some old tricks and the help of someone close to her.

Phoebe Buffay was the only one from the main group in Friends to be a twin, but since Lisa Kudrow played both Phoebe and Ursula Buffay, how were their joint scenes filmed? Created by David Crane and Marta Kauffman, Friends debuted on NBC in 1994 and came to an end in 2004 after 10 successful seasons. Friends continues to be quite popular, and its time at Netflix introduced it to new generations. The beloved sitcom has since moved to HBO Max.

Friends followed six young adults in New York City doing their best to navigate through adulthood while juggling their social, professional, and personal lives. Among the six friends was Phoebe, the most eccentric of the group and the one with the most complicated family history. Phoebe didn’t have a good relationship with her twin sister, Ursula, who was her complete opposite. Phoebe’s twin, Ursula, didn’t appear on Friends often, and when she did, she was rude to Phoebe and often cut their conversations short.

Both characters were played by Lisa Kudrow and, for the scenes where Phoebe and Ursula appeared together, the production crew used some good old TV magic and enlisted the help of another Kudrow family member to film believable joint scenes between Phoebe and her twin.

Ursula’s scenes in Friends were often next to Phoebe, but since Lisa Kudrow is not a twin, the production team had to use some tricks to sell the idea. In some cases, the production used a split-screen method. Other times, Lisa Kudrow shot both parts, but for the interaction to be believable, she had a double play the opposite character. Whenever Phoebe and Ursula had scenes together, the shot would include Lisa Kudrow as Phoebe facing the camera and her double with her back to the camera, or vice versa. Kudrow would act the scene as each part, and then the takes would be edited together. This provided the illusion that Phoebe and her twin were together in the shot. Lisa Kudrow’s double was her older sister, Helene, who was similar enough in height and build to be a believable double.

In an interview with EW in 2019, Friends director Kevin S. Bright revealed that Lisa Kudrow did not enjoy filming scenes with Phoebe’s twin because she did not like acting with a double. It was more difficult for her as her sister was her double since Bright added that the stress “she put her sister into by being the double was more in her head at the time.” That awkwardness and discomfort did not translate to the final product though, and Phoebe and Ursula’s joint Friends scenes served their purpose. If they were ever awkward, it was because the on-screen twins’ relationship was just like that; Phoebe and Ursula had a strained relationship at best. Luckily for Lisa Kudrow, Friends did not include Phoebe’s twin that much, so she only had to go through that process a couple of times.

With the clever camera tricks and use of Lisa Kudrow’s actual sister as a double that made the on-screen scenes between Phoebe and Ursula Buffay in Friends possible explained, one might wonder why Phoebe’s character had a twin in the first place. Since Ursula’s cameos were rather few and far between, Phoebe’s character was not necessarily defined by her being a twin. The story behind Ursula’s existence is actually connected to another ’90s sitcom, Mad About You.

Related: Why Phoebe Had The BEST Ending In Friends

Ursula Buffay was created for Mad About You, which aired on NBC from 1992 to 1999. When Lisa Kudrow was later cast as Phoebe in 1994, she was still active on Mad About You, so the Friends creators thought it would be an interesting crossover to have Phoebe and Ursula exist in the same universe since both lived in New York City and were played by the same actor. Making Phoebe and Ursula twins on the show Friends was an ingenious way to explain the existence of two characters played by Lisa Kudrow in two different sitcoms that ran at the same time.

Next: Friends: The One Episode With Two Phoebes (In The Same Scene)

Adrienne Tyler is a features writer for Screen Rant. She is an Audiovisual Communication graduate who wanted to be a filmmaker, but life had other plans (and it turned out great). Prior to Screen Rant, she wrote for Pop Wrapped, 4 Your Excitement (4YE), and D20Crit, where she was also a regular guest at Netfreaks podcast. She was also a contributor for FanSided’s BamSmackPow and 1428 Elm. Adrienne is very into films and she enjoys a bit of everything: from superhero films to heartbreaking dramas, to low-budget horror films. Every time she manages to commit to a TV show without getting bored, an angel gets its wings.

When she’s not writing, you can find her trying to learn a new language, watching hockey (go Avs!), or wondering what life would have been like had Pushing Daisies, Firefly, and Limitless not been cancelled. Breakfast food is life and coffee is what makes the world go round.

Guillermo del Toro said “hi” to her once. It was great.

If You Want To Feel Old AF, Look No Further Than This Viral Tweet About Viggo Mortensen And Lord Of The Rings

Gadgets Monster - 0
While Middle Earth is home to countless creatures with extended lifespans, humans here on regular Earth are still subject to the normal passage of...