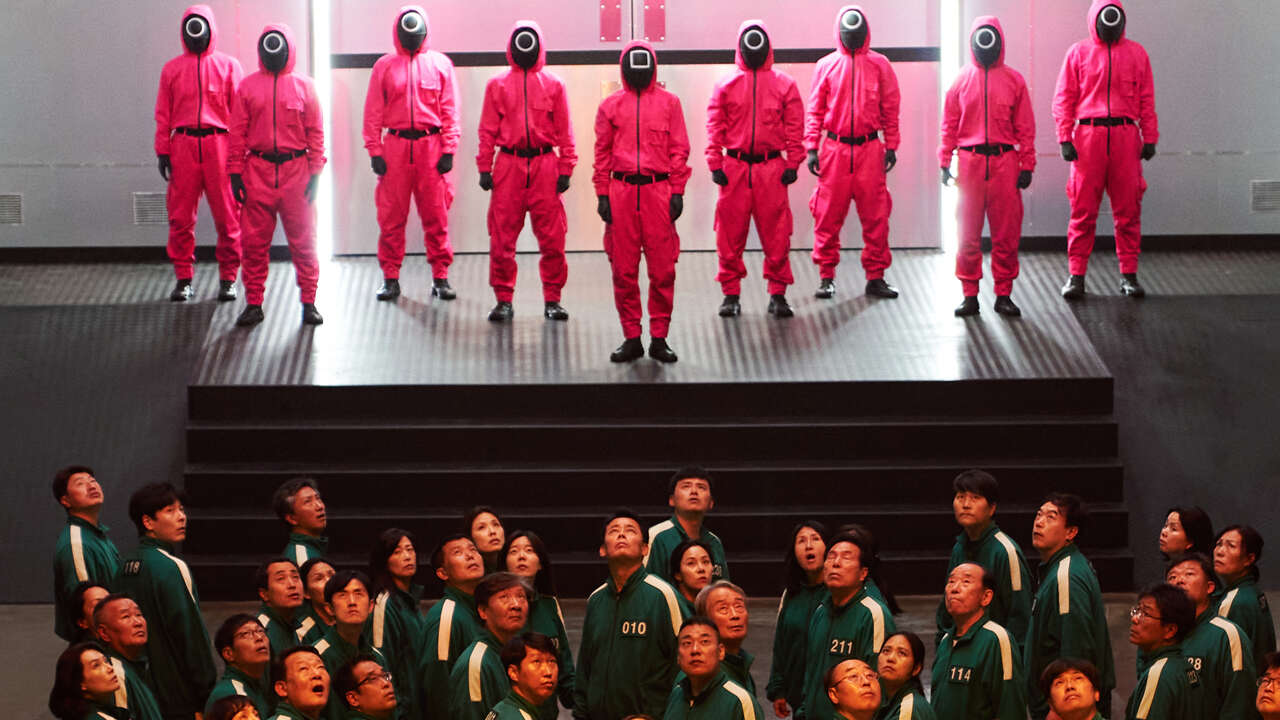 Netflix’s latest hit is the Korean series Squid Game. Over the course of nine episodes, writer/director Hwang Dong-hyuk tells the story of people in debt competing against each other in games typically played by children, with the chance to win a large sum of money. The show’s look is aesthetically unique and the story is familiar yet wildly original. It’s taken the world by storm.

However, when it comes to Squid Game, people want to know if Netflix will renew the series for a second season, even just a week after it debuts. In a binge-watching culture, we all want more and don’t really want to wait for it. But if we never get a second season of Squid Game, is that the worst thing in the world? Nah.

Warning: Squid Game is spoiled a whole bunch below. Please make sure you watch it before going any further.

Squid Game ends with Seong Gi-hun winning and upon coming home, he finds his mother has died while he’s away. That grief, along with the grief of competing in the Squid Game, which resulted in the deaths of hundreds of people and his daughter being taken to the United States by his ex-wife and her new husband, led Gi-hun to live his life like he did prior to being a part of the games: a guy scrounging up money when he can–borrowing even–and drinking. He’s in his darkest place at this point, filled with sadness and Han, a Korean emotional concept that doesn’t have a direct equivalent or translation in English–more on that later.

After the dust settles, Gi-hun is reunited with a friend he made inside the games who supposedly died, Oh Il-nam, who reveals he actually engineered the whole experience because he feels the only way to truly experience the joy of these games is to play them. They place a final bet against each other over whether or not someone will help a drunk outside by midnight, someone does, and Il-nam passes away. This moment, along with finally getting answers however bleak they may be, snaps Gi-hun out of his funk, and he decides to visit his daughter. However, upon traveling, he comes across the man who gave him the business card that got him invited to the Squid Game. He grabs a new one, and decides to bail on his plan to travel to America. That’s where the season ends.

Squid Game revolves heavily around the concept of Han, an emotion ingrained in South Korean culture which is something that doesn’t particularly translate in the West. There are plenty of “definitions” of Han as well, but most mainly revolve around anger, resentment, and rage, which can consume someone; a feeling of injustice or helplessness that becomes overwhelming. It’s a complicated emotion born out of a country that was occupied by others time and time again throughout history, which led to the feeling of a loss of identity. And being cut off from the rest of Asia–in a literal, geographical sense because of North Korea–has also added a feeling of isolation as well. Some say that revenge or vengeance is a part of Han–biding your time until those injustices are righted–but that’s not part of the Han experience for everyone.

Look, I’m a white dude from the American Midwest. I’m never going to have a full understanding of Han or be able to define a complex feeling that can’t fully be described–only experienced. However, considering that South Korea makes some phenomenal TV shows and movies, this is an important term to try and wrap your head around to fully appreciate the art coming out of that country. Even the most basic understanding of Han, you’ll have a new appreciation for Park Chan-Wook’s The Vengeance Trilogy (especially Oldboy) or some of Boon Joon Ho’s work: The Host, The Wailing, Parasite. Han is ingrained in Korean culture and is a part film the same way American films all have a story about romance in it: boy gets girl, boy loses girl, boy gets girl back (it doesn’t always have to be a boy and a girl and it doesn’t always have to be people). Or the idea of chasing the American dream–which is exceptionally broad and can be interpreted in a variety of ways. Americans romanticize everything, and we’re always the heroes in the end. It’s ingrained in American culture.

When it comes to Season 2 of the Netflix hit happening, that’s still up in the air. As of this writing, Netflix has not renewed the show. More importantly, Squid Game creator Hwang Dong-hyuk doesn’t have a second season in mind at this time. “I don’t have well developed plans for Squid Game 2,” Hwang told Variety. “It is quite tiring just thinking about it. But if I were to do it, I would certainly not do it alone. I’d consider using a writers’ room and would want multiple experienced directors.”

Hwang’s take on a capitalistic society is an overnight hit, but he found writing TV harder than film, and it took him six months to compose the first two episodes. However, looking at the series, it’s apparent that a lot of thought and time was put into every character, scene, story, etc.

Would more episodes of Squid Game be nice? Sure. Would seeing Gi-hun go after Front Man (Hwang In-ho) and put an end to the competition make for a great story? Sure. Maybe it could even be argued that Il-nam faked his death again, seeing as the real game was playing outside of the Squid Game with Gi-hun. There are a lot of different places the next season could go. It could even follow the creation of the games or follow another group of people entirely.

However, it doesn’t necessarily need it, as far as Gi-hun is concerned. Gi-hun’s next journey doesn’t need to be told, as his final moments of the first season are a major transition for the character. He’s already gotten away from his former self–the gambling, stealing from his mother, atoning for his past transgressions for a year. His final meeting with Il-nam allowed Gi-hun to have some sort of closure on the traumatic events he went through, seeing newly-made friends die, and coming into more money than he could know what to do with–all while experiencing a feeling of betrayal because of Il-nam. He got cleaned up and a new haircut to really signify he’s moving on, and kept his promises to Sae-byeok and Sang-woo, honoring their memories by helping them with their dreams if they won.

And while the closing shot of Squid Game does leave viewers to think we all know what’s coming next, Season 1 did such a phenomenal job at delivering a beautifully told story steeped in layered storytelling that helps give Westerners a look into one aspect of Korean life–those struggling to make ends meet–along with a look into how Han plays a role into the life of a Korean. It’s a perfect series as a standalone season. That doesn’t mean there shouldn’t be a second season, but if there isn’t, that’s fine.