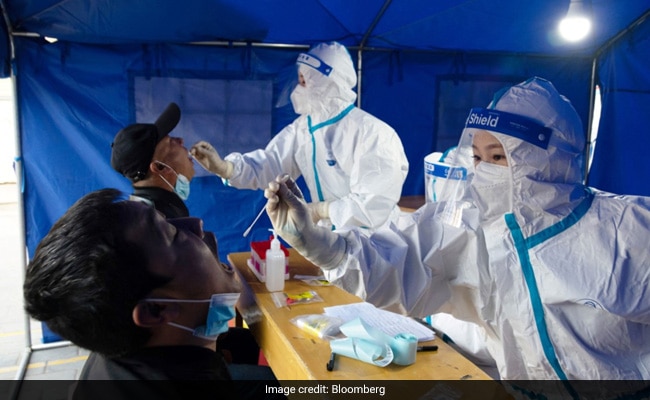 China is currently battling its fourth flareup driven by the variant in the past five months.

China has been able to beat back successive waves of Covid-19 thanks to the widespread deployment of snap lockdowns, strict quarantines and some of the world’s tightest travel controls. Yet, the strain is showing at its borders.

Case in point is Ruili, a city in remote southwestern China that is hemmed in by a 169 kilometer (105 mile) border with Myanmar on three sides.

The city, which thrives on cross-border trade, has sent its 268,000 people into lockdown four times in the past seven months alone. Retailers and restaurants have gone out of business. Locals are largely barred from leaving, and the area is languishing amid restrictions designed to find and extinguish infections as they find ways across the border and spread.

The toll on Ruili’s people and economy has been so severe — with little payoff in terms of eliminating the pathogen — that some are speaking out. 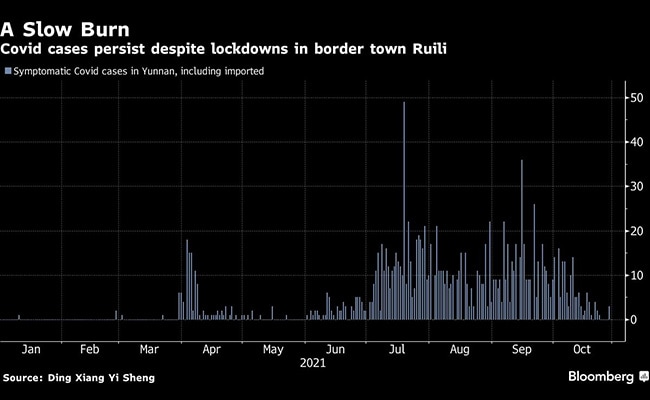 “Extended lockdowns have sent the city into an impasse,” said Dai Rongli, Ruili’s former deputy mayor, making an emotional plea on his personal social media account last Thursday. “It urgently needs to resume production and essential businesses. The government should learn its lessons in balancing the big picture with the local situation as well as people’s livelihoods and Covid control.”

The rare outburst — in a country where most people acquiesce to the government and local leaders have been swiftly removed for failing to control the virus — underscores the toll being extracted by China’s approach almost two years into the pandemic. Beijing has held fast to the strategy, which relies on constant vigilance, even as the pressure to protect jobs, people’s mental health and economic growth forces other so-called Covid Zero countries from Singapore to Australia and New Zealand to start opening up.

The sacrifices made by residents of Ruili have done little to keep the virus at bay, with successive waves of Covid hitting one after another since March. There have been more than 1,500 cases so far this year in the broader Yunnan province, with most in the Ruili region. The problem is neighboring Myanmar, where the virus is rife due to containment challenges amid political turmoil.

“Every lockdown is a severe emotional and material loss,” said Dai, who’s now a senior executive at a state-owned rail construction firm. “Every battle against Covid adds a layer of unhappiness. Officials endured hardships while standing guard on the border. Ordinary people deplete their means and passively accept the reality every time an outbreak strikes.”

Despite the burden on citizens, the world’s second-largest economy remains committed to keeping coronavirus out, at least through the Winter Olympics that begin in Beijing in February. That stance is being tested by increasing points of friction, including fatigue with the stringent rules. Police in China’s capital have launched criminal investigations into people who flout virus curbs, while elderly tourists have ignored inconclusive tests and hidden fevers to continue traveling around the country and entertaining.

This behavior, in groups that are at higher risk from Covid, has contributed to its spread. The arrival of the more infectious delta variant is also making it easier for the pathogen to slip between the emerging cracks of China’s Covid defenses. The quandary in Ruili, home to Burmese nationals, local Han Chinese and other ethnic groups, is a harbinger of the limits of Covid Zero. The Dehong Prefecture that includes Ruili had 97% of its people fully vaccinated by July.

While China’s pandemic strategy has seen success compared to many other parts of the world, its measures are not easily replicated and rely on constant enforcement. Masks are compulsory in public places, mass testing of entire neighborhoods is deployed within hours of a reported infection, and the country’s surveillance network facilitates detailed contact tracing. While more than 75% of the population is vaccinated, there are still mandatory quarantines on entry, some as long as 21 days.

But still, delta has been able to get in. The country is currently battling its fourth flareup driven by the variant in the past five months, with each outbreak returning more quickly than the previous one. Though the case numbers are minimal compared to what other countries are living with ever day — there were just 48 locally-transmitted infections on Saturday — the response is not.

The recent outbreaks have raised the question of how long China can sustain its no-compromises elimination strategy, and at what cost.

“People in Ruili have done their best,” said Zhang Wenhong, a renowned infectious disease specialist in Shanghai who has insinuated in the past that China might need to find a way to coexist with the virus. “It’s not just Ruili, but tens of thousands of place like it. China has to open, the world has to open. Is there any better shield than our own body?”

‘Bhoothakalam’ movie review: Getting the scares right in effortless fashion