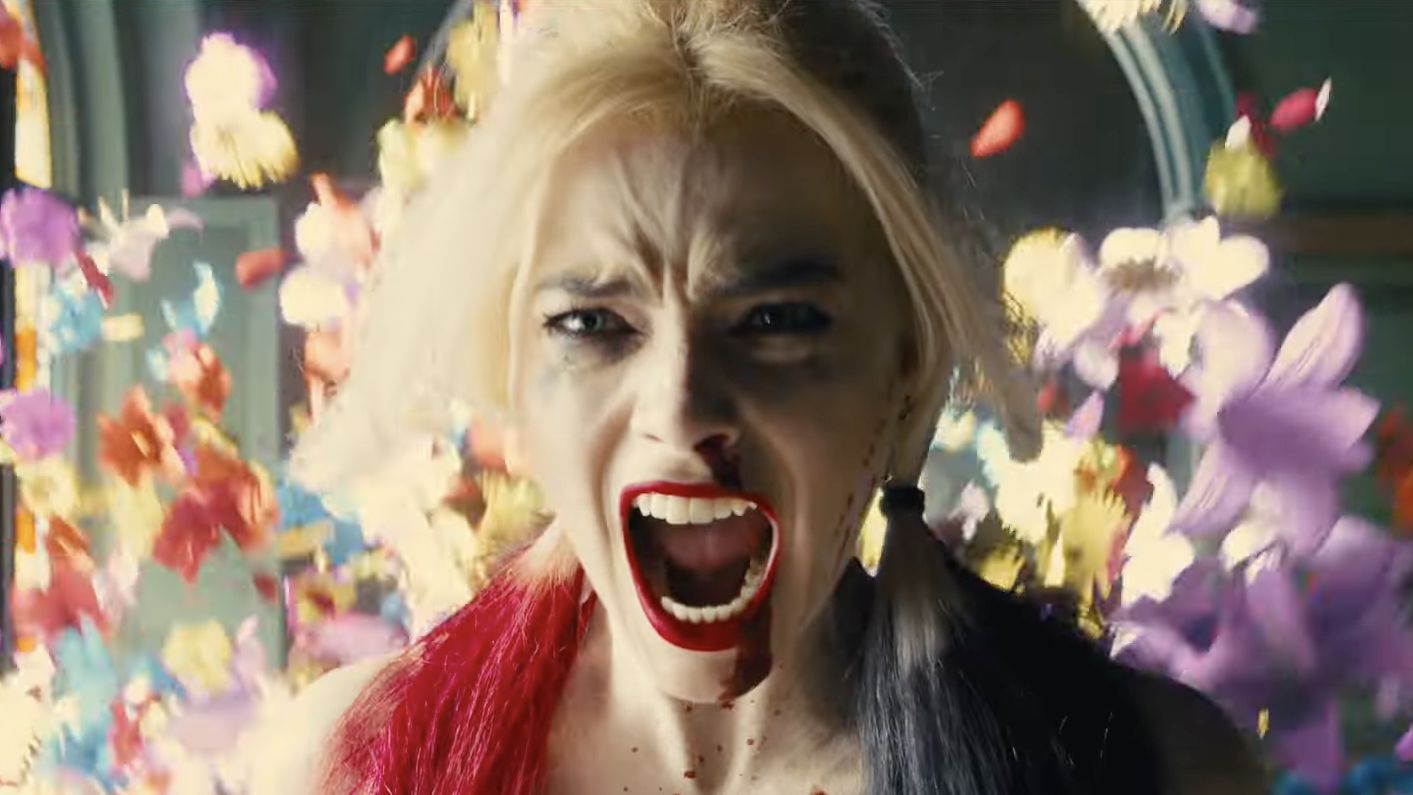 Margot Robbie brought her version of Harley Quinn to the big screen for a third time in James Gunn’s The Suicide Squad and fans can now check out a new behind the scenes video of the original choreographed fight for Harley’s escape scene in the movie. Gunn has always been happy to share behind the scenes information on his social media accounts, and even now with the movie having been released earlier this year, having streamed on HBO Max and on home media, he is still giving fans a look at what went into making the movie.

When making the DC movie, Gunn professed that The Suicide Squad was a movie that incorporated more practical effects than his Marvel movies combined, and as part of that he employed stunt coordinator Guy Norris, a veteran of the industry who began his career as a stuntman on Mad Max 2: The Road Warrior in 1981 who worked in the same role on David Ayer’s 2016 Suicide Squad movie.

The video shared by James Gunn on his Twitter account sees Norris and his team developing the escape scene, which sees Harley Quinn fighting her way out of the Corto Maltese presidential palace. The skill of everyone involved in the scene is on show as is the extraordinary amount of work that went into making the scene just as Gunn wanted it, when many directors would have simply had CGI doing a lot of the donkey work. With the video, Gunn commented, “An early video I took while we were designing Harley’s escape run for #TheSuicideSquad with stunt coordinator Guy Norris & his great team.” You can check out the one shot video below.

Even without the fantastical digital elements that were added to the final scene in the movie, which saw flowers replacing blood in a similar way to the effects used in one scene of Birds of Prey, the raw footage shot by Gunn is still an amazing feat to witness from a stunt point of view, and a treat for fans of this kind of insight into the movie making process. From this point, you can almost line up the footage and final movie and see which moves made it into the finished product, and how polished the whole thing was from the very start even at this stage.

While The Suicide Squad is now all done, Gunn is probably not done with the characters from the movie, with the Peacemaker spin-off series starring Jon Cena heading to HBO Max in January, and Gunn having hinted that there could well be more spin-offs to come, as well as other DC projects that he seems all set to jump on once his current work on Marvel’s Guardians of the Galaxy is done. Of course, Gunn has just commenced filming on his final Guardians outing this month, so any new projects are going to be a little while off yet, but as he has proved with his numerous posts of the storyboard work he was doing for Guardians of the Galaxy Vol.3 months before shooting started, he doesn’t always wait for one project to end before he starts work on the next.

Gadgets Monster - 0
The Boyapati Srinu directorial is making the fans go crazy.Akhanda, the third collaboration between Balakrishna and Boyapati Srinu, got off to a great start...

When Katrina Kaif mentioned three things she would like men to...