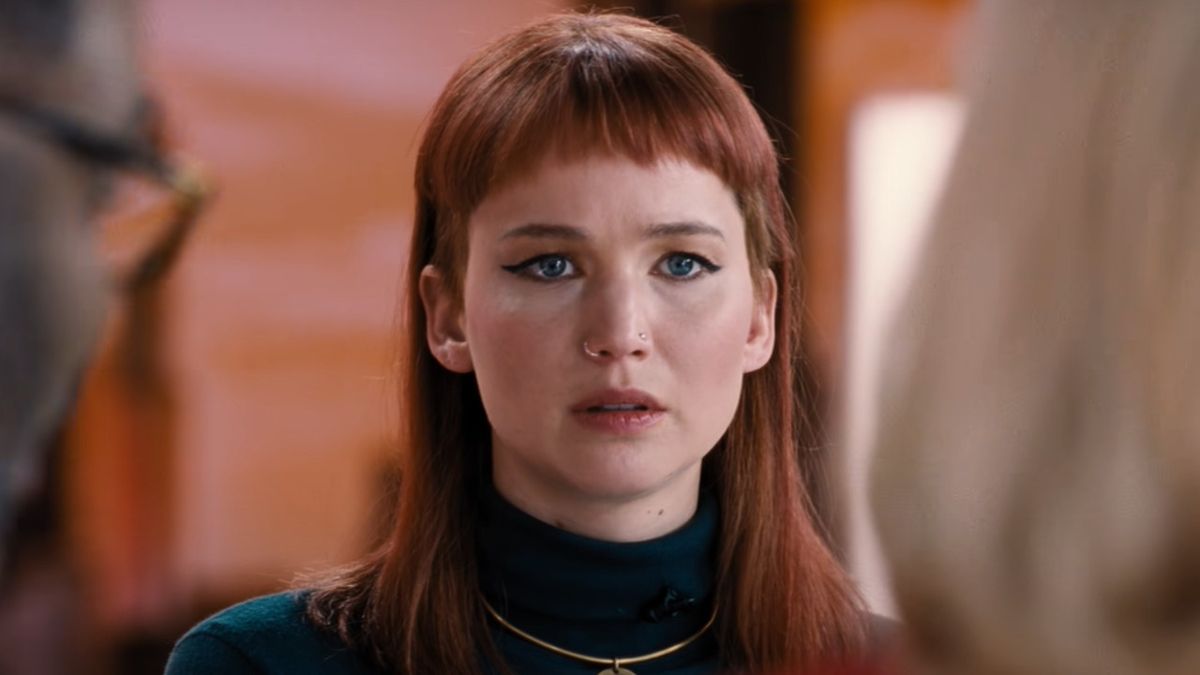 Jennifer Lawrence’s brand of sarcastic sincerity is in a league of its own. Like that time she commented on Scarlett Johansson’s dispute with Disney, and the word “crowning” was used? Or, poor Leonardo DiCaprio, how she went “method” on the set of Don’t Look Up? The imagination! The precision! And unsurprisingly, her wit also applies to the Real Housewives, because Lawrence just unleashed some extra hot takes on some of the franchise’s most infamous leads, including the one and only Jen Shah.

Real Housewives of Salt Lake City star Jen Shah has been embroiled in hefty legal trouble this past year following her arrest for fraud and money laundering charges. She is accused of running a nationwide telemarketing scheme and faces up to 30 years in prison if found guilty. The thing is, though, she proclaims innocence. On the most recent episode of the RHSLC second season, Shah even claimed that, if anything, she’s known for being too giving. And actress Jennifer Lawrence is apparently not buying what Shah is selling. At all. The X: Men star told Vanity Fair recently,

Jen Shah’s alleged criminal behavior has been burning her Real Housewives of Salt Lake City co-stars’ biscuits, too. Meredith Marks in fact accused a “Shah Squad” member of stealing from her boutique – which Shah has, of course, adamantly denied. But on the comical side of things, it’s always entertaining to realize that Jennifer Lawrence is just as invested in the storyline as the rest of the Bravo fandom. What’s more is that I believe her when she says that she’s up at night worrying about what others think of her, given her recent revelations about why she took a break from acting.

During her self-imposed hiatus from making movies, Jennifer Lawrence got married. She wed Cooke Maroney, an art gallerist, in 2019, and the two are now expecting their first child together. And speaking of Maroney, Lawrence artfully used him as a punchline about reality star Candiace Dillard Bassett’s wild decisions of late. On that Real Housewives of Potomac alum, Lawrence said,

To be honest, I would live for Jennifer Lawrence enlisting her hubby as manager, just to mimic the Real Housewives of Potomac storyline. It would also be totally in keeping with her history with notorious reality TV stars. As a fan, she’s been known to not only hang out at the Vanderpump Rules restaurants, but she’s also on first name terms with the Kardashians.

But for my Bravo bingo board, I’m going to need to hear Jennifer Lawrence’s take on Real Housewives of Beverly Hills star Erika Jayne next. Or what she thinks of Lala Kent’s recent comments about Randall Emmett on Vanderpump Rules.