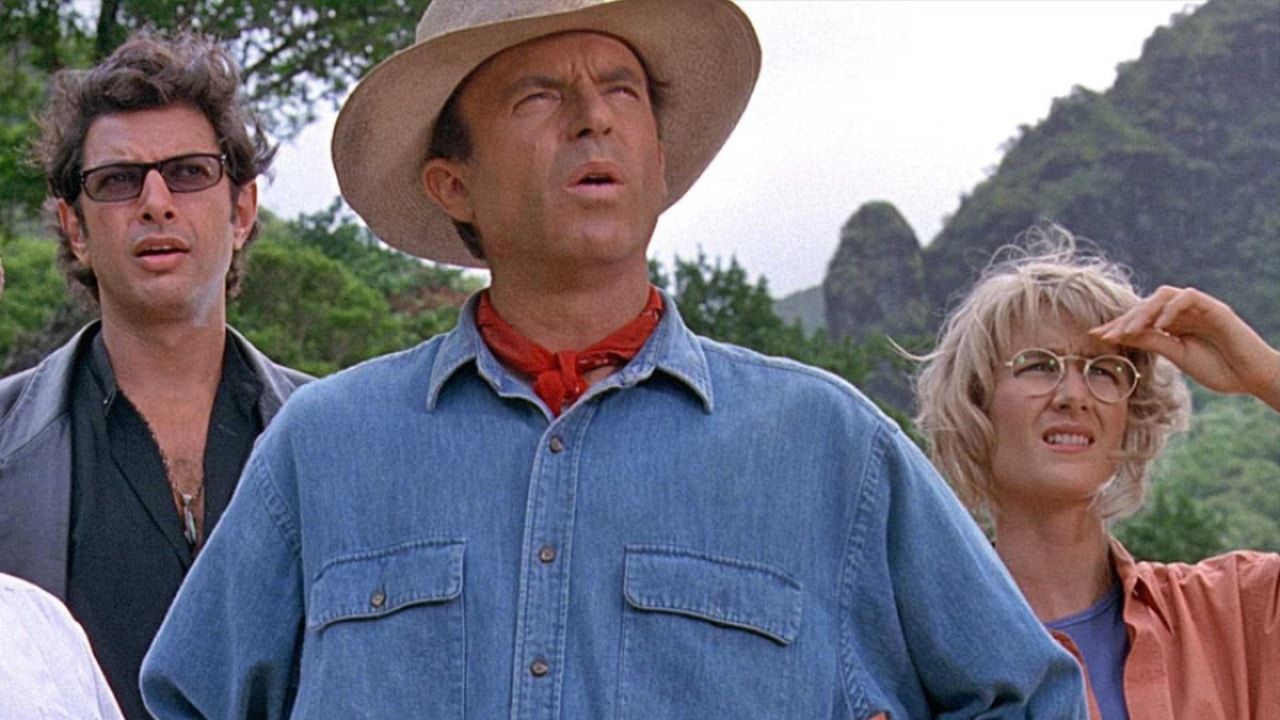 Jurassic Park trio Dr. Alan Grant (Sam Neill), Dr. Ellie Sattler (Laura Dern), and Dr. Ian Malcolm (Jeff Goldblum) will play a major role in the upcoming sequel Jurassic World: Dominion according to director Colin Trevorrow. Following the release of a 5-minute prologue and terrifying new poster, the filmmaker has teased the legacy gang’s part in proceedings, revealing that they are “a huge part of it,” and play equal fiddle to Jurassic World heroes Owen Grady and Claire Dearing.

“Ellie and Grant and Malcolm are on this full adventure, they’re a huge part of it, and equal partners to Owen and Claire and Maisie and our new characters we’ve brought in. The challenge of a movie like that is to give every character their due, to honor everybody. That’s part of what this prologue is about; I felt that if we didn’t have this in the story, that the T-Rex wasn’t being honored. She’s a character too.”

Specific plot details for Jurassic World: Dominion remain under wraps at present, though this is likely to change soon as the marketing for the movie ramps up, and while we don’t yet know exactly how the story will include the trio of franchise heroes, Dr. Ian Malcolm, Dr. Alan Grant and Dr. Ellie Sattler, it certainly sounds like it will be much more than a cameo when they are brought back into the prehistoric fray. Reintroducing the Jurassic Park characters is something that Trevorrow had always planned to do, and he does not intend to let it go to waste…

“Being able to have our legacy characters and our Jurassic World characters together in one film to me was important because [Dominion] is as different as a film that we’ve ever made in this franchise. And I think when you’re pushing something as far forward as we are, to have an element of it that’s familiar, to have characters that you know and love venturing with you into the new space, feels crucial.”

Laura Dern recently teased her excitement over returning to the hugely popular franchise, with the actress teasing the reunion of the original trio, as well as the brilliance of Colin Trevorrow’s contemporary message told within all the dino action. “Well, I’m so excited. We had an extraordinary time all being together and back together,” she said. “I feel really excited and privileged to be part of something that in its core, you know, was environmental messaging thanks to [book author] Michael Crichton long ago.”

Directed by Colin Trevorrow, who has written the screenplay with Emily Carmichael, and based on a story by Trevorrow and his writing partner, Derek Connolly, Jurassic World: Dominion is all set to be unleashed in theaters next year, on June 10, 2022. This comes to us courtesy of IGN.

Hawkeye director Rhys Thomas reveals the setting of the Disney+ series, and it will be the latest entry in the MCU’s timeline.

Sony up for another ‘Spider-Man’ trilogy with Tom Holland and Marvel, says producer

Gadgets Monster - 0
See a new leader emerge in the crime underworld of Tatooine in the teaser for The...

Sony up for another ‘Spider-Man’ trilogy with Tom Holland and Marvel,...

’83: Tahir Raj Bhasin As Gavaskar To Dhairya Karwa As Ravi...