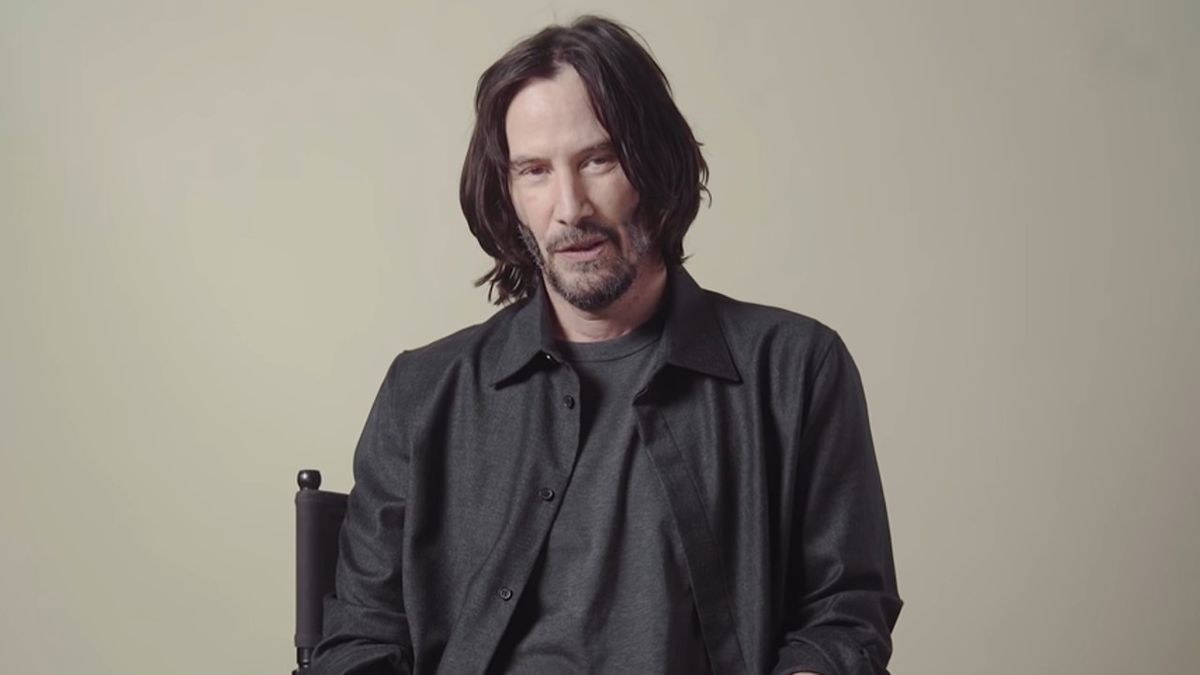 It’s been a month since Denis Villeneuve’s Dune hit HBO Max and theaters, and the new film adaptation of Frank Herbert’s 1965 science fiction novel can seemingly do no wrong. The film quickly made a name for itself as a masterful work of art, and the Dune we all deserve. While high praise is coming from all directions, possibly one of the best remarks comes from John Wick star Keanu Reeves. And he had a simple one-word review of the recent film.

If there really was a title for most interesting man alive, Keanu Reeves would certainly be in the running for the crown. The man is a never-aging enigma who seems to make everything he is involved in 10 times cooler. So when he only has one word to describe something, you pretty much know that word is going to hold some serious value. In an interview for his cover issue of Esquire, Reeves has this short and sweet review of Dune:

In another life Keanu Reeves may have been a movie critic, and not because of his stoic review of Dune. He loves movies, and apparently when he isn’t busy making them he’s busy watching them. Of course, not all of his movie reviews are one-worders. A lot has already been said about how all around masterful the new Dune is, from the vision of Denis Villeneuve to the performance of its many stars, so Reeves probably didn’t think he needed to elaborate on his simple review.

However, Keanu Reeves had much more to say when talking about his upcoming The Matrix Resurrections after he watched the final cut of the film. The star had some high praise for Lana Wachowski after screening the film, and even seemed a little awe-struck at the visionary. Of course, the brilliance of The Wachowski Sisters has been proven time and time again with the previous Matrix films, Cloud Atlas, and other projects like Sense8, but clearly Lana can create a film just as beautiful without her sister Lilly as a creative partner.

Just as with Dune, we can apparently expect something pretty epic from The Matrix Resurrections. Lana Wachowski’s co-writer on the film David Mitchell has said the sequel is quite unlike any blockbuster sequel out there now. And we already know that Keanu Reeves’ return after his death in The Matrix Revolutions sets us up for a mind- twisting film, even if the detailed theories don’t hold up to the reality of the film.

Hopefully you were able to watch the “Awesome” Dune before it left HBO Max, because unless you can find it hanging out in a theater somewhere, you’re out of luck until it resurfaces. As for when you’ll be able to see Keanu Reeves take back up his role as Neo in The Matrix Resurrections, you won’t have long to wait at all. Fans can catch the newest addition to The Matrix franchise both in theaters and on HBO Max on December 22nd.

Anushka Sharma and Virat Kohli to Attend with Vamika?

Inside Yami Gautam’s Birthday Festivities. Sister Surilie Wished Her Like This

Mark Hamill Brings Skeletor to Life in Masters of the Universe:...

Anushka Sharma and Virat Kohli to Attend with Vamika?

Inside Yami Gautam’s Birthday Festivities. Sister Surilie Wished Her Like This