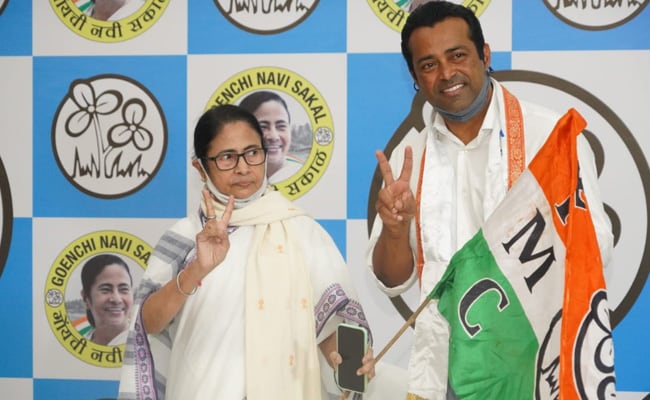 Tennis veteran Leander Paes joined the Trinamool Congress today, the third celebrity – after actress Nafisa Ali and Mrinalini Deshprabhu – to join the party in a day as it looks to gain ground in the coastal state ahead of the assembly elections in 2022. Leander Paes was welcomed into the party by West Bengal Chief Minister and party chief Mamata Banerjee.

“Now I have retired from tennis. I want to serve the people through the vehicle of politics…..to make a difference to country. Didi (Mamata Banerjee) is a true champion,” Mr Paes, 48, told NDTV.

We are extremely delighted to share that Shri @Leander joined us today in the presence of our Hon’ble Chairperson @MamataOfficial!

Together, we shall ensure that every single person in this nation sees the Dawn of Democracy that we have been waiting for since 2014!

2022 is Going to be Special for Vikrant Singh Rajput. Here’s Why