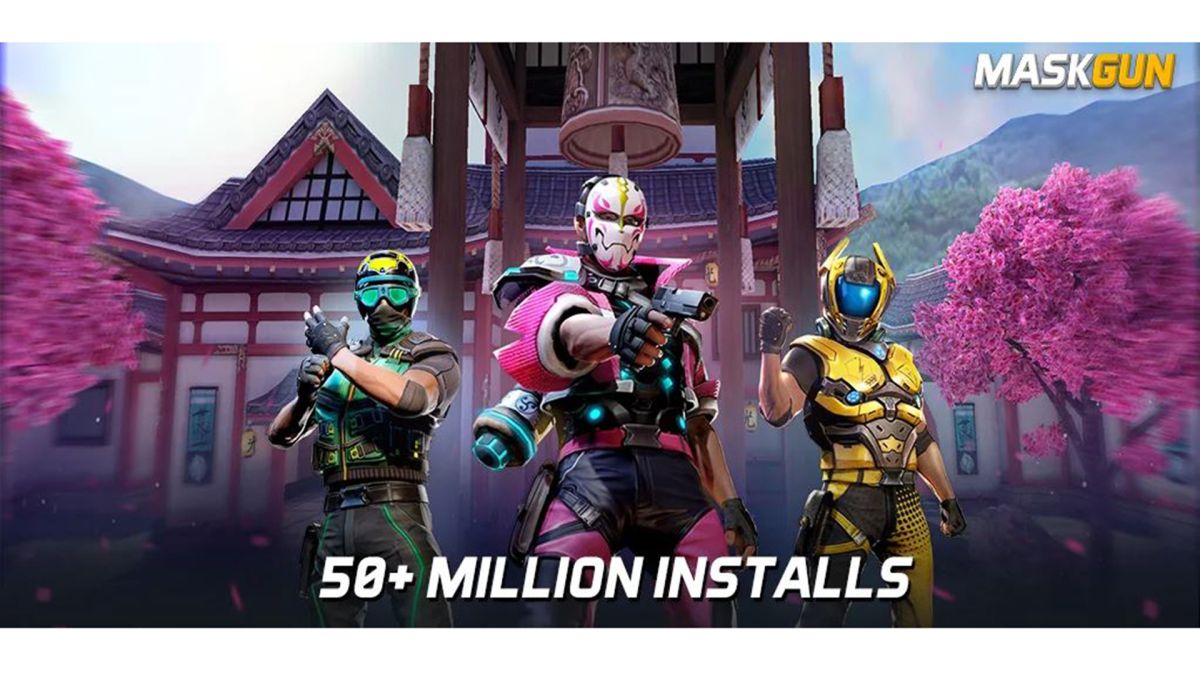 Indian gaming developers have had sporadic success up until now with very few games outside the likes of ludo and cricket getting any success. But it seems like the homegrown developer SuperGaming has seen some real success when it comes to making shooter games like MaskGun.

This game which was launched back in January 2019 has recently hit a new milestone of garnering more than 50 million players which is a very big deal. And more than just being competition to run-of-the-mill Ludo and Cricket games this indicates evolution of the industry.

To commemorate the achievement os having crossed the rare milestone 50 million players MaskGun had 50 hours of double XP and gold in-game this weekend.

Besides this the developers confirmed that the game on Android and iOS has more than 56 million playing it. MaskGun runs on the June Engine, which is SuperGaming’s proprietary technology, entirely built by the team in Pune, India.

The company also revealed some interesting facts that say that players have fired more than 46.7 billion bullets, resulting in 4.6 billion kills of which over 542 million of them are headshot kills since MaskGun was first available. It has a vocal community of over 1.3 million clans with a grand total of 23 million in-game hours according to a detailed infographic from the company.

Also, SuperGaming will highlight its biggest fans without which the game would not have reached this milestone with video testimonials from this week.

“When we launched MaskGun we never expected to have the impact it did and the outpouring of love from the MaskGun family has inspired us to be better,” says Roby John, CEO and co-founder. “Their support has made the journey to 50 million — and beyond — all worth the while. In the weeks to come we’ll be highlighting these community heroes as our way of celebrating their stories that our game has been fortunate to play host to in some small way.”