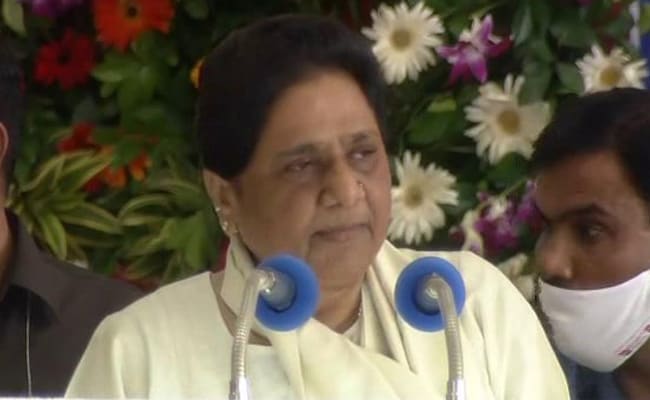 “The politics of the SP and the BJP have been complementary to each other,” Mayawati said (File)

The BSP hit out at Samajwadi Party chief Akhilesh Yadav on Monday for speaking of Mahatma Gandhi, Sardar Vallabhbhai Patel, Jawaharlal Nehru and Muhammad Ali Jinnah in the same breath and alleged that there is a “collusion” between the SP and the BJP.

In a tweet in Hindi, Bahujan Samaj Party (BSP) chief Mayawati alleged that Mr Yadav’s remarks on Jinnah and the BJP’s response to it are part of a well-thought-out strategy of the two parties to vitiate the atmosphere on Hindu-Muslim lines ahead of the Uttar Pradesh Assembly polls.

Mr Yadav lavished praise on Sardar Patel on his 146th birth anniversary at a public meeting in Hardoi on Sunday, but raised eyebrows when he appeared to equate the four leaders, including Jinnah, the founder of Pakistan.

“Sardar Patel, Father of the Nation Mahatma Gandhi, Jawaharlal Nehru and Jinnah studied in the same institute and became barristers. They helped (India) get freedom and never backed away from any struggle,” he said.

The SP chief also referred to the ban imposed on the Rashtriya Swayamsevak Sangh (RSS) by Patel, the then Union home minister, following Gandhi’s assassination in 1948, saying only he could do it.