Savita Singh’s film not only won the National Award for Best Cinematography, it is also India’s short film entry for the Oscars

If cinematography is the art of making the invisible visible, then Savita Singh has mastered it. Her short film Sonsi is not only winner of this year’s National Award for Best Cinematography, it is India’s entry for the Oscars in the short film category.

Savita, who hails from a family of farmers in Hisar and is the first female graduate from her village, has gradually emerged as an ambassador of the growing tribe of women cinematographers in the country. With support from her father, who works in a bank, Savita did a stint as a journalist in Delhi, then went on to study at Film and Television Institute of India, where she collaborated with her senior, Amit Dutta, on Kramasha, an experimental film that he directed and she shot for her thesis. The film, which created waves in the festival circuit, won Savita her first national award and made Amit a name to reckon with in experimental filmmaking. Savita, meanwhile, moved to Mumbai and collaborated with Ram Gopal Varma on Phoonk and Prawal Raman on 404. But alongside, she kept nurturing her love for the avant-garde.

With Sonsi, she has turned writer-director. The film follows eight-year-old Nadi, who wanders somewhere between the conscious and the unconscious, to meet her dream-etched shadow bird. A second character, the mysterious timekeeper, who has a clock fitted inside his heart, unfailingly follows. Every day upon his arrival, the sleepy village wakes up. But one morning, neither the shadow bird nor the timekeeper arrive, and Nadi ventures alone into the deep, mysterious woods in search of them. 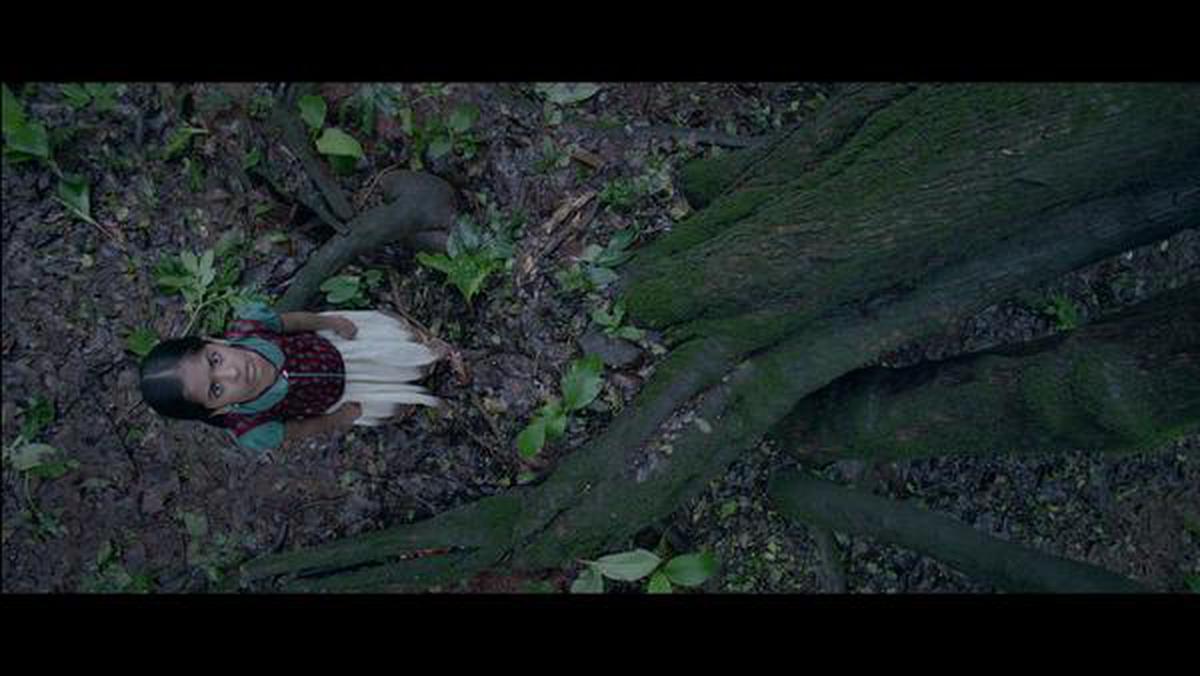 The film feels like a fraternal twin of Kramasha, and Savita agrees. “Amit loved the film. Sonsi starts with the shot of the same temple top, which is in the last shot of Kramasha.” Savita says the visual grammar of Kramasha is bound to continue, but “the dream is a coincidence!” Edited excerpts from an interview:

I have always found refuge in films. I started watching cinema at a very young age and I inevitably felt at home watching films that had a unique way of telling a story. The form always intrigued me. I was drawn to folklores, oral storytelling traditions, fantastical stories, science fiction, and fables. This idea was germinating in my head for a really long time. In many ways, it is me revisiting my childhood and all the influences and my collective memories of growing up. So I wove a fable of my own of a timeless world, a village where it never stops raining, where you won’t see any human footprint, except for the four characters in the film.

It appears to be a mystical parable. The camera literally follows the timekeeper. How did you arrive at the form?

I call it a film fable. My effort was to create an experiential and immersive film that transports everyone to a phase in their life when time moved slowly. I intuitively arrived at this form, where poetry, images, memory, melancholia, senses, early morning dreams are explored through experimenting with time and space. References from my favourite authors, filmmakers, painters came in beautifully. For example, the name of the bird sonsi comes from the female protagonist of Vinod Kumar Shukla’s Deewar Mein Ek Khidki Rehti Thi. I was struggling to find an apt name for the shadow bird till the night before the shoot. I wanted the name to be phonetic and not very deep and metaphorical. I was glad that the name came organically and I could give my little tribute to Shukla ji, whose work has had a big impact on me. Andrei Tarkovsky’s cinema has always been very close to my heart, and you will see the reflections of his language in my form. 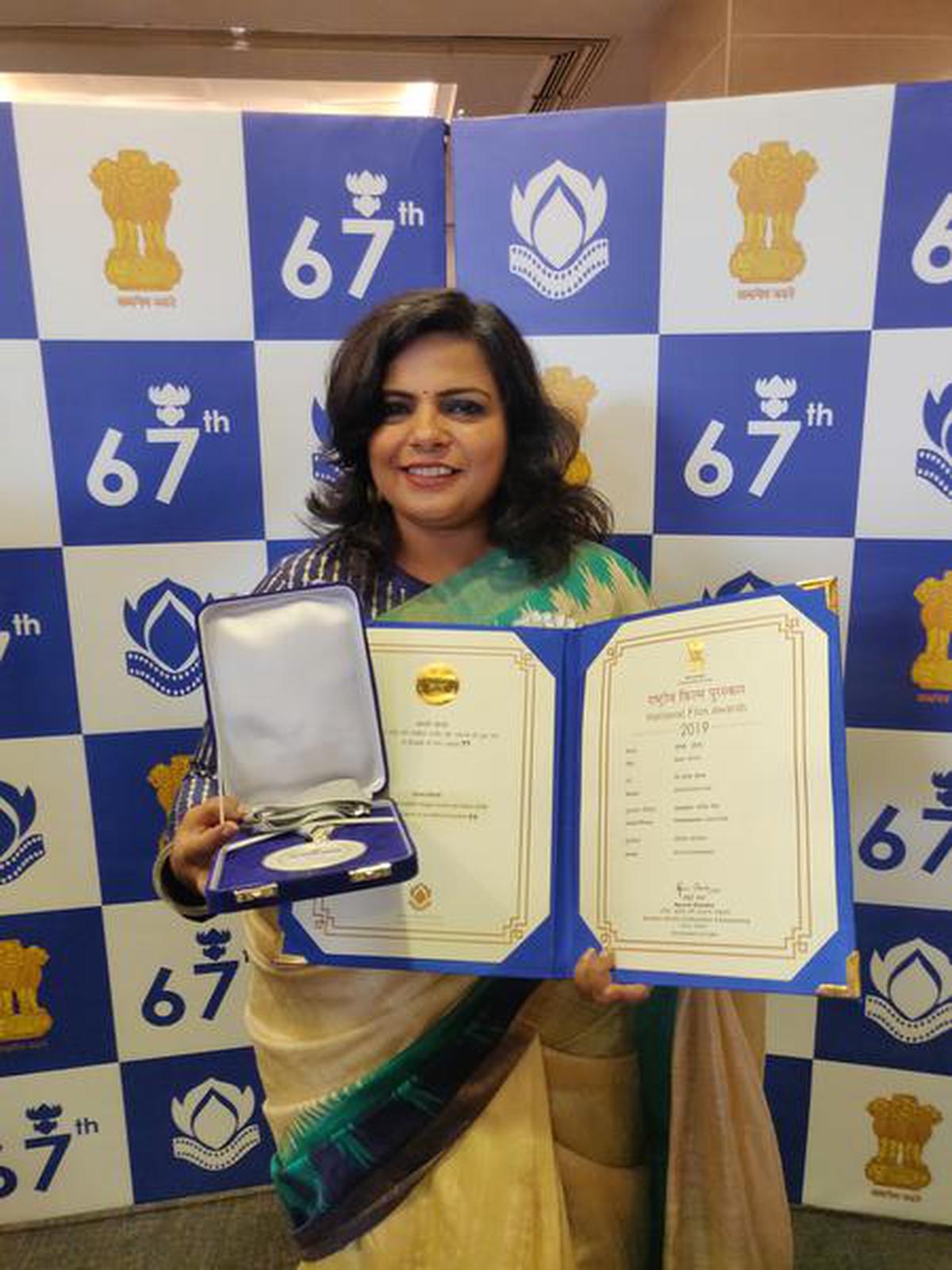 Right from the first, you have gone beyond the obvious. How did that happen?

I was always drawn towards films that challenged the form, so I sought those kinds of stories. I was fortunate to work with Amit Dutta, whose films have created a new language in filmmaking and I am grateful that I was a small part of that movement.

Tell us about the time you spent with Vilmos Zsigmond.

After graduating from FTII, I was selected for ‘Budapest Master Class’, the famous workshop for cinematographers. Vilmos was a quiet teacher, non-judgemental, someone who encouraged everyone to learn from practice, hard work and from making their own mistakes. I distinctly remember that on my shoot day, I had 39 cinematography students telling me that their light meter is reading an error message because I had kept such a low lighting and certain areas were so heavily over-exposed that the highlights were burnt out way beyond what the film latitude could handle. I smiled and said that it’s by design. And Vilmos did like my scene and lighting, but also said that our generation is always in a hurry to break rules. It took me a few years to understand that statement. He meant that it’s great to break rules, but equally important to master the rules as well.

When I was shooting Ventilator in a small village in Konkan, every day the women from the village would walk up to me and tell me that they felt so proud to see a woman ‘cameraman’. What struck me was that these women did not approach me with disbelief but sheer pride. It was equally endearing when a setting boy started calling me ‘camera ma’am’ during the shooting of Hawaizaada. And before I knew it, everyone on the set, including the actors, was calling me ‘Camera ma’am’.

How does it feel to be selected for the Oscars?

One can’t really say what works for a global audience. We recently won Best Film at Lady Filmmakers Film Festival, Los Angeles, and the jury there absolutely loved the film. It was amazing to know how films cut across cultures and languages. When I got a call from Anand Varadraj, the director of Bangalore International Short Film Festival, to tell me we had won Best Film, I had no idea that this win would automatically qualify us as India’s entry for the Oscar Shorts. To be honest, it felt good. All artistes work for validation. It’s always great to know that your film is speaking to people.