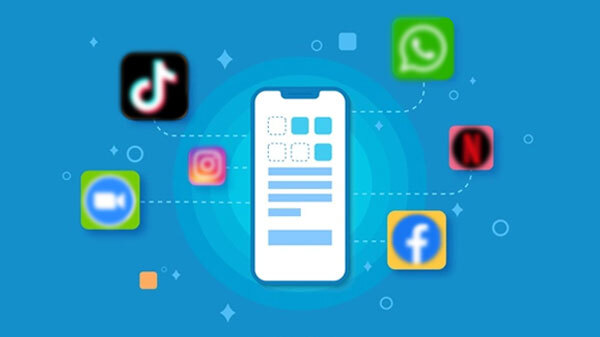 2020 was not a great year for most people, where many lost jobs and has to stay inside their homes. What do people do when they are made to sit at one place for months? They use smartphones, and staying indoors will definitely increase the screen-on-time.

The more time they spend on their smartphone, the more apps, and services they discover. Here are the top ten most downloaded apps of 2020, where some of the new apps have outperformed some of the most used social media apps by a substantial margin. Do note that, these numbers include an app download on both the Android and iOS platforms.

TikTok Is The Most Downloaded App In 2020

There is no doubt that TikTok became a phenomenon in 2020 across the world. This is the app that bought vertical short videos to the mainstream and has clocked over a massive 850 million downloads in just 2020. This number would have easily reached 100 million if the app didn’t get banned in India.

The second place goes to none other than WhatsApp, which is currently under a lot of criticism post the announcement of the new privacy policy, where the app will share some personal information with the parent company Facebook. Just in 2020, more than 650 million people have downloaded WhatsApp, and do note that, these are just the new users of this service, who got onboard in 2020.

Zoom Is The Most Downloaded Video Conference App Of 2020

This pandemic made us work-from-home and to learn-from-home, and one of the most used tools for attending an online meeting or listening to a lecture is Zoom. Overall, more than 400 million people have downloaded the Zoom app in 2020. With over 250 million downloads, Google Meet is in 9th place and the second most downloaded video conference app of 2020.

Snapchat And Telegram Also Did Well In 2020

Over 281 million people downloaded Snapchat in 2020, which can also be considered as an Instagram alternative. Then, Telegram, the WhatsApp alternative has been downloaded 256 million times just in 2020.

Netflix Is The Only Streaming App In The Top Ten List

Netflix, the premium OTT platform has been downloaded by 223 million times in 2020, and it is one of the most downloaded video-streaming apps of 2020.