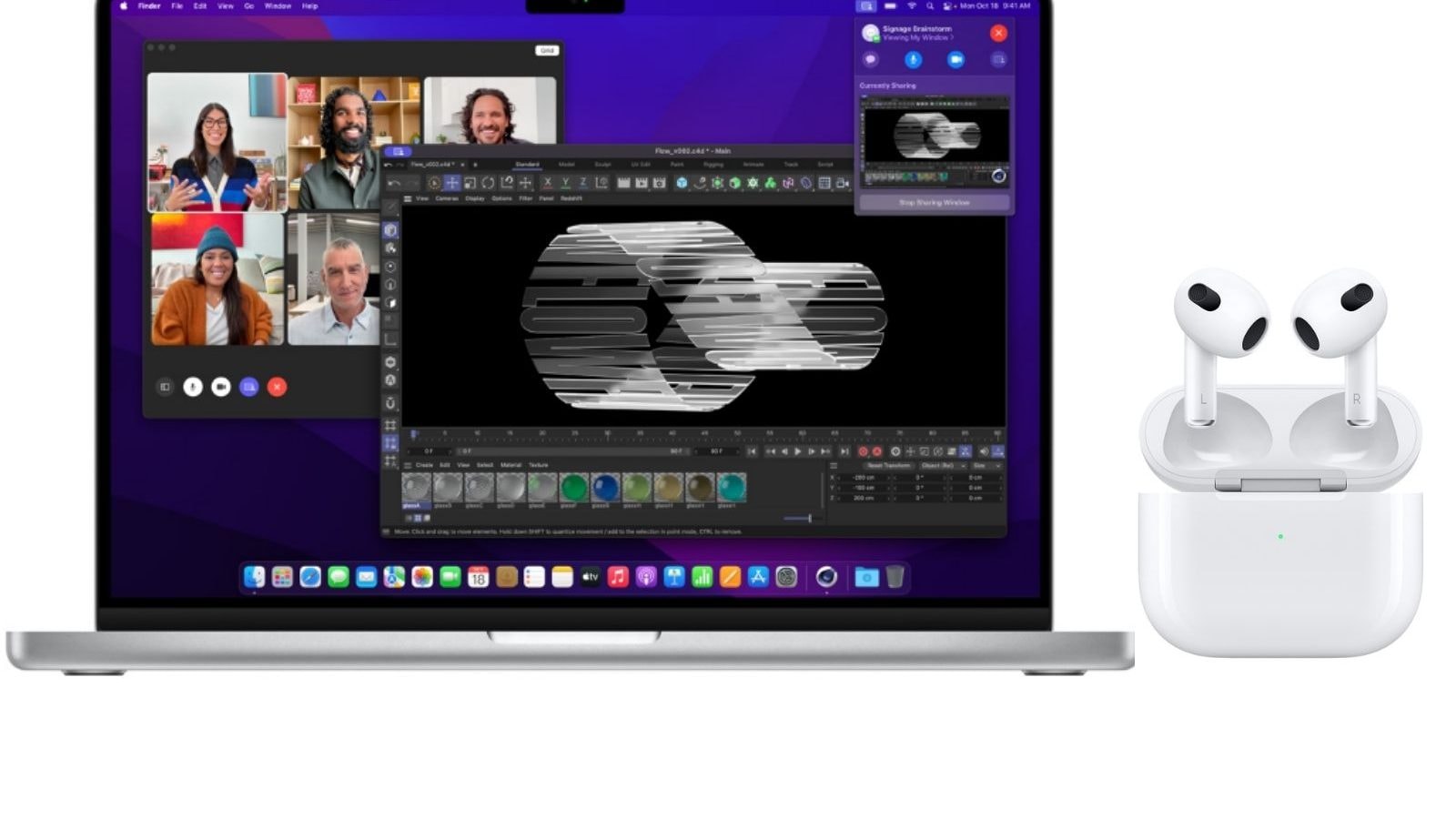 Interested buyers can purchase the AirPods 3 and new M1 Pro and M1 Max-powered MacBook Pro laptops by going to Apple’s official online store. According to the website, the Apple MacBook Pro laptops will be delivered between November 20 to November 26, while the AirPods 3 will be delivered between November 10 to November 13. Apple is also offering EMI options on both offerings. The AirPods 3 also come with Apple’s personlisation option where users can engrave emojis, text, and numbers to make their AirPods more personal. This the company does without any additional cost.

Starting with the design, the front panels of both MacBook Pro 14 and MacBook Pro 16 now come with a notch that features an advanced 1080p front camera. The laptops come with a mini-LED display with a 120Hz refresh rate. Apple calls this the Liquid Retina XDR display with ProMotion technology. The laptops are powered by the M1 Pro and M1 Max chipsets. The M1 Pro and M1 Max come as high-performance versions of the M1 chip that was launched last year. The M1 Pro includes up to 10-core CPU with eight high-performance cores and two low-performance cores, along with up to 16-core GPU. The M1 Max, on the other hand, is said to be the world’s most powerful laptop chip. It has the same 10-core CPU as M1 Pro, but doubles the GPU with up to 32 cores.

Apple has also decided to ditch the touch bar that came with the last MacBook Pro models. Apple has also added loads of ports for “Pro” users such as HDMI and an SD card slot. There are three ThunderBolt ports, and the HDMI port makes a comeback on the MacBook as well.

The new Apple AirPods were unveiled with a new design, that is more similar to the AirPods Pro now, and several new features. The Apple AirPods 3 also come with some premium features that are seen on the AirPods Pro and AirPods Max. These include Spatial Audio that uses Dolby Audio tech to offer a 3D sound effect, and Adaptive EQ that adjusts the sound according to the fit in the user’s ear. Apple has also put a proprietary dynamic driver, that is powered by a custom amplifier to enhance detail.

Apple says that the new earbuds also feature hand-free Siri control while a skin sensor detects when you’re wearing the earbuds, automatically pausing when one is removed. Apple says the newest AirPods are safe for workouts thanks to IPX4 sweat and water resistance. In terms of battery life, users will get up to six hours of listening time and 30 hours of total usage with the charging case. The new case comes with MagSafe charging support, and a new one-touch setup quickly pairs the buds with Apple products.