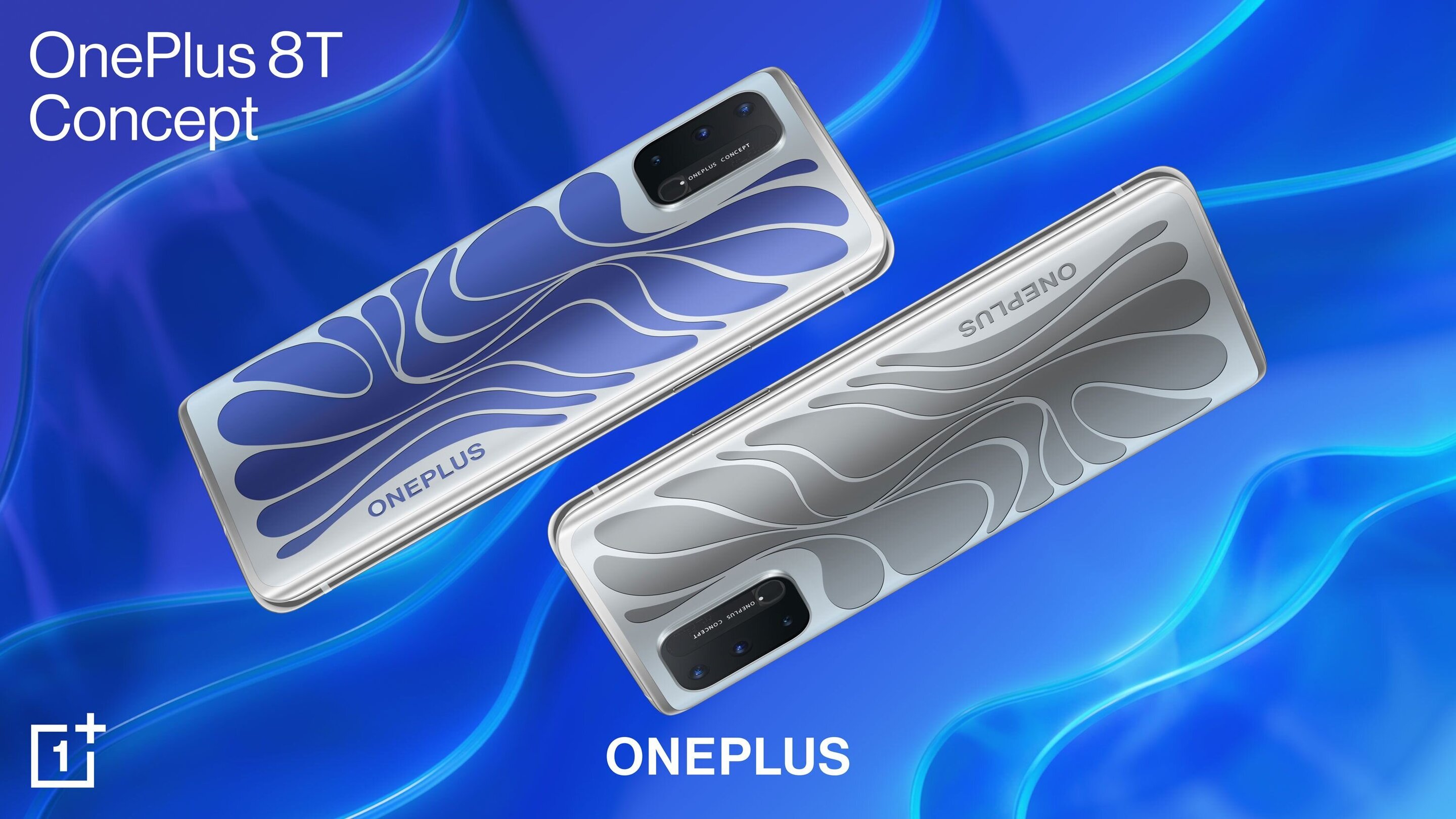 As smartphone manufacturers race to reach faster transmission speeds, greater storage capacities and quicker charging times, it’s a change of pace to find a new phone that ignores all of those pursuits.

Instead, OnePlus showed off a concept phone Monday that marks an interesting change of focus with a couple of engaging new twists. The OnePlus 8T Concept features a coating that can change color. And it takes advantage of mmWave technology to perceive and track objects and activities.

The phone’s glass contains metal oxides that change hue when varying voltages are applied. When a message arrives or a friend calls, the coating can change, for example, from dark blue to silver. The coating is called ECMF, for electronic color, material, and finish. The inspiration for the flowing color pattern was derived from calcite-rich Turkish thermal waters that attracted visitors literally dating back to 8 B.C.

“Our designers took inspiration for these colors from the multi-hued flowing water in the hot springs of Pamukkale, Turkey,” an OnePlus post noted Monday. “Nature has perfected many designs, and by drawing inspiration from Pamukkale and other natural elements, we can craft new interactive experiences that are more natural, intuitive, and effortless.”

The flowing colors can be used in conjunction with a radar module that taps 5G technology to allow the phone to “perceive, image, locate and track objects.” For instance, users can interact with the phone without touching it: When the color changes alert the user to an incoming call from a business client, hand gestures may be used to take the call, open biographical data stored in contacts, or tap into documents outlining past transactions with the caller.

Future applications could include music production, in which hand gestures can boost bass, lower volume, or add reverb effects to audio tracks.

As a concept phone, it will not go into production. It merely serves to display current directions the manufacturer is heading in and encourage interested parties to imagine potential future applications.

Earlier this year, OnePlus released the 8T, which boasted a similar color-shifting feature. The rear glass covering the camera assembly could shift from opaque gray to clear when the camera app is activated. When the app is closed, the glass returned to opaque, thus hiding the cameras housed in a swollen segment of the rear casing. The company referred to this feature as “the invisible camera” since the feature effectively hid the intrusive camera lenses. It was a nod to the fact that as sleek as modern phones are, the usual raised bumps and appearance of three or more ringed lenses put a crimp in the otherwise seamless flow of a phone’s housing.

No date has been set on when any of these features may be applied to a new generation of phones.