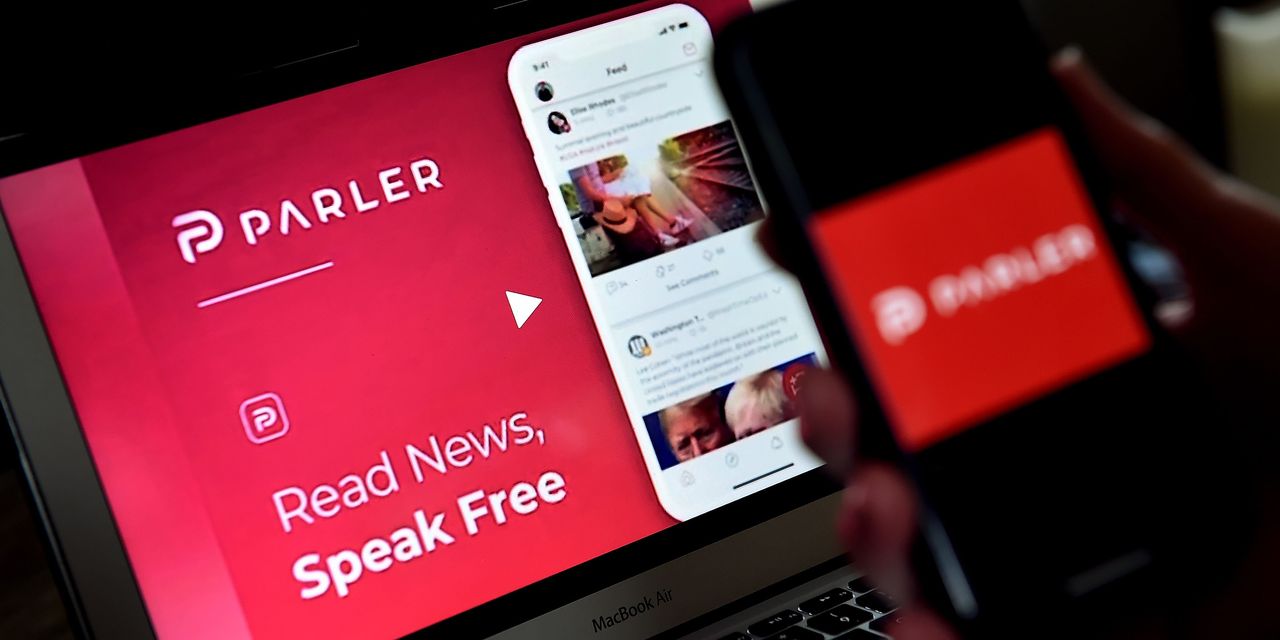 Parler, the social network popular among conservatives and other right-leaning users that was plunged into internet limbo this week, faces a technically complex and costly path to getting back online.

Amazon.com Inc. booted the company from its cloud-computing service Sunday night, knocking Parler offline. To stay alive, the self-professed free-speech social platform must find a new vendor willing to host its data after some of the app’s users stoked last week’s deadly attack on the U.S. Capitol by a mob of Trump supporters seeking to stop certification of the election results. Alternatively, Parler could build its own network infrastructure, although that approach could lead to further delays resuming its service.

Potential cloud operators other than Amazon include Microsoft Corp. and Alphabet Inc.’s Google. The search-giant declined to comment. Last week it pulled Parler from its app store, saying some users’ content incited violence—the same argument Amazon made in withdrawing its service.

Parler was still using Microsoft email services as of Monday. Microsoft said it has had no contact with Parler about hosting its data and wouldn’t comment on customers using its email service.