StreamingPorsha Tackles Optics Of Engagement To Simon In Spin-Off Scene

Porsha Tackles Optics Of Engagement To Simon In Spin-Off Scene 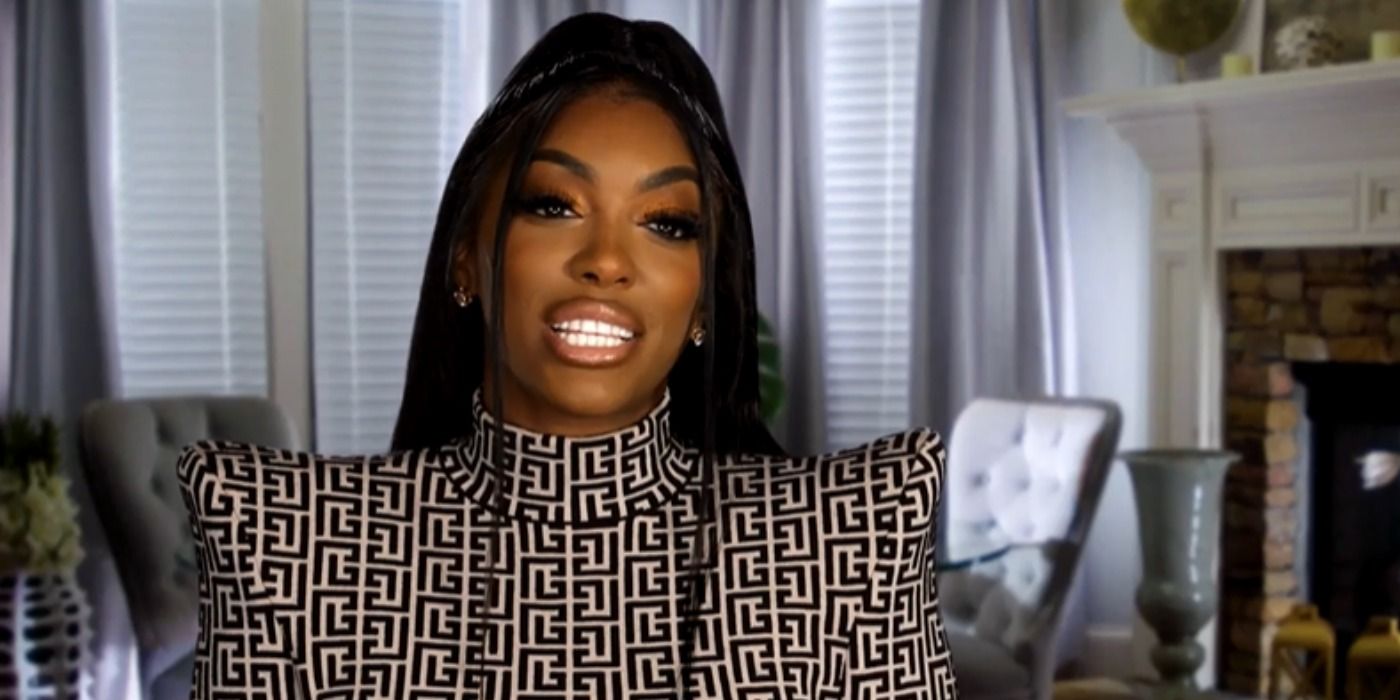 Porsha Williams is addressing all the controversy surrounding her engagement to Simon Guobadia on her very own Real Housewives of Atlanta spinoff.

Porsha Williams is addressing all the controversy surrounding her engagement to Simon Guobadia on The Real Housewives of Atlanta spinoff. The recently departed housewife kicked off the week debuting the official trailer for her new spin-off series Porsha’s Family Matters, and it looks like Porsha’s loved ones put her through the wringer when it came to dating Simon. Porsha blindsided everyone when announcing her engagement to Simon following his divorce from Falynn Guobadia. Now that she’s confirmed her exit from RHOA, Porsha is set to open up in new ways on her first solo spinoff series.

Porsha is the second RHOA star to secure her own spinoff. On the heels of Kim Zolciak-Biermann’s spinoff getting canceled, Porsha is now getting her own chance. Her new show comes after Porsha announced her exits from both Dish Nation and RHOA within a month of each other. Porsha has been making drastic changes in her life since filming for the season 13 reunion wrapped. Fans were disappointed when Porsha confirmed she wouldn’t be included in season 14. But when looking at the trailer for her new spin-off, Porsha is still bringing the drama to Bravo.

The Porsha’s Family Matters spinoff is set to premiere on Bravo on Sunday, November 28. Bravo has unveiled the first look trailer (included below) of Porsha’s new spinoff, so fans upset at her departure from RHOA will certainly be entertained by her spinoff. In the trailer, Porsha’s outspoken family reacts to news of her engagement with Simon and how fast the couple moved. “I have single-handedly pulled my family and friends into my personal s**t,” Porsha says with a laugh before telling her family that she’s Simon’s “fourth wife.” During her family trip to Mexico, Porsha gets grilled by her mom, sister, aunts, cousins, grandmother, and friends. “I want to know why Simon’s three previous marriages didn’t work,” one family member asks while another adds, “How you engaged to a married man?”

The direct questions are exactly what fans want to see Porsha answering. It’s what was expected from her in season 14, but since she left RHOA, it looks like all the tea will be spilled on her own show. It’s also clear why Porsha opted out of returning to RHOA considering how much she addressed on her spinoff. Much like Kim Zolciak-Biermann, Porsha exited RHOA when the pressure became too much. In the trailer, Porsha admits that “the optics don’t look great because people don’t have all the facts,” when it comes to her engagement to Simon. In another clip, Porsha’s ex-fiancé and the father of her daughter Pilar Jhena, Dennis McKinley explains his addition to the dynamic. “Things are never really over with the baby mother,” Dennis says in a confessional. In a later clip, Simon is seen telling Porsha, “I’m always gonna stand my ground. There’s no other man that’s going to speak over me.” Simon is then heard saying, “You need to stay the f**k out of my business,” before a huge physical altercation erupts at the end of the trailer while Porsha cries in Simon’s arms.

It’s an interesting exchange considering that Dennis and Simon were once friends. In fact, he was the reason Simon and Porsha were even introduced. Simon briefly appeared on RHOA season 13 as the then-husband to Falynn. Shortly after the reunion aired, Porsha and Simon announced a relationship and subsequently confirmed their engagement. Porsha did right to address the “optics” surrounding her engagement, but she and Simon are still going strong and headed for their own spinoff series. The trailer comes as details on the cast for The Real Housewives of Atlanta season 14 get revealed. Porsha left the show in good standing, so the door is always open for her to return. Considering how drama-filled her spinoff show looks, however, Porsha might not need to pick back up her peach.

Next: RHOA: Falynn Guobadia Is Engaged To Jaylan Banks

Pokémon: How Hisuian Forms Can Enter The Mainline Series