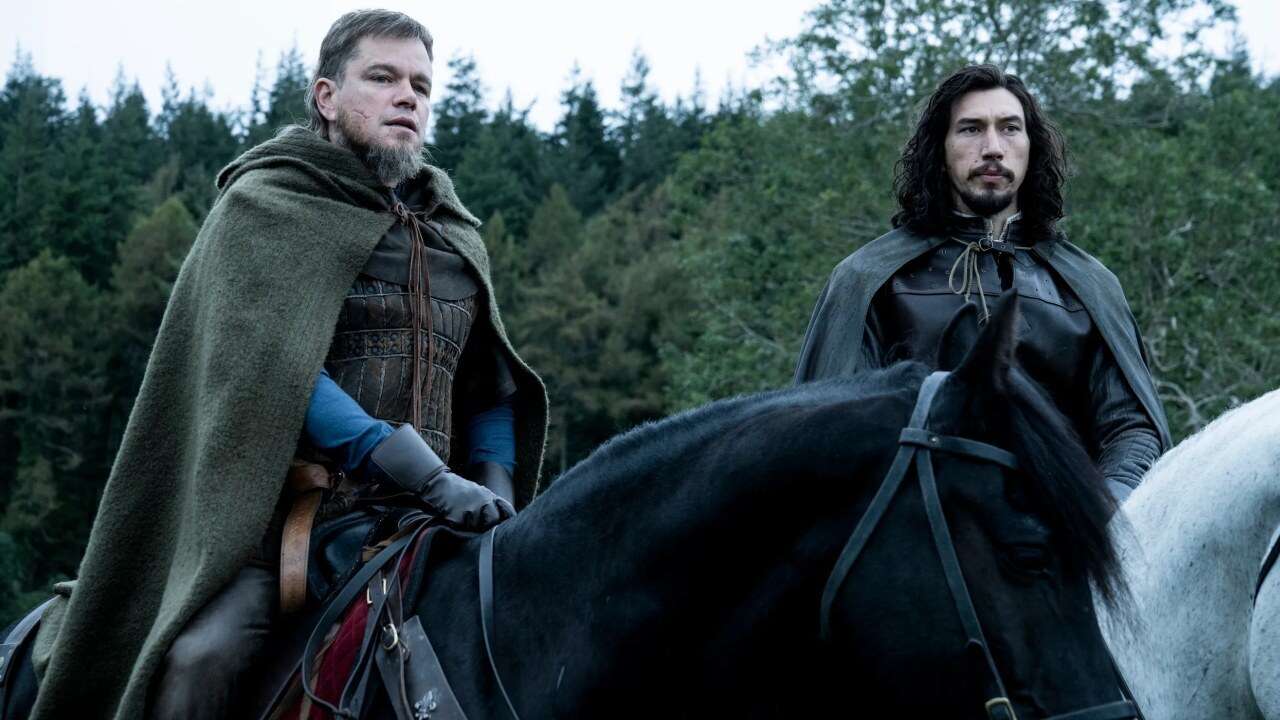 Ridley Scott’s The Last Duel is, according to critics and moviegoers alike, a very good movie. The film has an 85% from critics on Rotten Tomatoes, and the audience score isn’t far behind. The movie tanked at the box office, though, and Scott says it’s all because of smartphones (via The Hollywood Reporter).

It can’t be that it’s an ultra-serious period piece coming out during a very serious time in the United States and elsewhere. It definitely can’t be the fact that theaters are still recovering from the ongoing COVID-19 pandemic, up to and including Marvel Studios movies. It’s definitely not because Matt Damon has a really weird haircut in the movie.

“I think what it boils down to–what we’ve got today [are] the audience who were brought up on these f***ing cellphones,” Scott told Marc Maron on the latest episode of the comedian’s WTF podcast, which debuted earlier today. “The millennian, [who] do not ever want to be taught anything unless you told it on the cellphone.”

“This is a broad stroke, but I think we’re dealing with it right now with Facebook,” the director continued. “This is a misdirection that has happened where it’s given the wrong kind of confidence to this latest generation, I think.”

The Last Duel, which stars Matt Damon, Adam Driver, Jodie Comer, and Ben Affleck hit theaters last month with a dull thud, pulling down $27 million on an estimated $100 million budget. This isn’t the first time the 83-year-old director has railed against Kids These Days. Back in 2017, Scott said that he would rather “keep making smart films” than make superhero movies, pausing only long enough to call his beloved sci-fi film Blade Runner a “comic strip,” and to say that “cinema is mainly pretty bad.” The director’s filmography includes beloved films like Gladiator, The Martian, and Alien, as well as Alien Covenant, a film where

Indeed, huge blockbusters have a big draw at theaters, but the COVID-19 pandemic has only served to exacerbate this. It’s one thing to go to the theater for a known quantity like a Marvel Studios film or Ghostbusters sequel, but a period piece is going to be the kind of thing people are tempted to wait on–it’ll be on streaming before too long, and there just isn’t any of the FOMO associated with a standalone movie like this.

The director’s next film, House of Gucci, which also features Adam Driver in a starring role alongside Lady Gaga and Jared Leto, hits theaters barely a month after The Last Duel, no November 24.

How Much RAM Do You Need? A Guide to Capacity | Digital Trends

No Way Home’s Press Screenings Only Show 40 Minutes of the...