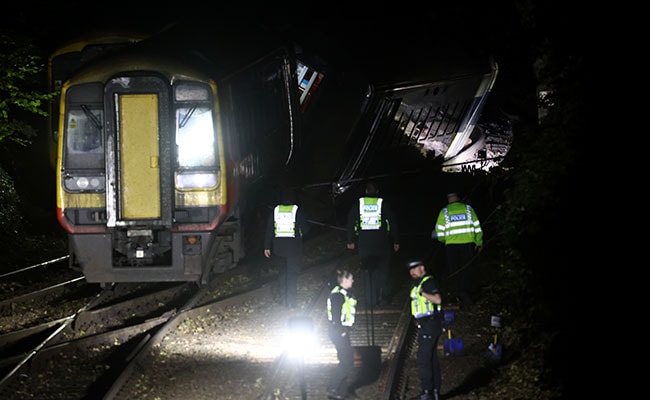 Two trains collided at Fisherton Tunnel in the southwestern English city of Salisbury on Sunday, injuring a number of people, police said, declaring the crash a major incident.

“A number of people have been injured, but thankfully no one has died,” British transport police said.

While most of the people are “walking wounded”, a small number of injured people, including the driver, have been taken to the hospital, the police said in a statement.

Fire trucks and ambulances were at the scene near Salisbury station, police said. The Dorset & Wiltshire Fire and Rescue Service said it has helped evacuate approximately 100 people.

The BBC quoted a spokesman for Network Rail, a track operator, as saying the rear carriage of one train derailed after striking an object on its approach to Salisbury station and the incident disabled all signalling in the area.

The second train then collided with the first one.

The collision involved a South Western Railway and a Great Western service, according to the BBC report.

Great Western Railway said the crash involved a train travelling between Portsmouth and Bristol and another travelling from London’s Waterloo Station to Honiton.

The operator added that it would cooperate with the police in their investigation.

South Western Railway said in a post on Twitter that train service disruptions were expected to last until Nov. 2.

“Officers are continuing to respond to the incident alongside our emergency service colleagues and the line is expected to be shut for some time,” police said.