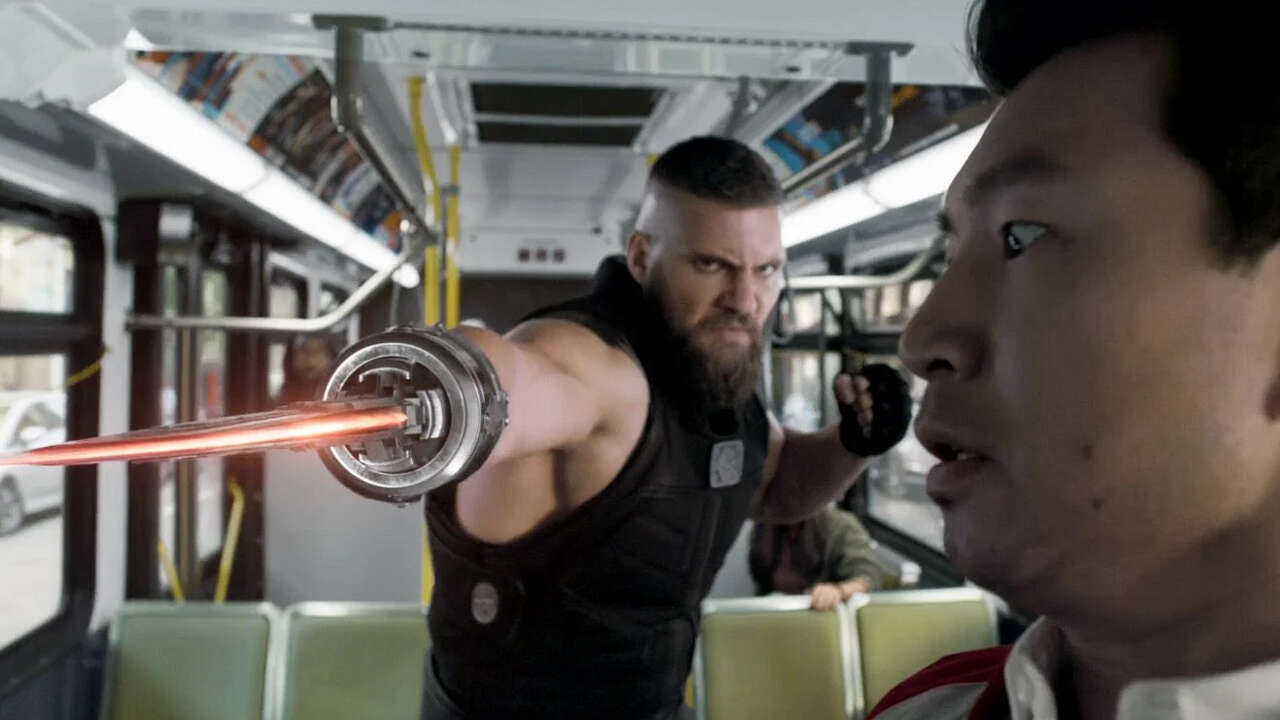 With Shang-Chi and the Legend of the Ten Rings now digitally released, a few features have been released as well. And in one of the deleted scenes for the film, Razor Fist (Florian Munteanu) dies. This is a bit of a contradiction as to what happens in the post-credit sequence as he stands by Xialing’s side.

In “Pep Talk,” Katy and Razor Fist are huddled in a destroyed building, as Katy can’t find the courage to go into battle as she’s just a valet attendant. Razor Fist leans down and tells her, “I’m an amputee from Romania who shouldn’t be here either. But I’ve seen you drive and shoot better than most men in my army. And right now, the only thing that matters is stopping that monster.”

However, Katy’s bow is outside of the building, so Razor First heroically heads into battle, cutting down monsters, to get her bow. As he throws it to her, his soul is taken from his body. Interestingly enough, much of the shots are incomplete with no FX, except for his death sequence. That was completely rendered. This could lead many people to believe that this almost made it into the final cut. Additionally, this is probably the most amount of dialogue Munteanu had during the movie.

Unfortunately, while Shang-Chi is available to watch to all Disney+ subscribers, these deleted scenes are only available currently at online digital marketplaces, like Vudu, which you can also watch on Movies Anywhere after purchase. It’s currently available for $20, which also covers HD and Ultra HD versions of the movie. Additionally, there is audio commentary for the film, featurettes, and a gag reel.

Considering the pandemic, Shang-Chi had a great run theatrically. Domestically, the movie grossed over $220 million and over $430 million worldwide. However, even with this success, the movie didn’t play on a single screen in the world’s largest theatrical market: China. It’s unknown if the movie will release theatrically, but at this point, it probably won’t.

Here’s When You Can Play the ‘Halo Infinite’ Campaign Today