GadgetsMonster
Home Streaming Sorry Blake Shelton, Looks Like Adam Levine May Be At The Start... 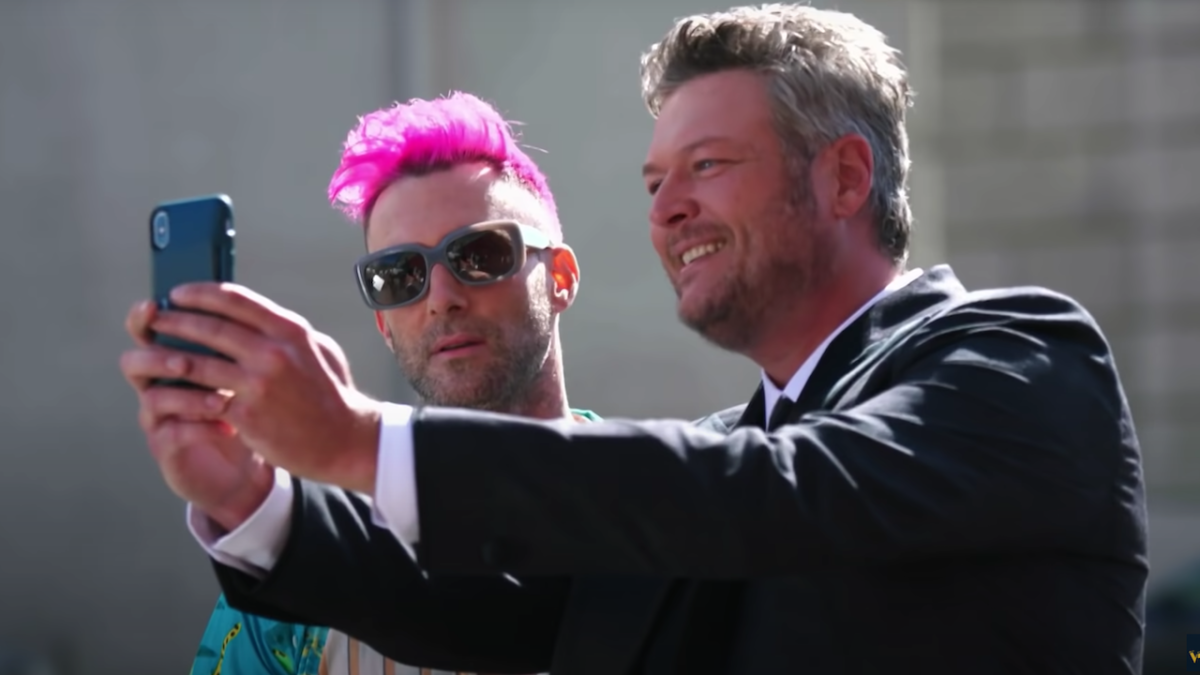 If you ever tuned into NBC’s The Voice at any point before it’s 17th Season in 2020, chances are you’ve seen some major on-screen chemistry between Blake Shelton and Adam Levine of the humorously volatile variety. Although Levine left the show well before Shelton’s possible impending exit, the two were among the show’s very first judges, and they had built a visibly strong bond with one another over the years, even if it is one based on mutual roasting. It now looks like Shelton is completely in Levine’s bestie rear-view, though, as the fan favorite rock star has struck up another bromance that has some serious potential.

Apparently Adam Levine has found a friend in Magic Mike star Channing Tatum. According to E!, Tatum was in attendance at a celebration hosted by Levine and his wife Behati Prinsloo. The couple has joined other Hollywood stars in launching an alcohol brand, and the close-knit gathering was to celebrate their new venture surrounded by friends and family. Tatum not only made the guest-list cut, but he was seen chatting extensively with Levine and having a great time.

It would seem that Channing Tatum and Adam Levine have been in the same social circle for some time, and their friendship has had plenty of time to bloom into the type that earned Tatum an invite to the “intimate” gathering. Levine acted opposite Tatum’s ex wife as her husband in Season 2 of American Horror Story, for instance, and his wedding to Behati Prinsloo was officiated by Jonah Hill, who was Tatum’s comedic co-star in both 21 Jump Street and its sequel 22 Jump Street. The two entertainers have also vacationed together with their families in the past as well.

While it doesn’t seem like this is a brand new bromance, we don’t always see it in action, and it does appear as though Channing Tatum is entering Adam Levine’s inner circle. What does this mean for Levine and Blake Shelton, though? Honestly it looks like the two former colleagues are not as close as they once appeared on screen for The Voice.

Levine wasn’t invited to Shelton’s wedding to Gwen Stefani earlier this year. Granted, it was a small ceremony with only super-close friends and family present, but it’s still some solid evidence that Levine is not in Shelton’s inner circle, despite the Wedding Singer-esque offer previously made by Levine. Seems like he probaly had quite a bit of Calirosa Tequila to sip on if he was feeling down about it, though.

It can be tough to keep up with relationships once a working connection has dissipated, and some friendships are meant to be seasonal. While it’s not clear if that is certainly the case with Adam Levine and Blake Shelton, and the two still have the occasional, distant dig at each other, it’s likely that Levine is entering a closer bromance with Channing Tatum these days. Maybe they’ll both start their own chair-turning talent competition.

Jon Bernthal Is Open to Returning as The Punisher in the MCU, But on One Condition

Gadgets Monster - 0
Chris Hemsworth is best known for playing Thor, but that doesn’t mean his life begins and ends in the Marvel Cinematic Universe. While he’s...

Marvel Fans Are Revisiting This Hit MCU Show While Waiting For...