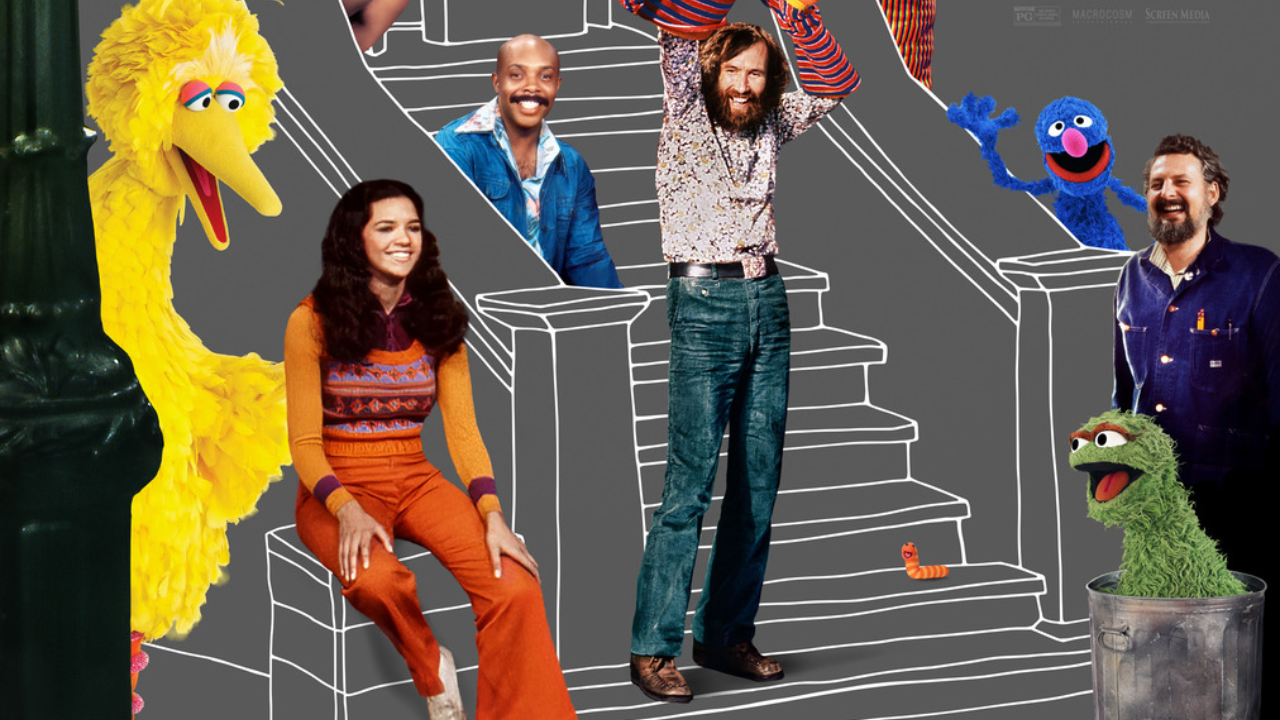 When one hears the words Sesame Street. the young and not so young have memories flood back to them, not just from your childhood, but catching an episode in your teens, or watching with your children, and the connections we have with the program and its residents. Sesame Street has been delivering a message of acceptance and inclusivity with grace for over 50 years. Did I mention it also manages to teach The Three R’s with song and dance and life lessons all rolled into a universally-pleasing package? Street Gang: How We Got to Sesame Street, an HBO Original documentary, shows us how a gang of visionary creators changed our world.

Sonia Manzano, who played a Sesame Street resident Maria for 44 years, describes the inital impact the program had on her. “It was a stunning image. I remember being stunned when I saw the show for the first time. I was a college student at Carnegie Mellon University, and there was James Earl Jones reciting the alphabet. And then, they cut to Susan, the African American actress Loretta Long, on this urban street. And I was stunned because I am Puerto Rican, from the Bronx, and I was raised in the ’50s, loved television, never saw anybody who looked like me. And I began to feel on some level that I was invisible. I didn’t know what I would contribute to a society that was determined not to see me. So when I saw that show, I was absolutely thrilled.”

When asked how she planned to portray Maria, she repsonds, “I became Maria and never lost sight of myself as a little kid watching television. I watched television to find comfort and order in what seemed to me a tumultuous world. So when I became Maria, I never forgot that. And I always assumed that some kid was out there watching me, looking for the same comfort that I looked to find on Leave It To Beaver except this is going to be better (laughter) because I was one of them.”

Director Marilyn Agrelo set the scene for the premiere of this history-making program. “So in 1969, Sesame Street unveils, and there is a African American couple who live in the same neighborhood with their white neighbors. Yes, with Big Bird and several other Muppets, but it’s a very integrated cast, the first time this is ever seen on television. In Jackson, Miss., the public television station received a lot of complaints, and they stopped airing the show. Miraculously, a commercial station in Jackson said if the public station won’t air it, then we will. This is just an example of how groundbreaking this was. It’s quite something.”

When Argrelo is asked if the show has stayed close to its roots, these 50 years later, of explaining the modern world to children, she shares with an example, “I think Sesame Street is addressing the world as it is in the same way that they did then. I know that they have started writing moments where they’re explaining what a protest is. Certainly, every child in America has seen the Black Lives Matter protests in the streets and sort of the upheaval that’s happening in our society again, like it did in 1969. So Sesame Street continues to try to interpret the world with authenticity to really help explain to them what is happening around them.”

Sesame Street has been punk rock since its inception, and they have an embarrassment of riches in the stars who are honored and awed to be immersed in the neighborhood surrounded by old friends of their youth. Check out Billie Eilish and Dave Grohl crooning with the gang. Case closed.

Street Gang: How We Got to Sesame Street premieres December 13 on HBO Max.

After appearing in Doom Patrol, the Dead Boy Detectives are getting their own HBO Max series with recast leads.

After Rumors Swirled About Taylor Swift And Kanye West’s Nominations, The Grammys Have Responded