Tejasswi Prakash Tells Karan Kundrra, ‘I’m Yours’; He Says ‘I Feel Lucky to Have You’ 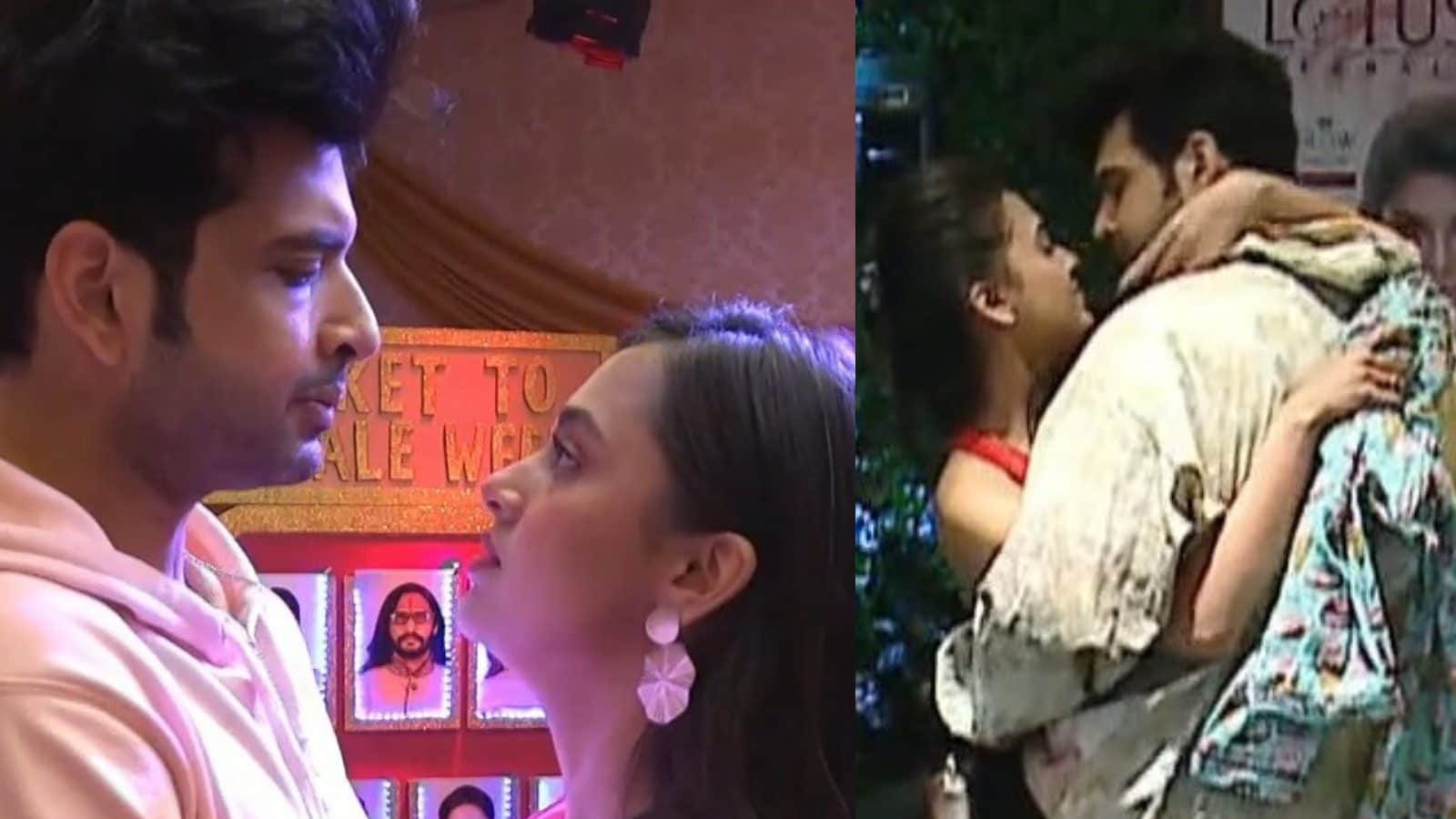 After being at loggerheads lately, Karan Kundrra and Tejasswi Prakash have declared their love for each other.

After weeks of fighting with each other, lovebirds Karan Kundrra and Tejasswi Prakash have finally patched up on Bigg Boss 15. In recent Weekend Ka Vaar, Karan was bashed for disrespectfully talking to Tejasswi and not taking a stand for her despite her being his girlfriend.

In the most recent episode, Tejasswi spoke to Karan and shared that maybe the differences between them are cropping up because she hasn’t openly expressed and admitted her love for him. To which, Karan says, ‘maybe.’

Tejasswi Prakash then says, ‘I Love You’ to Karan Kundrra and makes him believe that nobody else is more important to her than him. She further calls herself to be the “luckiest girl” to have him and adds, “I am yours”. Karan blushes, hugs and tells her, “I am also lucky to have you.” Tejasswi also tells Karan that they have to remain strong as a team. She tells him that everyone tries to create differences between them. Karan agrees and they promise to be there for each other.

Meanwhile, Kashmera Shah, who appeared on Sunday’s episode of Bigg Boss 15, slammed Karan for his behaviour towards Tejasswi. Kashmera said that the way Karan misbehaves with Tajasswi, he doesn’t deserve to be in the top 5. In the earlier episode, Salman Khan also lashed out at Karan for not standing up for his girlfriend on the show.

On Saturday’s Weekend Ka Vaar, Salman Khan also told Tejasswi Prakash that she has not been Karan Kundrra’s priority on the show despite being his girlfriend. Salman said that Karan always supported his friend Umar Riaz over Tejasswi.