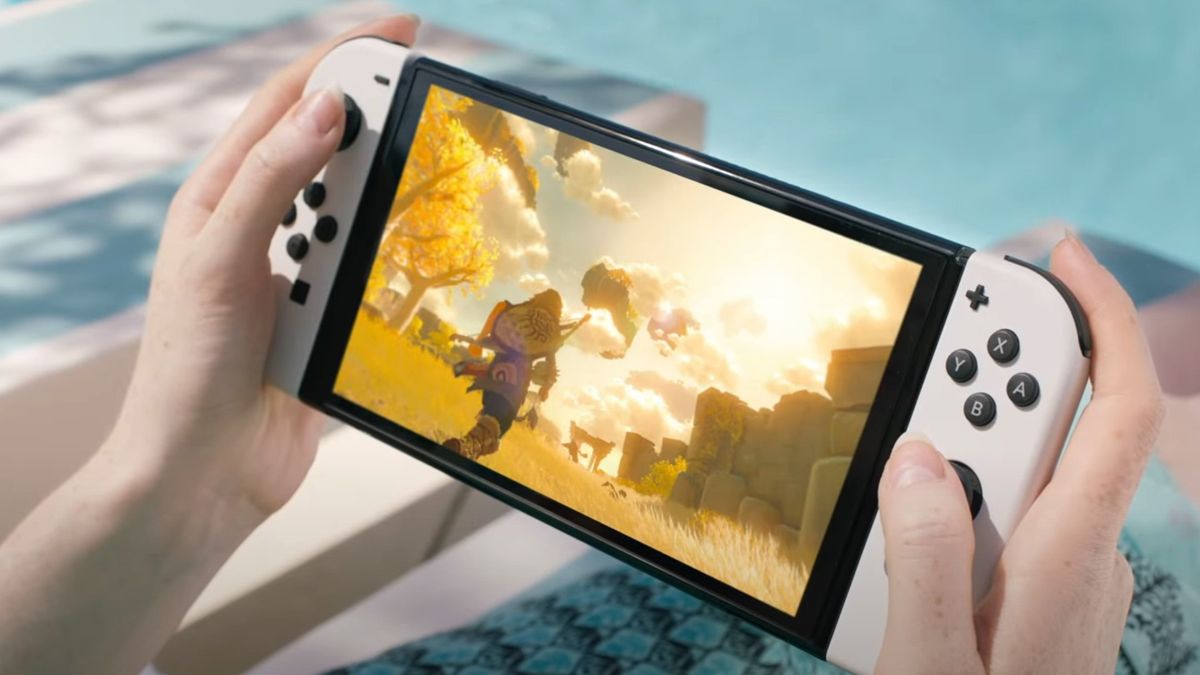 One of the biggest surprises of the Nintendo Switch OLED is just how great the new enhanced speakers sound. They’re a drastic improvement over the original Switch’s speakers and mean you don’t need to immediately grab a pair of headphones when playing your favorite games.

But why do the Nintendo Switch OLED enhanced speakers sound so good compared to the previous models?

In a Q&A discussing the development of the Nintendo Switch OLED, deputy general manager of technology developer Toru Yamashita outlined how the company opted for a custom closed-type speaker solution in the Switch OLED, as opposed to the open-type speakers used in the past.

“The speaker parts themselves were changed. If you listen and compare them, you’ll be able to notice the difference,” said Yamashita-san. “In order to make use of the changed speakers, we had to redesign the mechanism that leads to the produced sound and the structure around the speakers.

And that’s certainly what we found in our Nintendo Switch OLED review. The enhanced speakers deliver a punchier, clearer sound at higher volumes, and that’s only possible due to the closed-type speakers Nintendo is using, Yamashita-san says.

“Speakers produce sound from both the front and back by their vibrations. Closed-type speakers produce a clearer sound by preventing the collision of sound coming from the front and back.” Yamashita-san explains. “These closed types are often also used in smartphones and tablets, but those devices mostly use speakers that are already manufactured in a closed format and are incorporated as is.

“But, in order to adopt speakers that would be as big as possible within the limited space inside Nintendo Switch – OLED Model while producing satisfactory audio quality and acoustic pressure, we needed to use the structure of the console and design a sealed space at the back ourselves.”

Analysis: one of the Switch OLED’s best features

Even though the Nintendo Switch OLED misses the mark in several aspects – there are no improvements when playing in TV mode, no graphical upgrades to speak of, and a horrible new Game Card slot that is needlessly difficult to open – the console is still the best version of the Nintendo Switch to date.

While it’s difficult to recommend the Switch OLED to those who already own Nintendo’s hybrid console, the gorgeous OLED panel, enhanced speakers, redesigned kickstand, and extra storage at least make it a tempting proposition, albeit, not a necessary one.