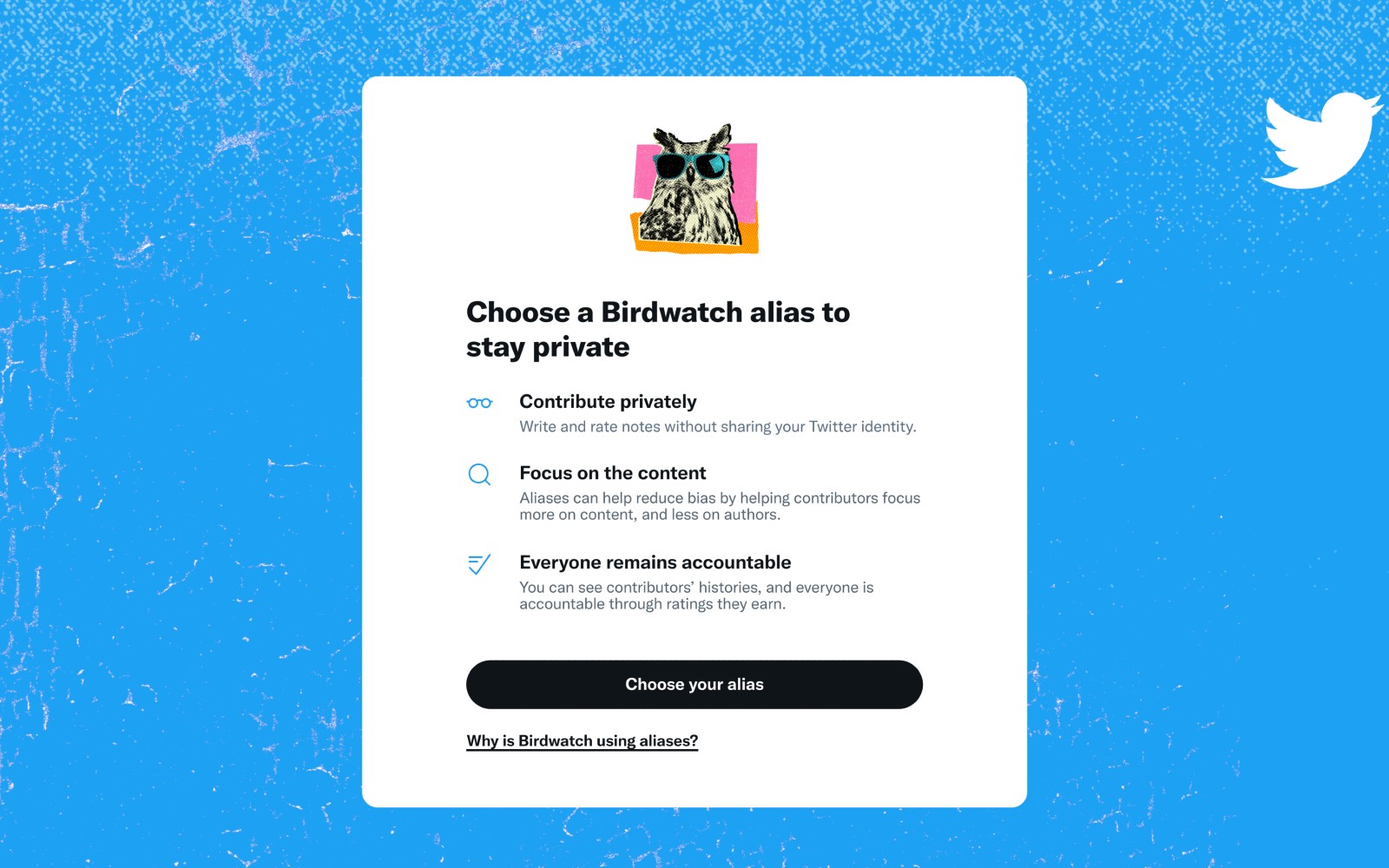 Since the start of the year, Twitter has operated a pilot program called that has seen it crowdsource fact checks directly from other Twitter users. It’s now introducing a way for program participants to conceal their identity when they append a note to someone’s tweet. Starting today, the company says it will automatically generate aliases for new Birdwatch users that aren’t publicly associated with their Twitter accounts.

“We want everyone to feel comfortable contributing to Birdwatch, and aliases let you write and rate notes without sharing your Twitter username,” the company said in a . Its hope is that the feature will reduce bias by putting an emphasis on what people write in notes they leave instead of their identity. , it says aliases may also make people feel comfortable with “crossing partisan lines, or criticizing their own side without the prospect of peer pressure or retribution.”

Alongside aliases, Twitter is also rolling out profile pages that will make it easy to see someone’s past Birdwatch contributions. The company says it’s doing this to ensure aliases don’t come “at the expense of accountability.” To that end, each note on someone’s public profile will include the current rating that contribution has earned, letting you know what the community thinks of it. Hopefully, that’s something that helps with the that has dogged the program.

For those who joined Birdwatch before today’s announcement, all their previous contributions will now fall under their new alias. Since some people may be able to infer a connection between someone’s Birdwatch profile and Twitter username based on fact checks they saw before today’s feature rollout, the company says program participants can DM the Birdwatch account about deleting their past contributions.

The head of Instagram will take the hot seat in a congressional hearing.

The Easiest Way to Find Someone the Perfect Gift

Gadgets Monster - 0
After a two-year absence, ABC’s Live in Front of a Studio Audience returned this week, giving audiences another burst of nostalgia with recreations of...