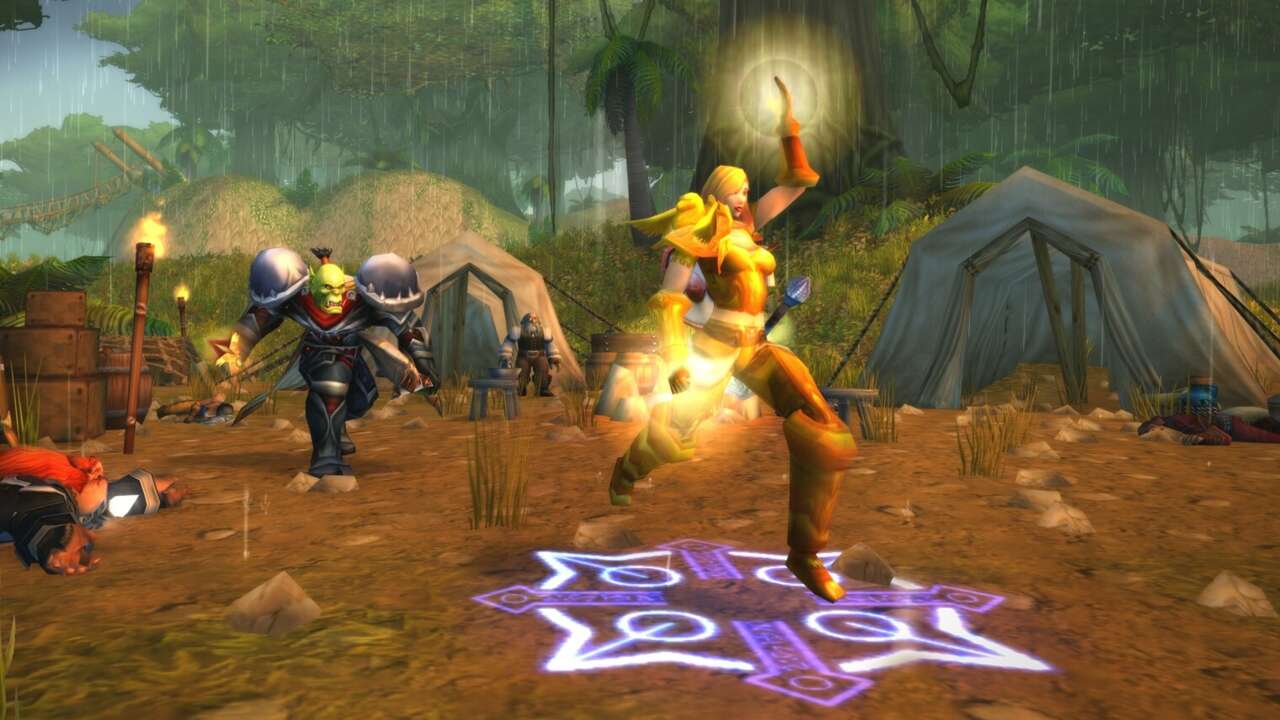 Last week’s launch of World of Warcraft Classic Season of Mastery has seen many of the game’s most dedicated players take on the “hardcore” challenge of attempting to reach level 60 without dying. After more than three days of playtime, a leveling duo has become the first players to accomplish the impressive feat on the game’s new seasonal servers.

As reported by Wowhead, players Tommysalami and Tactics achieved the world-first challenge, hitting level 60 after 76 hours of playtime with a paladin and rogue duo. The team used a leveling guide add-on called RestedXP, which both players have worked on and contributed to, in order to achieve their goal.

Hardcore WoW is a community-drive playstyle in which players attempt to see how far they can go without dying, and often times also means refusing to use things like the in-game auction house or receiving assistance from non-hardcore players. Dying while playing a hardcore character means taking a vow to delete or never play the slain character again.

WoW Classic Season of Mastery includes some support for official hardcore play for the first time, as players can talk to a specific NPC to receive a “Soul of Iron” buff denoting that the player has yet to be killed. The buff is lost upon death, though the game doesn’t go so far to automatically delete defeated characters.

The race for world-first hardcore level 60 was neck-and-neck between Tommysalami and Tactics and a well-known player named Jokerd, who previously achieved world-first level 60 in WoW Classic back in 2019. Jokerd’s hardcore character was killed at level 50 after more than 50 hours of playtime, causing him to delete his character live on stream.

For hardcore players who do make it all the way to level 60, the next step will be attempting to clear the game’s first raid, Molten Core, without dying. Season of Mastery features raid bosses with more health and additional mechanics, which means hardcore players may have their work cut out for them.

How Much RAM Do You Need? A Guide to Capacity | Digital Trends

Gadgets Monster - 0
Vicky Kaushal-Katrina Kaif wedding : Actress' sisters and family arrive at her residence to kick off celebrations Katrina Kaif's fan has rightly pointed out that...

No Way Home’s Press Screenings Only Show 40 Minutes of the...