What Katrina Kaif Said About Her Rumoured Wedding To Vicky Kaushal 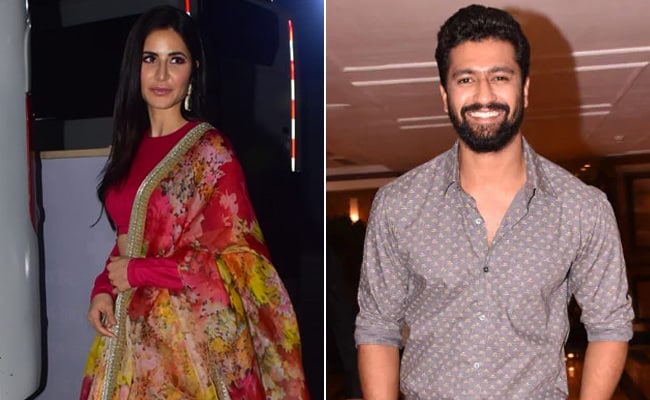 Katrina and Vicky are rumoured to have been dating for a while now.

Are Katrina Kaif and Vicky Kaushal getting married in Rajasthan’s Sawai Madhopur this December? Not really, the actress told BollywoodLife in an exclusive interview. Katrina and Vicky are rumoured to have been dating for a while now and on Wednesday, a publication reported that the duo have finalized a royal palace named Six Senses Fort Barwara in Sawai Madhopur for their wedding in the first week of December. The publication, in a separate report, also quoted a source saying that Katrina Kaif and Vicky Kaushal are getting their wedding outfits designed by Sabyasachi. However, Katrina Kaif has now denied all the rumours about her wedding. The actress told BollywoodLife that the rumours aren’t true and she isn’t getting married.

When asked if she has any idea what fuelled these wedding rumours, Katrina Kaif said: “That’s a question I have for last 15 years.”

ETimes recently claimed that Katrina Kaif and Vicky Kaushal are getting married by the year end. They quoted a source saying: “Their wedding outfits are being designed by Sabyasachi. They are currently in the process of choosing fabrics for the same; Katrina has chosen a raw silk number for her ensemble, which is going to be a lehenga. The wedding will take place in November-December.” ETimes also shared details about Katrina Kaif and Vicky Kaushal’s rumoured wedding venue.

Rumours about Katrina Kaif and Vicky Kaushal’s wedding surfaced once again after the duo were spotted together at celebrity manager Reshma Shetty’s office in Bandra on Tuesday.

Earlier this month, Vicky Kaushal told ETimes in an interview that he will “get engaged soon enough.” He was asked about the rumours of his engagement with the actress, after which he smiled and said: “The news was circulated by your friends (media). I’ll get engaged soon enough, when the time is right. Uska bhi time aayega (the time will come).”

Back in August, Katrina Kaif’s spokesperson strictly denied rumours about her engagement with Vicky Kaushal, with whom she has been spotted on several occasions. The actor had also laughed off rumoured about his engagement back then.