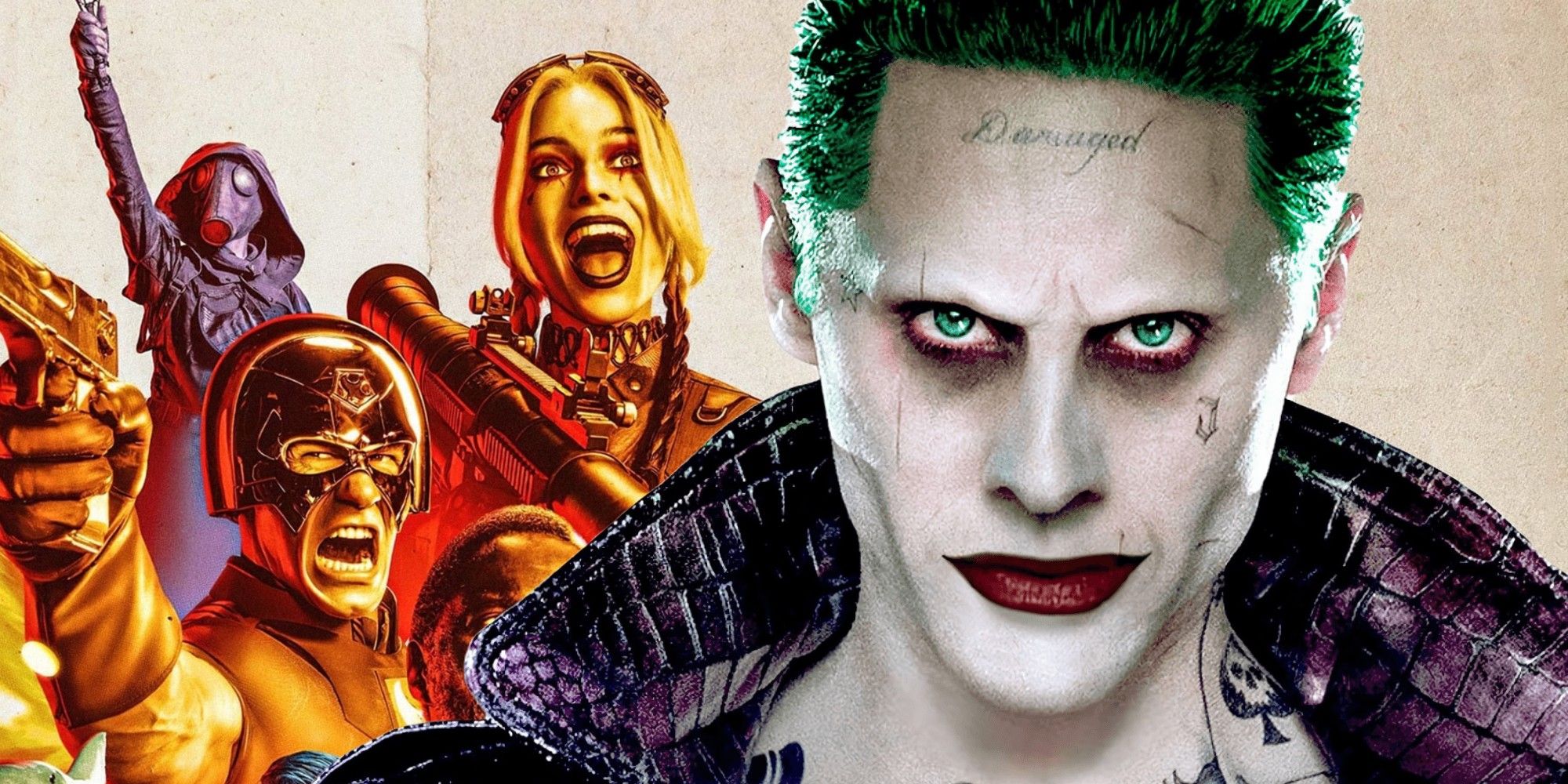 Jared Leto’s Joker didn’t appear in The Suicide Squad, and now writer/director James Gunn explains why he left Batman’s villain out of the movie.

The Suicide Squad director James Gunn explains why he didn’t want to include Joker. The Clown Prince of Crime joined the DC Extended Universe back in 2016 when Jared Leto appeared in David Ayer’s Suicide Squad. Despite minimal screentime, the look of Leto’s Joker became quite divisive, as did Ayer’s movie. This led Warner Bros. and DC Films to move in a different direction with the franchise’s future, which included bringing Gunn into the fold for a sequel/reboot.

Due to the response to Jared Leto’s Joker, his DCEU future became incredibly murky. Audiences last saw him in the main DCEU continuity freeing Harley Quinn (Margot Robbie) from prison at the end of Suicide Squad, but Birds of Prey (And the Fantabulous Emancipation of One Harley Quinn) confirmed the couple’s breakup. There were reports that WB and DC were interested in a Joker solo movie starring Leto – even after Joaquin Phoenix’s – but that project hasn’t gained any traction. Some hoped that Joker would once again be in The Suicide Squad, but James Gunn left him out of the movie.

It’s been months since The Suicide Squad’s release, and Gunn’s DCEU movie received great reviews. In a new interview with Desde Hollywood (via Comicbook), the writer/director again addressed the decision to leave Joker out of the movie. He cites the excellent work others have done in adapting Joker and wanting to elevate obscure characters as reasons why The Suicide Squad didn’t feature the Joker. Read his full quote below:

There’s all sorts of other characters I’m interested in doing. Joker isn’t really one of them. He’s been done well so many times by so many people. I am much more interested in taking characters who haven’t fully had their shot, or people who I [connect with].

James Gunn’s explanation for why Joker isn’t in The Suicide Squad makes perfect sense. He either would’ve had to potentially reinvent Jared Leto’s Joker or recast him for the DCEU’s future, and either option would still draw comparisons to other versions of Joker. While Gunn could’ve helped create another great iteration of Batman’s iconic villain, he instead had much more freedom focusing on lesser-known characters. As a result, the likes of Peacemaker (John Cena), Bloodsport (Idris Elba), Ratcatcher 2 (Daniela Melchior), King Shark (Sylvester Stallone), and Polka-Dot Man (David Dastmalchian) became popular characters in pop culture.

Based on Gunn’s thoughts about Joker, fans shouldn’t expect him to appear in future DC projects he’s involved with either. Joker wouldn’t fit with Peacemaker based on what is known about the HBO Max DC series. WB and DC haven’t confirmed that Gunn will return to direct a sequel to The Suicide Squad, but it is expected to happen eventually. When it does, fans probably shouldn’t hold out hope for a Joker appearance there either.

More: Other DC Villain Movies James Gunn Could Do After Suicide Squad

Cooper Hood is a news and feature writer for Screen Rant. He joined Screen Rant in late 2016 following a year-long stint with MCU Exchange, which came after first developing an MCU blog of his own. He graduated college in 2016 with a Bachelor’s degree in Media & Public Communication, with a minor in Media Production. Cooper’s love for movies began by watching Toy Story and Lion King on repeat as a child, but it wasn’t until The Avengers that he took an invested interest in movies and the filmmaking process, leading him to discover the world of film journalism. Every year Cooper looks forward to seeing the latest blockbusters from the likes of Marvel, DC, and Star Wars, but also loves the rush to catch up on Oscar films near the end of the year. When he isn’t writing about or watching new releases, Cooper is a fantasy football obsessive and looking to expand his Blu-Ray collection – because physical media is still king! Follow Cooper on Twitter @MovieCooper.