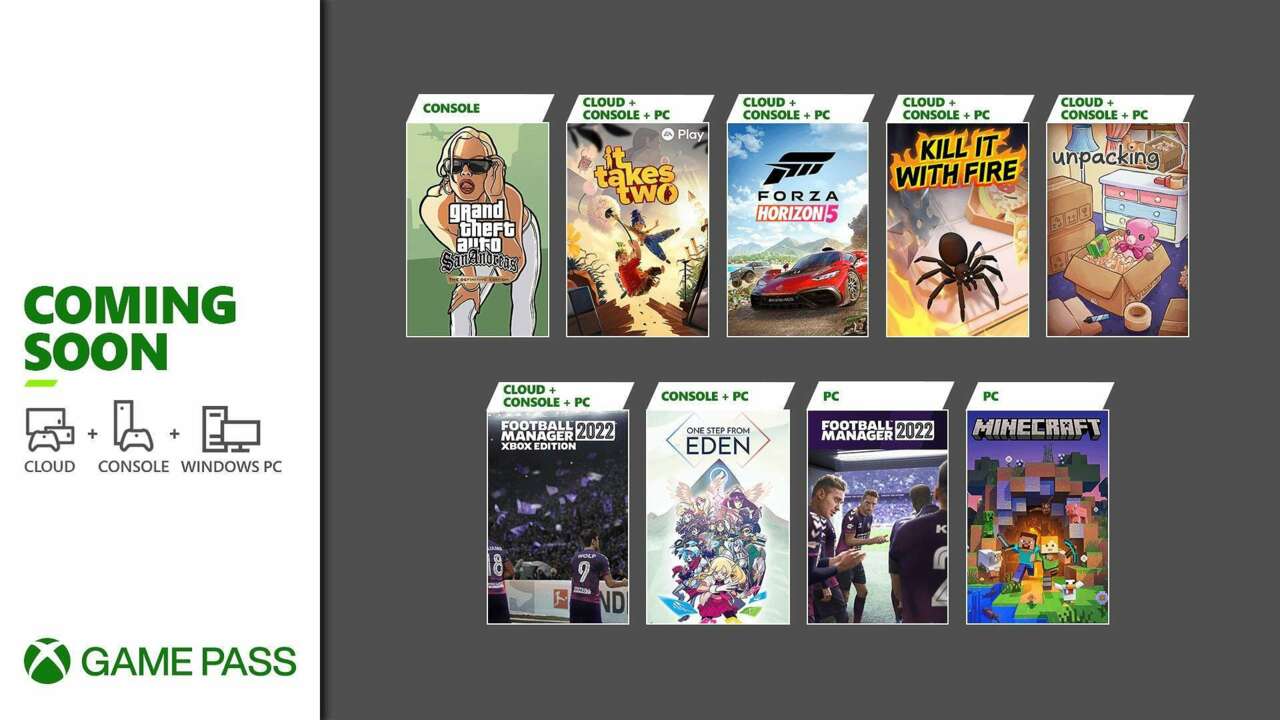 It’s a new month, and that means a fresh set of titles are coming to Xbox Game Pass. Microsoft has now listed off nine titles coming to the catalog in the first half of November, with presumably a second wave to be announced later, if history is any indication.

Perhaps the biggest release of November for Game Pass is Forza Horizon 5, which launches on November 9 for console, PC, and the cloud. GTA: San Andreas — The Definitive Edition then comes to Game Pass for Xbox on November 11 on launch day. The only way to get all three games in the package–GTA III, Vice City, and San Andreas–however, is to buy the GTA The Trilogy – The Definitive Edition.

Also on November 11, the deck-building/real-time action game One Step from Eden comes to Game Pass for console and PC.

Microsoft normally announces a second wave of Game Pass titles later in the month, so keep checking back with GameSpot for more.